A full guide to everything you need to know about Sling TV's channels. 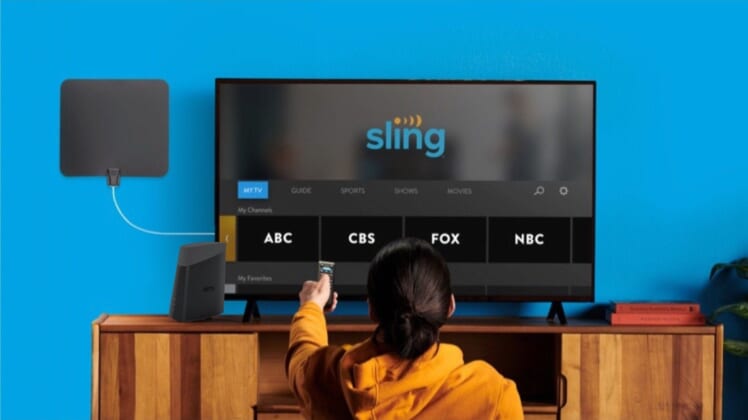 Sling TV is the perfect option for anyone looking for a cheaper alternative to traditional cable. Unlike other streaming services, Sling divides its most popular channels into two primary packages: Sling Orange and Sling Blue. Both packages offer over 30 channels for just $35 a month, making it one of the most affordable live streaming services on the market.

Sling TV channels give you access to live TV programming from various genres, including entertainment, kids, lifestyle, news, and sports. Some channels even offer on-demand content for binge-worthy shows and movies.

Using the Sling TV app, you can keep up with the latest game on iOS and Android devices or take your favorite shows wherever you go. In this Sling TV channel lineup, we explain exactly what you’ll get with each plan and add-on to help you decide if Sling is right for you.

How much does Sling TV cost?

Sling offers two main packages: Sling Orange and Sling Blue. Each plan starts at $35 a month or both can be combined for $50 a month, offering subscribers a significant discount. Some channels for these plans overlap, but each one holds unique channels that you can’t get with the other. This makes Sling one of the most affordable streaming services on the market, with competitors like Hulu, YouTube TV, and FuboTV closer to $65 per month.

For example, Sling Orange offers 32 channels, including several Disney and ESPN networks that you won’t find on Sling Blue. In contrast, Sling Blue offers a slightly larger variety at 42 channels. Sling Blue channels include FOX Sports 1, USA, Bravo, and local NBC and FOX networks, depending on your location.

Sling TV packages also offer a variety of add-on channels and genre-based packages to enhance your channel selection. Starting at $5 a month, users can get add-on packages like Kids Extras, Sports Extras, and Comedy Extras, each offering a bundle of related channels. There are also several premium add-ons, including Showtime ($10 a month) and Starz ($9 a month), as well as a collection of à la carte channels to choose from.

Sling Orange and Sling Blue each offer unique channel selections. Sling TV users can select their favorite plan or combine them with Sling Orange + Blue for an appealing discount. Below, you can see a list of the complete channel lineup for each of these two packages.

What add-on channels are available on Sling TV?

The Total TV Deal ($21/month) includes all seven of Sling’s extra channel packages: Sports, Comedy, Kids, News, Lifestyle, Hollywood, and Heartland — a combined value of $45. With this bundle, you’ll also get DVR Plus, which gives you an extra 200 hours of storage and the ability to protect your favorite recordings.

Channels in the Comedy Extra package include:

The Kids Extra package is currently exclusive to Sling Blue subscribers. If you have Sling Orange, you can access this package as part of the Total TV Deal or the 4 Extras Deal.

Channels in the Kids Extra package include:

Channels in the News Extra package include:

Channels in the Lifestyle Extra package include:

Channels in the Hollywood Extra package include:

Channels in the Heartland Extra package include:

AMC Plus is not a live TV channel. Instead, you’ll get access to on-demand series and movies.

On-demand services in the AMC Plus package include:

Channels in the Showtime package include:

Channels in the Epix package include:

Channels in the Starz package include:

In addition to add-on packages, Sling offers a variety of individual add-on channels to choose from:

From NASCAR lovers to diehard football fans to college sports supporters, Sling offers something for everyone. The service comes with a variety of sports channels in its lineup, offering unique channels depending on the package you choose.

For example, the Sling Orange plan comes with major sports channels like ESPN, ESPN 2, and ESPN 3. With this plan, you’ll have access to major events from various sports categories, including baseball, basketball, football, golf, and tennis. It also comes with Stadium, which focuses on live broadcasts of college sporting events.

While Sling doesn’t offer the widest variety of sports channels compared to other streaming services like FuboTV, you’ll get all the major networks you need to keep up with your favorite games. If you like the channel lineup on both plans and aren’t sure which to choose, opt for the Sling Orange + Blue plan. This bundle comes with all Sling channels from both packages, giving you the best variety possible.

For Sling Orange subscribers, this package gives you 15 extra sports channels, including:

When it comes to local channel availability, Sling trails a bit behind the competition. With a Sling Blue or Sling Orange + Blue subscription, viewers in select cities have access to FOX and NBC with the purchase of an AirTV device and HD antenna. However, Sling is noticeably missing local channels from major networks like ABC, CBS, and PBS — these aren’t offered to help keep subscription costs low. Click here to see the full list of locations with local channels.

How does Sling TV’s channels list compare to other streaming services?

Sling TV is a great, budget-friendly option for live TV streaming. However, it does come with a few quirks. For example, you won’t have access to certain premium channels like HBO, sports are divided between the Orange and Blue plans, and you might need an HD antenna to access local channel options. With these quirks in mind, you might need to do more research than you would when signing up for Hulu + Live TV or YouTube TV.

The competition is more streamlined, keeping the catalog in a straightforward plan, but there’s no denying Sling’s value. Many viewers can happily enjoy a Sling Blue or Sling Orange subscription and add on a few extra channels to catch their favorite shows or sporting events. For those who want more variety, the Sling Orange + Blue bundle offers a wide array of channels while still keeping the monthly cost lower than its competitors.

While Sling TV may not be the most streamlined with its channels list divided between Sling Orange and Sling Blue plans, it’s a great option for viewers who value customization and want to keep subscription costs low. It offers a wide variety of channels to choose from, with the exception of a few major networks. However, for viewers who simply want full channel availability, options such as Hulu + Live TV or FuboTV may be a better fit.

How does Sling TV work?

Sling TV offers two main subscription options: Sling Orange and Sling Blue — each offering a different selection of channels. After choosing which subscription plan you’d like (or combining them for a discount), choose from their available add-on packages and channels for the perfect roundup.

What are the downsides to Sling TV?

The biggest downside to Sling TV is its lack of local TV channel availability. Only select cities have access to local channels, and those from major networks like ABC, CBS, and PBS aren’t included in the channel lineup.

Is Sling TV offered at a reasonable price?

Sling TV offers lower prices than other streaming services, such as Hulu + Live TV and YouTube TV. As a result, watching Sling TV is the ideal choice for viewers looking for a cheaper alternative to traditional cable.

How do I pause or cancel my Sling TV subscription?