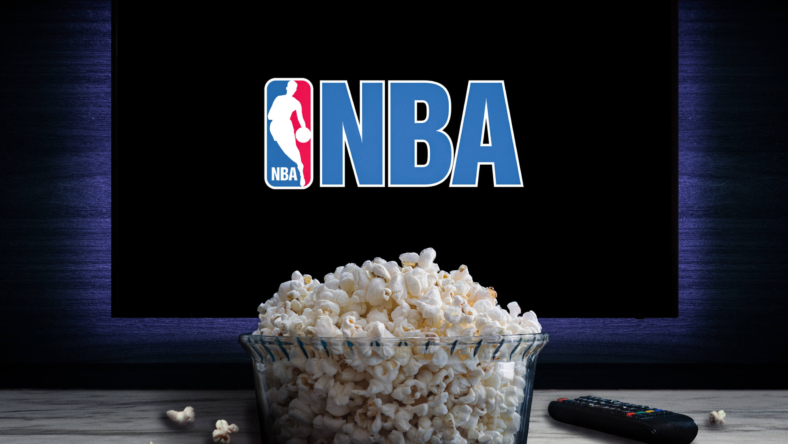 The traditional way of watching sports is honestly a little ridiculous. You have to be at home? Who has time for that? If you’d prefer to watch on the go, all you have to do is learn how to watch NBA TV live without cable.

Not only can you catch the game anywhere, but thanks to added perks like cloud DVR services, you also have the option of recording it and watching it later. Just stay off social media, so you don’t see the result prematurely.

NBA TV is one of the best options for watching the National Basketball Association. Not only does it carry a lot of games, but NBA TV also is home to original programming like “Game of the Day” and “NBA TV Originals.” It’s also where you’ll find some of the best basketball-focused news programming on the airwaves.

How to watch NBA TV with Sling TV

Sling TV is one of the most budget-friendly options for watching NBA TV, as well as a lot of other programming. You can sign up here.

Sling TV breaks down its sports offerings between the different packages. Sling Orange is best for sports overall, but Sling Blue tends to focus on professional sports, while Orange is aimed at college sports. If you want access to NBA TV, you’ll need to invest in the Sports Extra add-on package for an extra $11 per month. This package also includes access to the SEC Network, the MLB Network, and more.

How to watch NBA TV with FuboTV

FuboTV started out as a sports-only streaming package but later expanded to include more content. Its roots are still evident, though, and you can sign up for it here.

FuboTV’s channel options are mostly the same, but some may be limited by your geographic location. The streaming service offers three main plans: Pro, Elite, and Ultimate; plus, there’s a Latino plan for Spanish-speaking audiences. Packages start at $69.99 per month.

If the name doesn’t give it away, FuboTV began as a football streaming service, specifically soccer and American football. Now it carries channels of every kind in addition to sports. The high number of offerings means there’s something for everyone, but sports fans will get the most benefit thanks to the incredible amount of programming that comes with FuboTV.

If you want to watch NBA TV, you’ll need the Elite plan at $79.99 per month. Another option is to just invest in the Pro Plan and add on Fubo Extra for an additional $7.99 per month, but the additional benefits of the Elite plan make it worth the $2 you might save by customizing your plan.

How to watch NBA TV with DIRECTV STREAM

DIRECTV STREAM is a no-commitment option for streaming live TV. There are four plans, starting at $69.99 per month: Entertainment, Choice, Ultimate, and Premier.

DIRECTV STREAM is home to almost every sports channel you can think of. If you’re seeking a way to watch NBA TV, you’ll need to invest in at least the Choice plan. This package includes a lot of other sports channels like ESPNU, SEC Network, and much more. There’s a free trial you can try out to see if you enjoy DIRECTV STREAM, but there’s also a special promotion right now where you can get your first two months for only $69.99 per month plus tax.

Youtube TV is probably one of the easiest ways to stream live TV, especially for people who already have a Google account and use Youtube on a regular basis. You can sign up here.

Youtube TV is an entirely cloud-based streaming service based on the Youtube platform. It offers two plans: the Base Plan for $64.99 per month, or the Spanish Plan for $34.99 per month.

Right out of the gate, Youtube TV offers almost all the sports channels you could hope for (including NBA TV). You’ll also get access to the MLB Network, the NFL Network, and much more. You can further customize these channels with add-on networks, as well as the Sports Plus add-on, which gives access to NFL Redzone, Fox Soccer Plus, SportsGrid, and more.

How to watch NBA TV on supported streaming devices

As long as a streaming device supports one of the services that carry NBA TV, you can watch all of your favorite teams tear up the hardwood.

Is live sports streaming worth it?

There’s something about kicking back on the couch with a cold one and watching your favorite team dominate. On the other hand, life is busy; you can’t always guarantee you’ll be at home when the game comes on. With sports streaming, you can catch the action from anywhere. Worst-case scenario, you can record the game and watch it later when you get home. These are all benefits you won’t get with traditional cable.

How can I watch live NBA games without cable?

You can watch your favorite NBA teams on NBA TV. All you need is a streaming service that supports it, and then you can fire up your phone or tablet from anywhere (even tucked away in the back corner of your kids’ dance recital).

Where can I stream NBA TV?

How can I watch basketball games for free without cable?

While it’s hard to find games for free, you can get a free trial of different streaming services if you’re only trying to catch one or two games. Right now, Youtube TV has a free trial, as does FuboTV and DIRECTV STREAM.