There is no event from the UFC tonight. Following an action-packed UFC San Diego card on Saturday last week, the MMA world leader returns to pay-per-view with UFC 278 in Utah.

UFC Tonight: Welterweight gold is on the line in Utah

On Aug. 20, the organization’s lone PPV for the month will see the Octagon make a rare visit to Salt Lake City, Utah for UFC 278.

The event inside the Vivint Arena will be headlined by a welterweight title fight pitting champion, and pound-for-pound king, Kamaru Usman against top contender Leon Edwards. The matchup will be a rematch of the pair’s first bout, which was won by Usman in 2015.

Related: UFC predictions – We pick winners for several of the biggest bouts on the next UFC card 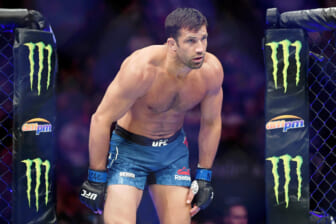 On Sept. 3, the UFC makes its debut in France with a card headlined by arguably the nation’s greatest MMA export, Ciryl Gane.

In the main event of UFC Paris, two fighters in the top five of the Sportsnaut UFC heavyweight rankings in Gane and Tai Tuivasa will battle with hopes of scoring a championship opportunity in their next fights. The matchup is a wild clash of styles between two successful strikers who do things in very different ways.

The card from inside the Accor Arena also features former middleweight champion Robert Whittaker and a barrage of Octagon veterans like Marvin Vettori, Joaquin Buckley, Nasrat Haqparast, and John Makdessi. 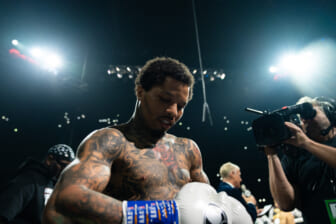 Also Read:
Gervonta Davis Next Fight: Who will be ‘Tank’s’ next victim?

How to watch UFC Paris on Sept. 3

The organization’s lone pay-per-view event for September sees the return of one of the UFC’s most popular fighters when Nate Diaz makes what could be his final appearance in the Octagon to battle rising welterweight star Khamzat Chimaev.

The card from inside the T-Mobile Arena in Las Vegas also features the return of several talented UFC veterans like Irene Aldana, Johnny Walker, Norma Dumont, and Hakeem Dawodu. 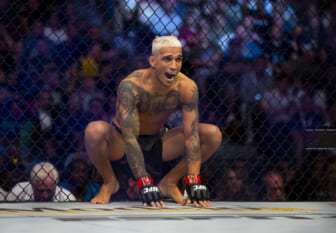