Click here to check out the latest NASCAR standings at the conclusion of each Cup, Xfinity, and Truck Series race during the 2023 season.

Before checking out the NASCAR schedule for the 2023 season, here are the final 2022 NASCAR standings. Sportsnaut’s NASCAR power rankings will also provide additional perspective on where eligible drivers stand over the association’s 36-race schedule. 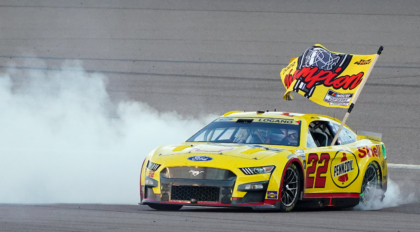 What does NASCAR stand for?

NASCAR stands for National Association for Stock Car Auto Racing, which is best known for stock car racing in the United States of America. The sport was founded by Bill France Sr. in 1984 and his son, Jim France, has been the CEO since August 2018.

Sportsnaut will provide the latest NASCAR results throughout the 2023 season, with the NASCAR standings updated after each event.

How many drivers make the NASCAR playoffs?

The NASCAR playoffs consist of 16 drivers that are locked in by wins or points if there are not enough winners. Four drivers are eliminated every three races until there are four left. The final four compete in the Championship 4 event at Phoenix Raceway. The rest of the NASCAR standings for playoff drivers are determined through total points.

Related: NASCAR drivers for the Cup, Xfinity, and Truck Series in 2023

Who won the NASCAR Cup Series championship in 2022?

Joey Logano won the 2022 NASCAR Cup Series championship after beating out Ross Chastain, Christopher Bell, and Chase Elliott at Phoenix Raceway. Logano became the second active multi-time champion alongside Kyle Busch despite not having a strong year in the overall NASCAR standings.