How To Watch NFL RedZone Live Without Cable 2022

Catch every hail mary, touchdown, and anything in between with NFL Redzone this season. 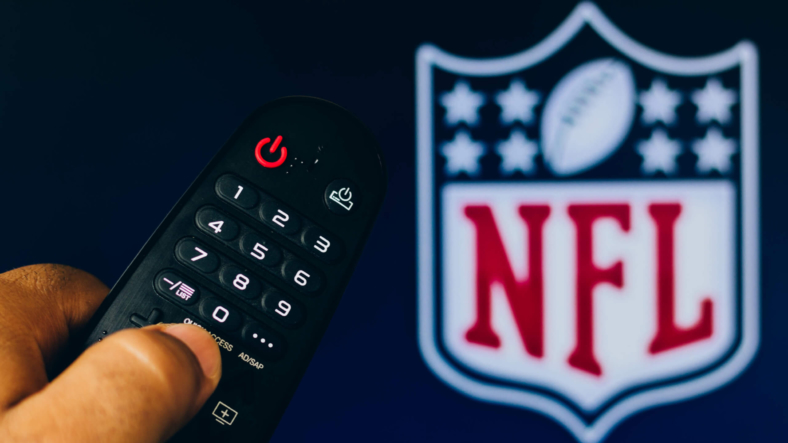 How many times have you found yourself out and about on errands when your favorite teams are lining up for kickoff? If you’re only sports options are at home, you may miss precious minutes of the game — but with a streaming service, you can catch all the action live, no matter where you are. With NFL RedZone, you can watch your favorite team from anywhere on any Sunday throughout the season.

What is NFL RedZone?

NFL RedZone is, much like the name suggests, a sports channel that airs football games during the NFL regular season. It’s owned by the NFL Network and offers commercial-free coverage to NFL fans on Sundays. It’s also a great pick for fantasy football coaches, as you can stay up to date on all the action, all the time.

How to watch NFL RedZone with Sling TV (Our Preferred Service)

Sling TV has three different plan options, but you’ll have to sign up for the Sling Blue or the Sling Orange and Blue plans combined with the Sports Extra package in order to gain access to NFL RedZone this season.

What is Sling TV?

Sling TV is the live streaming branch of Dish Network. It gives users access to customizable plans at a lower cost than many competitors but limits options depending on the chosen package. Though there is no free trial, Sling TV is currently offering a promotion that gives new users half off their first month.

Sling TV’s offerings are split between sports and family content, entertainment and news content, and a plan that encompasses everything. Sports options between the Blue and Orange plans include ESPN, FS1, MotorTrend, NFL Network, and more. If you want more options, you can purchase the Sports Extra plan for an additional $11 per month, which includes NBA TV, the MLB Network, the NHL Network, and more.

The primary benefit of Sling TV versus the competition is the cost. At $35 (or even $50) per month plus the $11 monthly add-on for Sports Extra, it’s still less expensive than Hulu + Live TV.

How to watch NFL RedZone with Hulu + Live TV

Hulu + Live TV is one of the most comprehensive live TV streaming options anywhere and has more channels than most competitors. You can sign up for the service through the sign-up page on its website.

Hulu + Live TV only offers two base plans: one with ads, one without. However, the service offers multiple add-on options to further customize your streaming.

Hulu + Live TV has a lot of sports channels by default, including ESPN, FS1, SEC, and ACCN. You’ll also get access to other sports channels like the Golf Channel, the overall NFL Network, and even the Big Ten Network. However, if you want access to NFL RedZone, you’ll need their Sports Add-on — an extra $9.99 per month on top of the standard streaming costs. It includes seven hours of live football coverage every Sunday afternoon for the entire season.

If you’re a football fan, this is one of the single best options out there for streaming NFL RedZone content.

YouTube TV is often considered a secondary service to YouTube, but it’s a great option that strikes a balance between channel options and affordability and offers a free trial to see if this is the right streaming service for you.

YouTube TV is a live TV service offering from YouTube with more than 100 networks and cloud-based DVR options. There are two plans to choose from, although one is catered specifically to Spanish-speaking audiences.

In addition to things like “Baseball Tonight” or live college football, YouTube TV airs more niche content like “Ted Nugent Spirit of the Wild” or “Monster Jam.” That’s on top of ESPN, FS1, NFL RedZone, and more. The service is $54.99 for the first three months, after which it goes up to $64.99 per month. However, like Sling TV, you’ll have to purchase the Sports Plus Add-On to get access to NFL RedZone. This is an extra $10.99 per month.

In the end, YouTube TV and Hulu + Live TV cost relatively the same for access to NFL RedZone. If you’re on a budget, Sling TV is the way to go.

How to watch NFL RedZone with FuboTV

FuboTV started out as a sports-specific service but has since expanded to include a full television lineup. Thankfully for NFL fans, it still holds tightly to its roots. You can sign up and try it out for seven days free to make sure FuboTV is where you want to be streaming from every Sunday.

FuboTV is an online replacement for cable, with full channel lineups available from the most popular networks. Full availability is determined by geographic location; for example, someone living in Georgia will get networks specific to Georgia that someone in Washington might not. FuboTV offers three main plans to choose from, plus one Spanish-speaking package.

FuboTV gives football fans access to all of their favorite channels, including options like ABC, the SEC Network, and ESPN. To access the NFL RedZone, you’ll need to subscribe to the Ultimate package or add the Sports Plus add-on for $10.99 per month. The good news is, the Sports Plus add-on also comes with at least 25 other sports channels, including Stadium and ESPNU.

How to watch NFL RedZone on supported streaming devices

NFL RedZone isn’t a streaming service by itself, so any device that supports Hulu + Live TV, Sling TV, YouTube TV, or FuboTV will give access to the channel — provided, of course, that you’ve signed up for it. Options to do so include the following:

How to watch NFL RedZone on the app

Fans in the United States can watch NFL RedZone content through the NFL Network app, available on both iOS and Android devices. Of course, this requires a subscription to a package that carries NFL RedZone, so make sure you sign up for one of the streaming services mentioned in this article.

Is live sports streaming worth it?

Streaming live sports doesn’t just give you access on the go. It’s usually more affordable, too. If you’re a busy sports fan that wants to watch NFL RedZone and your Sundays are always jam packed full of work or family events, streaming is a great option. With all the options listed in the article it ultimately comes down to which streaming service is best going to meet your needs this NFL season.

How do I get NFL RedZone without cable?

Can I stream NFL RedZone?

You can stream NFL RedZone through the NFL Network mobile app or through a qualifying participating streaming service.

Does Amazon Prime include NFL RedZone?

Amazon Prime doesn’t include NFL RedZone, although members can watch “Thursday Night Football” as part of their subscription.