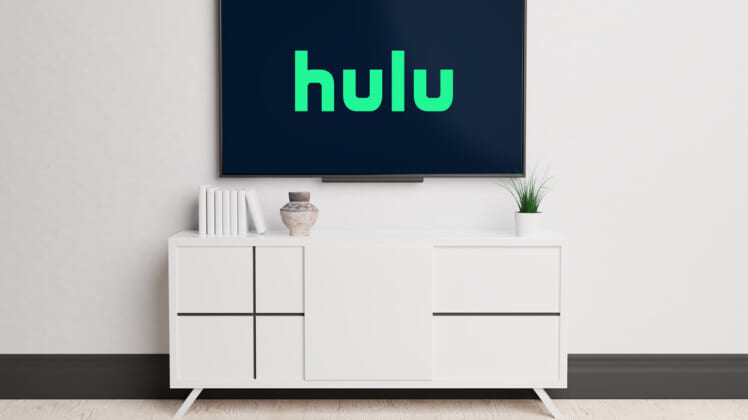 Hulu is a top subscription streaming service that provides on-demand TV shows, movies, and live channels for users. The service has a few different plans, most notably the Hulu + Live TV package that provides thousands of on-demand moves and TV shows as well as national and local channels. The Hulu channels list is extensive with over 75 channels, including major networks from NBC, ESPN, National Geographic, and even Nickelodeon. Customers who want to go beyond the standard Hulu channels list can easily buy add-on packages, which offer increased access to premium channels featuring live sports, entertainment, and more.

Hulu + Live TV gives you access to these channels without having to sign up for cable television. Besides being cheaper than cable, you can also benefit from features like Hulu’s recommendation algorithm, user-friendly interface, and exclusive on-demand content. You’ll also be able to record live TV and store up to 50 hours each month. Compared to other live TV streaming services, Hulu + Live TV is a solid option in terms of price and quality.

How much does Hulu Live TV cost?

The basic Hulu + Live TV package costs $69.99 a month, including content from Disney Plus and ESPN Plus. With this, you get more than 75 live channels and access to on-demand content. For $75.99 a month, you can upgrade this package to Hulu (No Ads) + Live TV, meaning you can watch streaming content uninterrupted by ad breaks. You can also buy add-on channels, which will increase your monthly costs.

This price point places Hulu + Live TV towards the higher end of the spectrum for online streaming services, but similar to other top competitors, such as YouTube TV, which comes in at $64.99 a month. Other options like Sling TV ($35 a month) are more affordable, but offer significantly fewer channels and no on-demand content.

Hulu + Live TV comes with a wide variety of channels to suit all tastes. There are more than 75 channels, including local networks. These include:

What add-on channels are available on Hulu + Live TV?

There are four different add-on channels available with Hulu + Live TV. Each one gives you access to content, including binge-worthy series, movies, comedy specials, live sports, documentaries, and more.

Hulu + Live TV has a competitive offering of sports channels, including many of the most popular networks and specialist offerings dedicated to just one sport. Whether you want year-round baseball coverage, the latest on your local football team, or access to lesser-known sports like lacrosse or curling, Hulu + Live TV has you covered.

The Hulu + Live TV interface also offers special features for sports fans. These include record and watch (with up to 50 hours of storage), the ability to watch live sports on two screens simultaneously, push notifications when games are about to begin, and game recommendations based on your personal preferences.

The following sports channels (in the chart below) are included in the regular Hulu + Live TV package. There’s also the option of purchasing the Sports add-on to get extra channels for $9.99 a month.

You can access local channels through the service TV guide. If you’re traveling, Hulu + Live TV updates in order to show local content wherever you are. Access to live channels may depend on your location, but coverage extends to most top 200 cities.

How does the Hulu + Live TV channels list compare to other streaming services?

Hulu + Live TV has one of the largest channel lists of any major live TV streaming service, covering a wide range of subject areas. It also provides popular channels, including all the major networks (NBC, CBS, ABC, Fox, etc.) along with others like the Discovery Channel and MTV.

The amount of major channels on Hulu + Live TV sets it apart from the competition, especially with the new addition of Disney Plus and ESPN Plus. Other services may be better for customers looking for a cheaper service or a more specialized channels list. But for those looking for a high-quality live TV streaming service, Hulu + Live TV delivers great content, especially considering that Hulu’s streaming library with exclusive TV shows and movies is included in the price.

Is the Hulu + Live TV channels list worth it?

Although Hulu + Live TV doesn’t offer the largest channel list, it includes a wide range of well-known and respected channels that cover general and more specific interests for a range of age groups. For a high-quality live TV subscription that will cater to multiple users (such as an entire family), Hulu + Live TV is hard to beat, especially for anyone wanting to ditch traditional cable services.

An added bonus is that Hulu’s high-quality, on-demand content is included in the price for Hulu + Live TV. This is a benefit that other services can’t match. In the library, the Hulu algorithm will also tailor content suggestions to your preferences. Additional features, such as the user-friendly interface, recordings, and rental services help make the Hulu user-experience simple and effective. For sports fans, features like push notifications before games begin are a bonus, too.

What’s the difference between Hulu and Hulu + Live TV?

How does Hulu + Live TV work?

Accessing Hulu Live TV is simple. To do so, launch the Hulu app and select “Live TV” on the Home screen. From there, you can select the live channel you wish to watch. Local channels update automatically depending on where you are when you access the app.

The baseline Hulu + Live TV package only includes 50 hours of DVR storage and isn’t ad-free. To upgrade these features, you have to pay more. Similarly, if you want extra channels or to watch Hulu + Live TV on more than two screens at once, you’ll need to pay for upgrades. Depending on the extra services you want, the cost of add-ons can significantly increase the overall price of your Hulu package.

Is Hulu + Live TV offered at a reasonable price?

Hulu + Live TV costs $69.99 a month with the option of purchasing extra features. This means it’s one of the more costly live TV streaming services. However, it offers a wide range of live channels, exclusive on-demand content, and it’s considered a high-quality product, meaning many customers may find the price reasonable for what it gives.