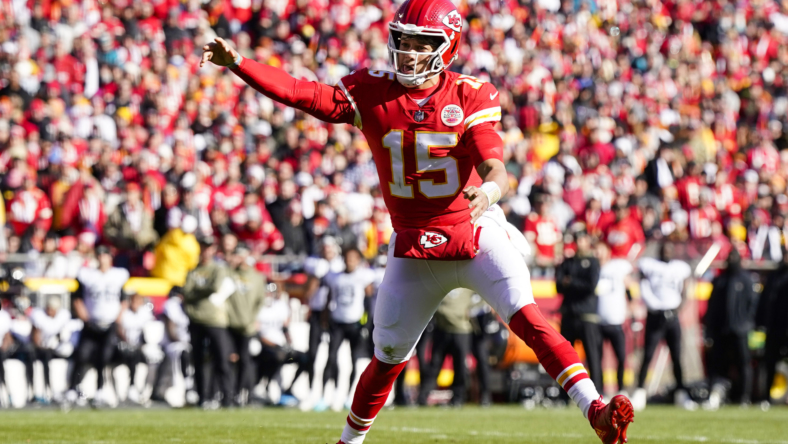 The Sportsnaut Week 11 fantasy football rankings break down the most important positions in fantasy, evaluating individual matchups, recent performances, and injuries for the best players in the NFL. Bookmark this page for updates leading up to every game.

As always, the NFL injury report and bye weeks have a significant impact on fantasy football rankings this time of year. NFL stars like Kyler Murray and Keenan Allen are uncertain for Week 11. Meanwhile, Cooper Kupp, Ja’Marr Chase and Marquise Brown are sidelined.

Before diving into our fantasy rankings for Week 11, here are the NFL teams on a bye this week.

There is a massive tier in the Week 11 fantasy QB rankings that separate the elite options and everyone else. Justin Fields is unleashed in the new version of the Chicago Bears offense, racking up 325 rushing yards and averaging 11.6 ypc (ESPN) in the last two weeks. Against a bad Atlanta Falcons defense, Fields could easily finish as QB1 in Week 11.

Fantasy managers should feel confident about the top nine quarterbacked this weekend. Joe Burrow faces a Steelers’ defense that has allowed the second-most passing touchdowns (18) this season and Justin Herbert battles a Kansas City Chiefs’ secondary with 19 touchdowns allowed.

Things drop off quickly after this. Daniel Jones gets a favorable matchup, but you’re hoping for 50-plus rushing yards. Jones is a massive gamble, even against one of the worst defenses in football, especially considering he has topped 200 yards through the air just twice this season and only has eight passing touchdowns on 237 attempts.

Even putting Kyler Murray and Russell Wilson in the top-15 fantasy QB rankings feels too lofty. Murray, if he even plays on a bad hamstring, faces a San Francisco 49ers defense with a 9-7 TD-INT ratio and 197.9 pass ypg allowed. On top of that, the 49ers’ pass rush will feast on Arizona.

Meanwhile, Wilson is playing like one of the worst passers in the NFL this year. While the matchup against Las Vegas seems favorable, we’ve seen the Broncos’ offense fall flat in similar situations. Plus, Jerry Jeudy is out indefinitely. 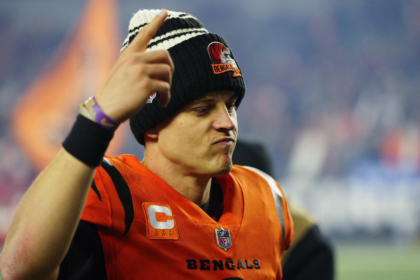 For those who are in desperate situations and seeking fantasy QB sleepers for Week 11, Marcus Mariota at least offers some safety points with his rushing ability even with his limitations as a passer. Jacoby Brissett could also be a flier play against a banged-up Bills’ secondary.

Diving into the Week 11 fantasy football rankings at running back, it’s hard to imagine more appealing matchups for the elite talents. Derrick Henry faces Green Bay, who has allowed 200-plus rushing yards to two of its last three opponents and surrenders 140.6 rushing ypg on the season.

Things look equally appetizing for Dalvin Cook and Nick Chubb. The Cowboys just ceded 207 rushing yards to the Packers’ offense, which now means Dallas is allowing the fourth-most rushing yards per game (143.1). As for Chubb, he takes the field against a Bills defense that surrendered 176.3 rush ypg and 5.9 yards per carry in the last three weeks.

Spotlighting a few other appealing matchups, Brian Robinson Jr. and Antonio Gibson are elevated in our Week 11 fantasy RB rankings. The Houston Texans are the gift that keeps on giving, opening up wide-open lanes for opponents to average 181.8 rushing ypg. We also love Gus Edwards – if he starts – vs a Panthers’ front seven with 546 rushing yards, 5.4 ypc and five touchdowns allowed in the past three contests.

There are quite a few marquee names in the fantasy RB rankings for Week 11 who could disappoint managers. While D’Onta Foreman is rolling right now, Baltimore has only allowed 92 rushing yards per game this year. As for James Conner, avoiding him at all costs against San Francisco (82.7 rush ypg, 3.4 ypc.)

Closing things out, start Aaron Jones with caution. Tennessee’s opponents haven’t eclipsed 80 net rushing yards in a game since Sep. 25. During the Titans’ six-game stretch of dominance, opponents averaged 2.8 ypc and 55.2 rushing yards with only one touchdown on 119 carries. 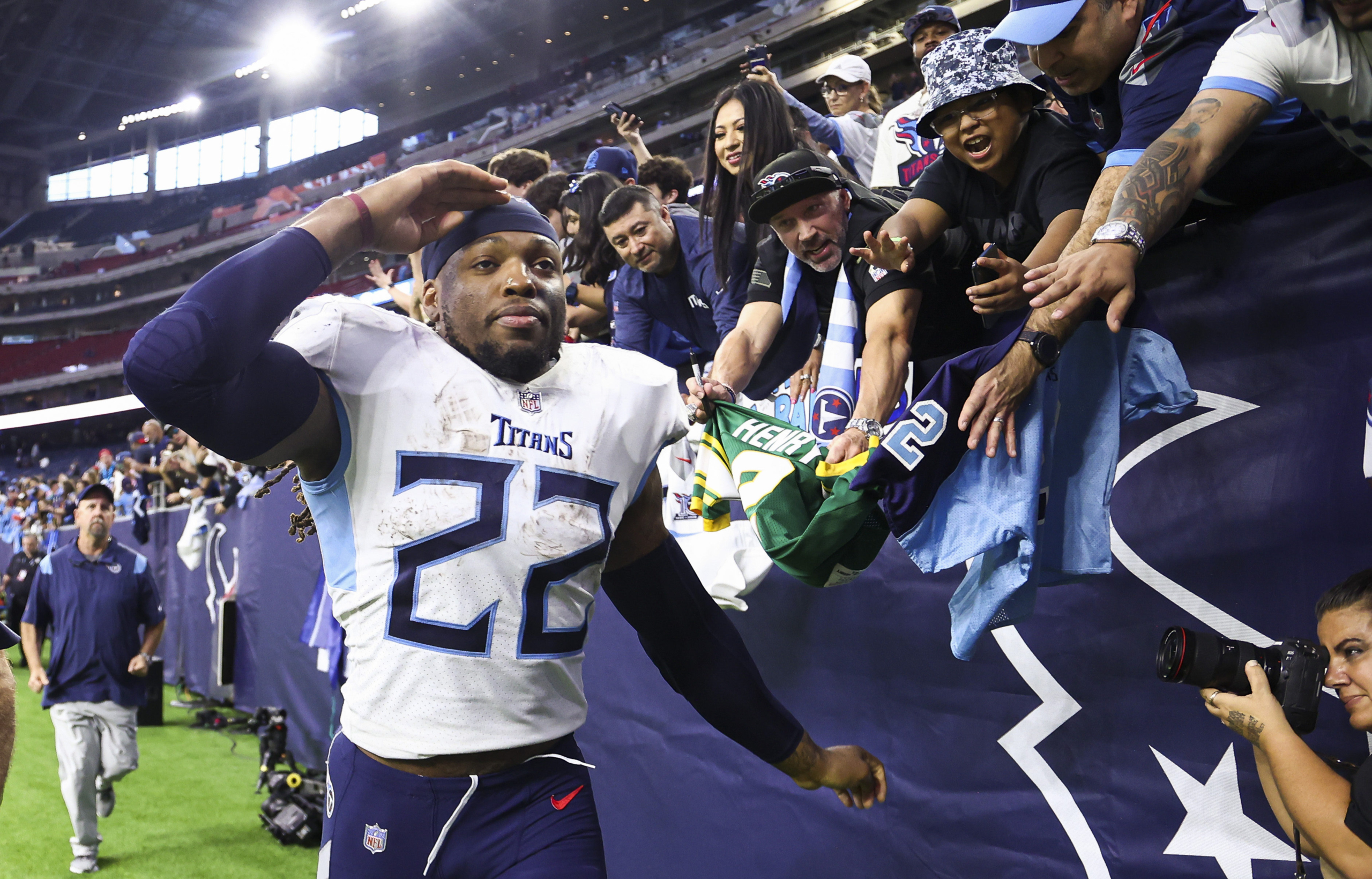 As for a sleeper at running back, Isiah Pacheco is coming off his best game of the season (82 yards, 5.1 ypc) and should receive double-digit carries against the Los Angeles Chargers (5.4 ypc, 146.8 rush ypg).

If Christian Watson can score three touchdowns against the Dallas Cowboys, imagine the type of trouble they will have with Justin Jefferson. In a projected shootout, fantasy managers should be excited about many of the top pass-catchers in this game. Jefferson is a strong bet for 100-plus yards, CeeDee Lamb is coming off a monster game and Adam Thielen could post quality WR2 numbers vs single coverage.

Expectations are also high for Amon-Ra St. Brown. The strength of the New York Giants defense isn’t their secondary, but this unit’s aggressive nature and a positive game script could yield eight receptions and 70-plus receiving yards for St. Brown. Both 49ers’ receivers are also must-start weapons, especially since Aiyuk has eclipsed 80 receiving yards in four consecutive games.

Fantasy managers will immediately spot how low Davante Adams is in the Week 11 fantasy WR rankings. Blame it on the Raiders’ struggling matchup and Adams lining up against Patrick Surtain II. The 9th pick in 2021 has allowed just 161 total receiving yards on 23 receptions (PFF) this season, becoming the best cornerback in the NFL.

Among the wide receivers we’ll be keeping an eye on Sunday are Garrett Wilson, Joshua Palmer and Darnell Mooney. Wilson likely won’t repeat his line from Oct. 30 vs New England (115 receiving yards), but he proved that he can have success against the Patriots’ secondary.

As for Palmer, it all comes down to who is available for Los Angeles. Keenan Allen seems unlikely to play in Week 11 following a setback with his hamstring injury. If he is out, Palmer – 20 targets, 207 yards and 10.4 ypc in last three weeks – lines up against a Chiefs’ defense that ranks 22nd in Football Outsiders’ Pass DVOA. 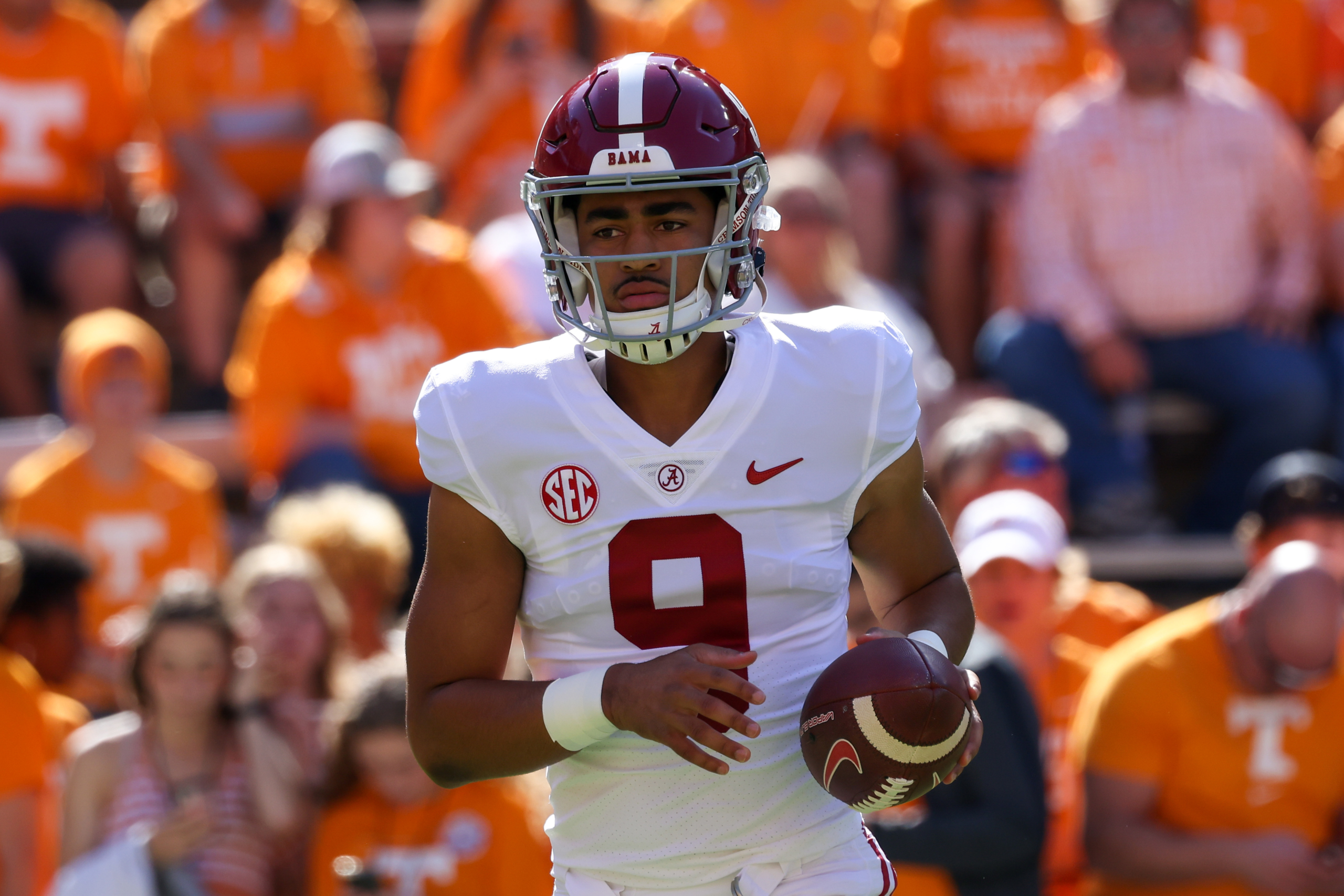 Finally, Mooney gets an opportunity to deliver his first 100-yard game against the worst pass defense in the NFL this season. With Atlanta so focused on trying to keep Fields in the pocket, it will open up deep shots for Mooney.

Kelce is obviously TE1 for Week 11. Over the course of his past four games against the Chargers, Kelce has caught 31 passes for 436 yards and three touchdowns. The expectation should be that Patrick Mahomes will target him early and often Sunday night.

Kittle is an interesting figure in that he’s caught just 29 passes in seven games and is being used more as a blocker. Though, we’re seeing him break out a bit more with Jimmy Garoppolo tossing the All-Pro the rock. That should continue against a Cardinals defense that’s yielding the most fantasy points to tight ends on the season.

Here are the worst NFL defenses vs tight ends this season. 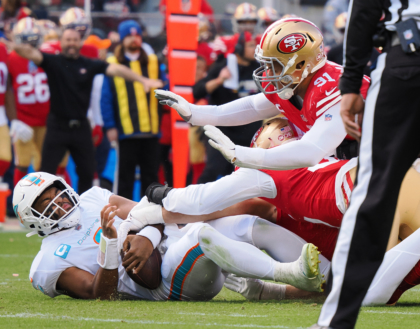