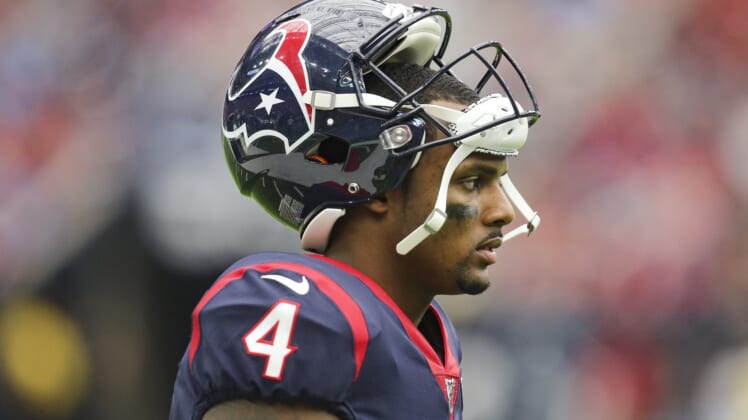 The Carolina Panthers desperately want a franchise quarterback and star Deshaun Watson is demanding a trade from the Houston Texans. In a wild NFL offseason that has already seen three marquee quarterbacks traded, the biggest move could still be on the horizon.

When word first broke that Watson wanted out of Houston, the Miami Dolphins and New York Jets emerged as the likeliest landing spots. But the Panthers have been in the market for an upgrade over Teddy Bridgewater. They struck out on Matthew Stafford and didn’t pursue Carson Wentz, but the front office and owner David Tepper are determined to pay what it costs to land their franchise passer.

While the Texans are refusing to engage in discussions regarding Watson, the Panthers might already be laying the groundwork for a huge run at one of the NFL’s best quarterbacks.

With the 2021 NFL salary cap dropping, every NFL team will be trimming their rosters to create financial flexibility. The Panthers got to work early, releasing Kawann Short, Tre Boston, Stephen Weatherly and Michael Palardy. By doing so, along with Matt Paradis’ contract’s restructure, Carolina now has more than $30 million in cap space.

According to ESPN’s David Newton, the Panthers plan to make a strong run at trading for Deshaun Watson. The spending flexibility created not only opens the door for them to take his contract, but still allows the organization to build a team around him.

Convincing the Texans to trade their franchise quarterback won’t be easy. Houston remains convinced it can repair the relationship, despite reports the situation is getting worse and he isn’t responding to the team’s calls. The Texans hold the leverage, given they don’t have to trade him, but the 25-year-old quarterback might be willing to sit out the 2021 season.

The first deadline everyone will focus on is the 2021 NFL Draft. This is a deep draft class, one that could greatly help Houston begin its rebuild. Right now, the franchise doesn’t have a pick until the third round. If general manager Nick Caserio wants to really build a foundation for the future, trading Watson for draft picks might be in the team’s best long-term interests.

An aggressive general manager is one thing, but an owner determined to make a move brings different stakes. Tepper takes big swings. It’s what led him to become a billionaire and landed him this job. He recognizes the value, both financially and for a team’s long-term success, that a franchise quarterback has.

If there’s any team willing to meet Houston’s extreme asking price, it might be the Carolina Panthers. They already have two quality receivers in D.J. Moore and Robby Anderson. Plus, right tackle Taylor Moton is expected to be brought back this offseason. Even if they trade Christian McCaffrey, the foundation for an explosive offense is there as long as they have a great quarterback.