5 NFL quarterback trades we would love to see in 2022 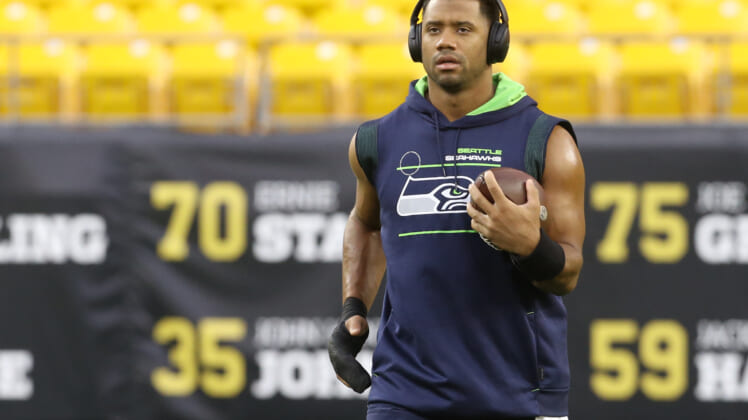 NFL quarterback trades are going to become an offseason addition. In 2021, we saw the likes of Matthew Stafford, Jared Goff, Carson Wentz and Sam Darnold find new homes. While some of those moves haven’t worked out thus far, you can bet we will see more signal-callers moving during the 2022 NFL offseason.

The fact of the matter is, teams are desperate at quarterback. Look across the league and clubs like the Pittsburgh Steelers, Cleveland Browns, Miami Dolphins, Carolina Panthers, Denver Broncos are among more than a half dozen teams who will be exploring their options this spring.

There will also be no shortage of quarterbacks available, between trade demands and organizations decided to turn the page on a player drafted to become the face of the franchise who fell short of expectations.

Aaron Rodgers wanted to be sent to Denver and the organization clearly wanted him. While a trade never came together and things seem to be going well with the Green Bay Packers, it still feels like a marriage in its final months. Whenever the season concludes, Rodgers gets to dictate his future and it would be a surprise if he didn’t want out of Green Bay.

Denver just extended Tim Patrick and Jerry Jeudy is clearly the focal point of Denver’s passing attack. In this deal, the Packers landed a potential Pro Bowl wide receiver to potentially replace Davante Adams. More importantly, they land early picks in the 2022 NFL Draft along with capital in 2023. Given general manager Brian Gutekunst’s success in the draft, that will be very helpful to build around Jordan Love. As for the Broncos, they can hire Nathaniel Hackett as head coach with an electrifying offense featuring Rodgers, Javonte Williams, Jeudy, Patrick and Noah Fant.

Among the discussed NFL quarterback trades in 2021, many assumed Deshaun Watson would get moved. But the Houston Texans asking price and Watson’s legal issues prevented it from happening. There will be a lot more clarity on the 22 civil suits and criminal investigations stemming from sexual assault and misconduct allegations. But even before that, the Miami Dolphins wanted him badly.

The potential return seems pretty clear. Miami is prepared to send three first-round picks and multiple other assets, likely Day 2 selections, for the Pro Bowl quarterback. Houston might drive the price up higher if Watson settles and nothing comes of the criminal investigations. But for a rebuilding team with the worst roster in the NFL, that’s more than good enough. As for the Dolphins, they’ll happily wait for Watson to serve a multi-game suspension before making him the face of the franchise.

If Watson is off to Miami, with the Texans seemingly uninterested in Tua Tagovailoa, the No. 5 pick in the 2020 NFL Draft will need a change of scenery. It’s clear he’s not going to reach the lofty Drew Brees comparisons, but heading to the New Orleans Saints could save Tagovailoa’s career and turn New Orleans into a contender.

Sean Payton could return to a form of the offense he used in Brees’s final seasons. Tagovailoa entered Week 11 with the fifth-highest rate (50.6%) of short throws, per Pro Football Focus and the seventh-highest rate of intermedia throws (23.5%). That can easily work in Payton’s scheme, especially with the mobility that Tagovailoa brings to the table. A cost-effective quarterback who could thrive in the right environment, this is perfect for Tua and the Saints.

Decaying relationships between a franchise and its biggest star could be the driving force behind multiple NFL quarterback trades. Russell Wilson said all the right things this summer after spending a few weeks calling out the Seahawks’ front office, but it’s pretty evident this relationship is coming to an end. Given Seattle looks unlikely to make the playoffs, a separation is likely best for everyone.

The asking price for a trade will be high and multiple stars being on the market might not help Seattle. But looking across the NFL, a deal with the Carolina Panthers makes a ton of sense. Franchise owner David Tepper desperately wants an MVP-caliber quarterback and Wilson might be the best option. He doesn’t come with Watson’s off-field issues and he’s significantly younger than Rodgers. Packaging three first-round picks, along with some other assets, followed by a contract extension, could make everyone happy.

A bonus idea for potential 2022 NFL quarterback trades, following this deal. Carolina can send a future pick to a rebuilding franchise to take Sam Darnold’s contract.

With Jon Gruden out of the picture, there’s a chance Derek Carr has a better chance at sticking around in Las Vegas. But an organization that keeps exploring alternatives every offseason might also be interested in something different, a trade that would stun the NFL and give two talented players opportunities to shine in new homes.

Las Vegas rolls the dice on a former No. 1 overall pick who could move away from a situation where he keeps facing questions, providing him with a chip on his shoulder and a fresh start. As for Cleveland, trading two future picks for a quarterback who could help this team become a Super Bowl contender is easily worth it. While it’s the most unlikely of NFL quarterback trades, both teams should explore their options in the spring.