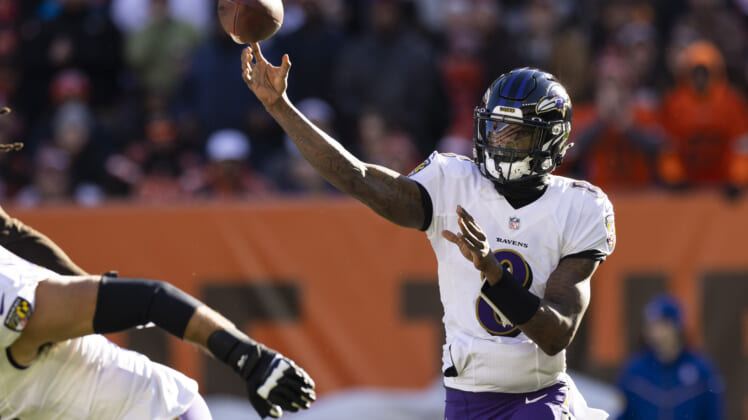 For the Baltimore Ravens, pretty much their entire offseason was defined by the Lamar Jackson contract situation.

Entering the final season of his rookie contract, there were multiple reports during the spring and summer indicating that Jackson would rather wait this out and play it year-by-year. Now that the former NFL MVP has reported to training camp, that no longer appears to be the case.

It’s not yet known whether the extension Kyler Murray signed with the Arizona Cardinals recently changed the dynamics. Despite not having the same track record of success as Jackson, Murray inked a five-year, $230.5 million extension with $160 million in guarantees.

His deal came after troubled Cleveland Browns quarterback Deshaun Watson netted a fully-guaranteed five-year, $230 million contract of his own during the spring.

Related: 2022 outlook for Lamar Jackson and the Baltimore Ravens

Rival teams were upset Cleveland handed Watson that fully-guaranteed deal. Not only did it set a precedent, it was given to a player who is facing allegations of sexual misconduct from two-dozen women.

As for Jackson, he has no such off-field issues. It still seems highly unlikely that the former first-round pick from Louisville is going to get a fully-guaranteed contract. 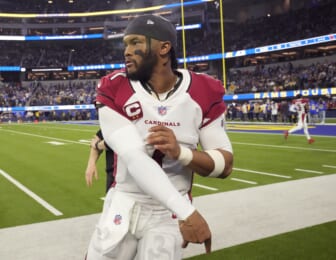 With that said, we wouldn’t be surprised if he did surpass other quarterbacks not named Aaron Rodgers in the quarterback market.

Jackson has posted a 37-12 record as a starting quarterback during the regular season, too. Despite one unnamed NFL defensive coordinator not viewing him as a franchise guy, Jackson’s track record speaks for itself.

Any new deal would also likely have to include potentially record-breaking contracts Joe Burrow and Justin Herbert will sign next March when they first become eligible. It’s the complexities of negotiating in today’s quarterback-driven league.

This would enable Jackson to surpass what the likes of Murray, Watson, Patrick Mahomes and Josh Allen received on their extensions over the past couple calendar years.

It’s been known for some time that Jackson does not have an agent in the truest sense of the term. His mother, Felicia Jones, is helping him talk contract with Baltimore. To some, this isn’t seen as a great idea. Jackson himself has a differing take on that.

Time will tell on this front. The final details of a potential extension for Jackson will end up being sifted through by the media. It’s similar to the drama we’re seeing with the aforementioned Kyler Murray right now.

As it stands, we’re now much closer to Jackson becoming one of the richest players in NFL history. After that, he’ll have to focus on rebounding from a down 2021 season that saw the 25-year-old signal caller throw 16 touchdowns against 13 interceptions en route to missing the playoffs for the first time in his career.