The National Football League Draft is one of the best moments in sports and the 2022 NFL Draft promises to provide a lot of surprises, trades and storylines for football fans.

As we’ve touched on throughout the offseason, there isn’t a superstar quarterback available in this draft class. It adds a new layer of intrigue to the top picks as the world watches to see if a quarterback-desperate team reaches for a gunslinger.

The 2022 draft itself could be especially intriguing. It’s clear based on the latest NFL Draft rumors that opinions on prospects and draft boards vary widely from team to team. It means we’re going to see some unexpected selections throughout.

We’re in a unique spot this year. In prior drafts – 2021 (Trevor Lawrence), 2020 (Joe Burrow) – we knew who would be the No. 1 pick. This time around, with the Jacksonville Jaguars holding the top pick in the NFL Draft 2022, there is mostly speculation.

Michigan edge rusher Aidan Hutchinson is the consensus top prospect available. However, there is some belief that Jacksonville might target another edge rusher. The Jaguars also have needs at offensive tackle, making Evan Neal or Ickey Ekwonu a potential target. Ultimately, our bet is on Hutchinson.

Where will Malik Willis and Kenny Pickett be drafted?

There is definitely a real divide on the 2022 quarterback class. Some talent evaluators within the NFL don’t believe there is a starting-caliber passer available this year. On the other hand, some view either Malik Willis or Kenny Pickett as a top-10 talent.

In our evaluation, neither player is a top-20 player in the 2022 draft class. However, Pickett boasts NFL-caliber tools and could start immediately as a rookie. As for Willis, his arm strength is the best in the class and his athleticism would only rank behind Lamar Jackson amongst NFL quarterbacks.

Our bet is Willis becomes the first quarterback drafted in 2022. He offers enormous upside and he’s interviewed extremely well with clubs. A coaching staff and general manager can sell themselves on developing him into a star. We’d predict Willis is a top-10 pick and Pickett doesn’t get past 16.

The New York Jets and New York Giants are in similar positions. Both clubs hold a pair of top-10 picks, want to trade one of them and need to address a plethora of needs in the 2022 NFL Draft. The Jets possess the highest pick, giving them a shot at cornerback Ahmad Gardner or a top offensive tackle, but the Giants’ draft picks are more valuable.

This should be viewed as a pivotal moment for each of these organizations. More than likely, either the Giants or Jets will look back on this draft a year from now and view it as a turning point for their franchise. Meanwhile, the other fan base will lament history repeating itself with another bad draft class.

Who will be the biggest fallers in the 2022 NFL Draft?

It’s the storyline that gains even more momentum as Round 1 of the NFL Draft unfolds. A player viewed by many as a top prospect, projected in mocks to be one of the first off the board, starts sliding. Caleb Farley (2021), CeeDee Lamb (2020) and DK Metcalf (2019) all were picked later than expected in their draft classes. So, who will it be in 2022?

Oregon edge rusher Kayvon Thibodeaux is the overwhelming favorite for a draft-day slide. Viewed as the potential No. 1 pick just 10 months ago, there are NFL teams concerned about his personality and motor. Mississippi State offensive tackle Charles Cross and LSU cornerback Derek Stingley Jr. are also candidates to slip outside the top picks. Of course, there will be a tumble even we can’t predict.

The Green Bay Packers and Kansas City Chiefs already shook things up before NFL Draft 2022. It’s not often you witness a Super Bowl contender trade one of its best players, the go-to target for an NFL MVP. Now armed with two first-round picks 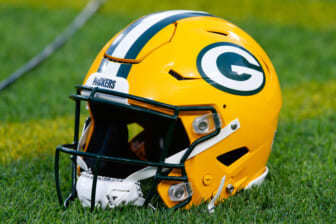 Kansas City is already exploring the trade market to upgrade at wide receiver. While there aren’t many Packers rumors floating around, president Mark Murphy dropped hints that something ‘very interesting’ could happen on draft night. The dream scenario for either club is acquiring a star – Tyler Lockett, A.J. Brown or Terry McLaurin – either of the three options seems unlikely. Instead, expect at least one of Green Bay or Kansas City to trade up for a wide receiver, possibly Jameson Williams.

Will DK Metcalf be traded? As of now, it seems like the Seattle Seahawks want to keep him around. However, the club is in a rebuild and there’s not a ton of logic in making Metcalf one of the highest paid NFL players when quarterback Drew Lock is Seattle’s starter. If the right player slides down the draft board, don’t be stunned if the Seahawks ultimately move Metcalf for a top-25 pick and a Day 2 selection. 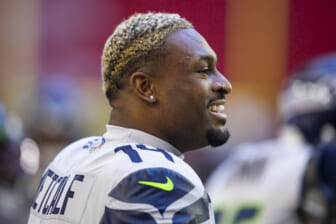 Will Baker Mayfield be traded?

There are few things the Cleveland Browns want more than to walk out of the 2022 NFL Draft without Baker Mayfield on the roster. It’s also precisely the outcome the former No. 1 pick is rooting for. Unfortunately for them both, Mayfield’s guaranteed salary ($18.8 million) is preventing a deal. If Mayfield is traded during the NFL Draft, the Browns won’t get anything more than a late-round pick and they have to cover a portion of his salary.

Surprises are one of the best aspects of the annual NFL Draft. Every year there’s a top-50 prospect who a team reaches for in the first round, leading many NFL fans and even some teams to scratch their heads. We also see a flurry of trades towards the end of Round 1, with clubs prioritizing the fifth-year option that is only attached to first-round picks. 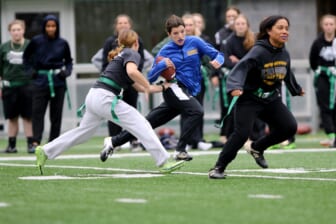 Also Read:
NFL wants flag football to be in the 2028 Summer Olympics in LA

All of that is in play here. A cornerback like Jalen Pitre or one of the intriguing small-school receivers (Shyy Moore, Christian Watson) could find their way into the first round. As for the quarterbacks, the Detroit Lions might want to close out Round 1 by securing that team option on a passer like Matt Corral or Desmond Ridder. NFL fans might also want to monitor the Falcons as a trade-up candidate for a QB.

There’s a reason we’re highlighting a few teams among the NFL Draft 2022 storylines. In the case of the New Orleans Saints and Pittsburgh Steelers, it all ties back to the quarterback. Both clubs are legitimate threats to move into the top-10 range for a quarterback, such as Malik Willis.

It also feels safe to call it an expectation for these franchises. Pittsburgh failed to find a Ben Roethlisberger successor for years and now it’s forced to take a massive gamble in the upcoming NFL Draft, potentially overpaying in a trade. Likewise, the Saints whiffed on trading up for a signal-caller and they seemingly overpaid in 2022 in that trade with the Philadelphia Eagles.

Uncertainty for 2022 running back class

A pair of running backs (Najee Harris and Travis Etienne) were first-round picks in 2021. A year prior, the Chiefs selected Clyde Edwards-Helaire with the 32nd pick. It continues the streak of consecutive years with a running back coming off the board in Round 1.

We’ll see that put to the test in the NFL Draft 2022. Kenneth Walker is a special runner, but he’s not a playmaker on third downs and that diminishes a bit of his value for NFL teams. Breece Hall is an intriguing three-down back, but 800 touches in three seasons add some longevity concerns.

As of now, we’d bet against history with a belief that no running back will be welcomed to the stage on Day 2 of the 2022 NFL Draft. However, Hall, Walker, Isaiah Spiller and Dameon Pierce will fly off the board in Round 2.