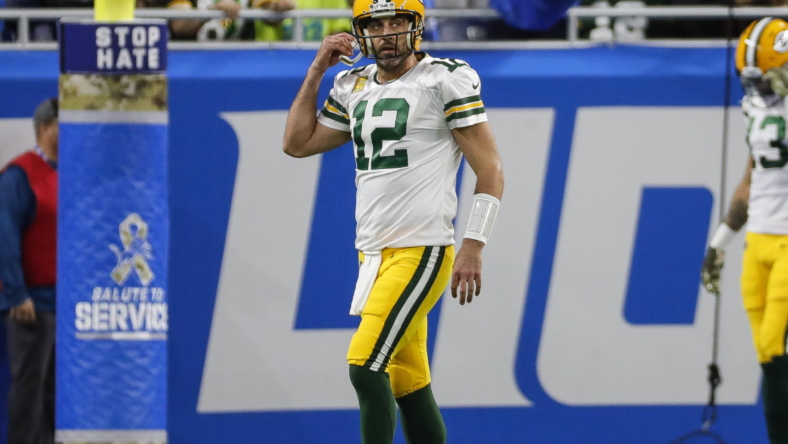 NFL Week 9 is drawing to a close as we officially glide past the midway point of the 2022 NFL season. The NFL playoff picture is starting to take shape and as we review Sunday’s action, the winners and losers had a massive impact on where everything stands moving forward.

It all started with a chaotic eight-game slate. Both the Green Bay Packers and Buffalo Bills were heavy favorites on the road, expected to make easy work of the Detroit Lions and New York Jets. Instead, NFL Week 9 raised alarm bells for Josh Allen and erased whatever benefit of the doubt Aaron Rodgers had nationally.

While we’ll remember Sunday for the upsets, it also provided some thrillers. The Miami Dolphins vs Chicago Bears clash delivered 67 total points. Elsewhere, the New England Patriots dismantled the Indianapolis Colts and the Jacksonville Jaguars devastated the Las Vegas Raiders.

Let’s dive into the winners and losers from NFL Week 9.

Winner: Justin Fields is the best QB from 2021 draft class

The Chicago Bears have received a lot of criticism for not doing enough to help Justin Fields become successful. Quite frankly, it was deserved given the front office tore apart the roster and invested practically nothing into the offense. Fields’ future looked grim until Chicago built its offense around his strengths. 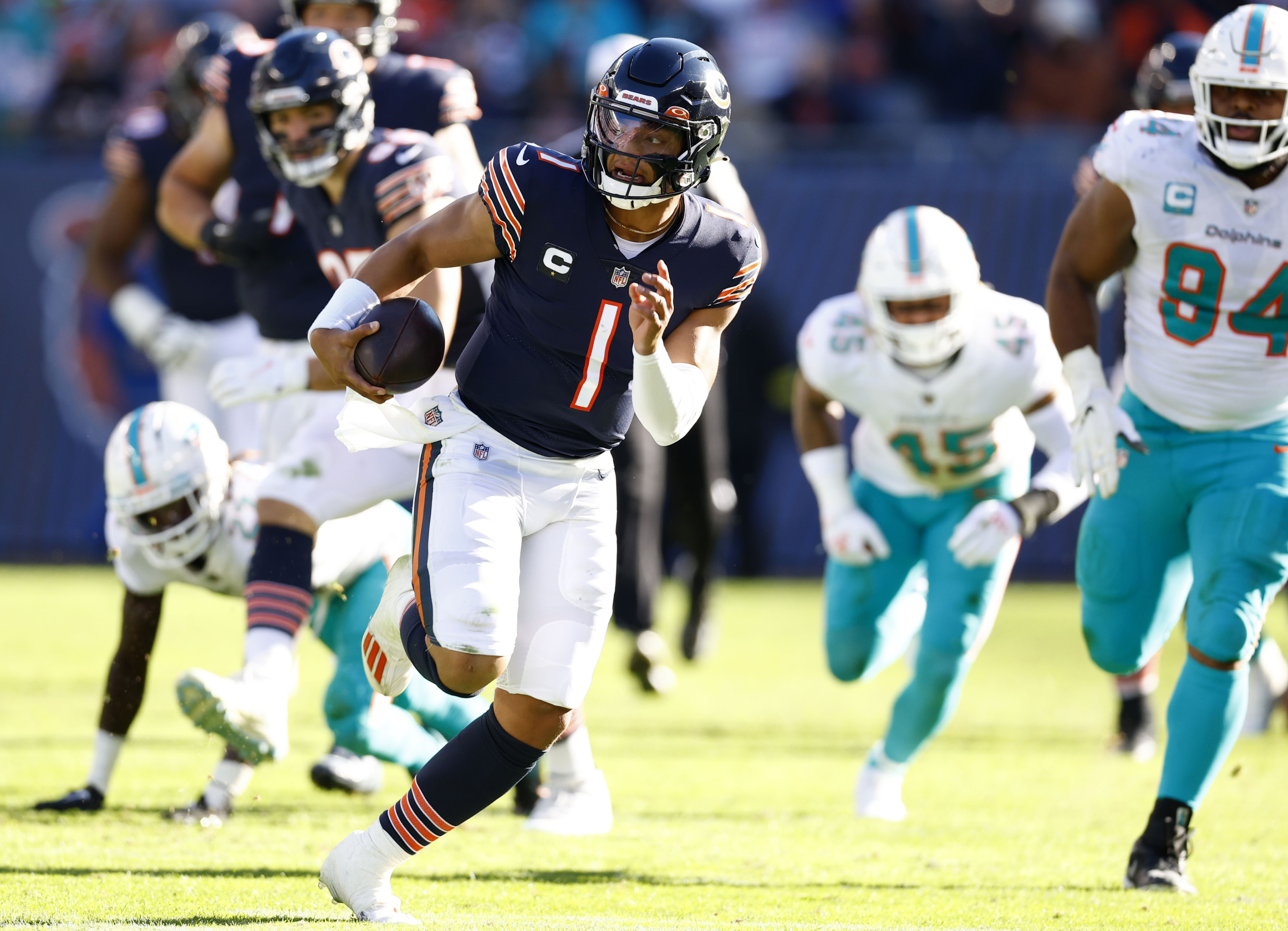 Performance is all that matters right now. Fields is just behind Lamar Jackson as the most athletic quarterback and a gifted runner at the position. He keeps proving himself. On the ground, Fields has 408 rushing yards and three touchdowns in his last four games. He’s also improving as a passer, posting a 100-plus QB rating in consecutive weeks with a 5-0 TD-INT ratio against the Dolphins and Dallas Cowboys.

We’ve already highlighted the problems right now for Trevor Lawrence, Fields offers far more upside and he’s simply playing batter. Mac Jones and Zach Wilson are two of the worst quarterbacks in the NFL this year and Trey Lance is a question mark with little experience. If you’re choosing from the 2021 NFL Draft class, Fields is the choice at quarterback.

A future Hall of Famer once said that players who make too many mistakes shouldn’t be playing. The Green Bay Packers faced the worst defense in football in NFL Week 9. They made four trips to the red zone with cornerback Jaire Alexander also returning an interception to the 23-yard line. One player erased all of those opportunities with countless mistakes. 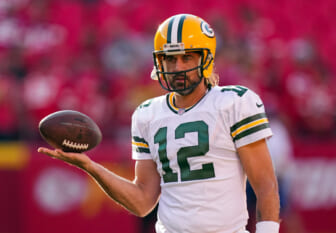 Rodgers’ first interception happened because of an awful throw that went right off a defender’s helmet and was picked off in the end zone, a turnover he seemed to blame on others. The second end-zone pick came on a wildly underthrown ball. Before his third interception, Rodgers missed a wide-open touchdown.

Rodgers can blame teammates, the coaching staff or general manager Brian Gutekunst as much as he wants. In reality, the 38-year-old quarterback is the biggest problem both in terms of his on-field impact and his bloated salary. After threatening to retire for so many years, he needs to follow through on all that talk after this disastrous season ends.

Coming into Sunday, it would be fair to describe the 2022 NFL season as underwhelming for Joe Mixon. He ranked 21st in rushing yards (432), 26th in rushing touchdowns (tw0) and 50th in yards per carry (3.3). It’s apparent Cincinnati wanted to change that and the Carolina Panthers obliged.

It starts with the franchise record of five touchdowns. Quite frankly, he could have tied the NFL record (six) if Cincinnati didn’t take it easy on Carolina in the second half. Beyond the touchdowns, Mixon accounted for 211 scrimmage yards and averaged 7.0 ypc on 22 attempts. Safe to say he’ll be among the league leaders entering Week 10.

Many were willing to look past Josh Allen and the Buffalo Bills. The NFL MVP candidate threw two second-half interceptions, the direct results of inexcusable decision-making that felt reminiscent of his first two NFL seasons. Apparently getting away with it against one of the worst teams in football made Allen believe he could play recklessly in NFL Week 9.

Sunday marked the second consecutive two-interception game for Allen, only this time a good team took advantage of the freebies. The 26-year-old quarterback is the most physically-gifted quarterback in the NFL, but this two-game stretch suddenly brings back that thought in the back of one’s mind that he could give the football away inexplicably.

Winner: Kenneth Walker III is already an elite running back

Kenneth Walker III is ridiculous. The Seattle Seahawks running back stepped into the featured role because of the Rashaad Penny injury. Walker immediately won Offensive Rookie of the Month in October and NFL Week 9 should prove to everyone he’s already one of the best running backs in football and even more is coming.

After taking over the NFL in October, the 41st pick in the 2022 NFL Draft showed no signs of slowing down in November. He erupted for 129 scrimmage yards, just another 100-yard performance on his resume. Far more importantly, his two fourth-quarter touchdowns sealed the Seahawks’ victory and he is one of the biggest reasons why they are 6-3.

Loser: Frank Reich is out of scapegoats

Indianapolis Colts head coach Frank Reich clearly felt the pressure mounting. Wanting to save his job, he benched veteran quarterback Matt Ryan for not uplifting an offense with bad play-calling and a worse offensive line. When that didn’t miraculously save the offense, Reich fired the offensive coordinator who didn’t even call plays. 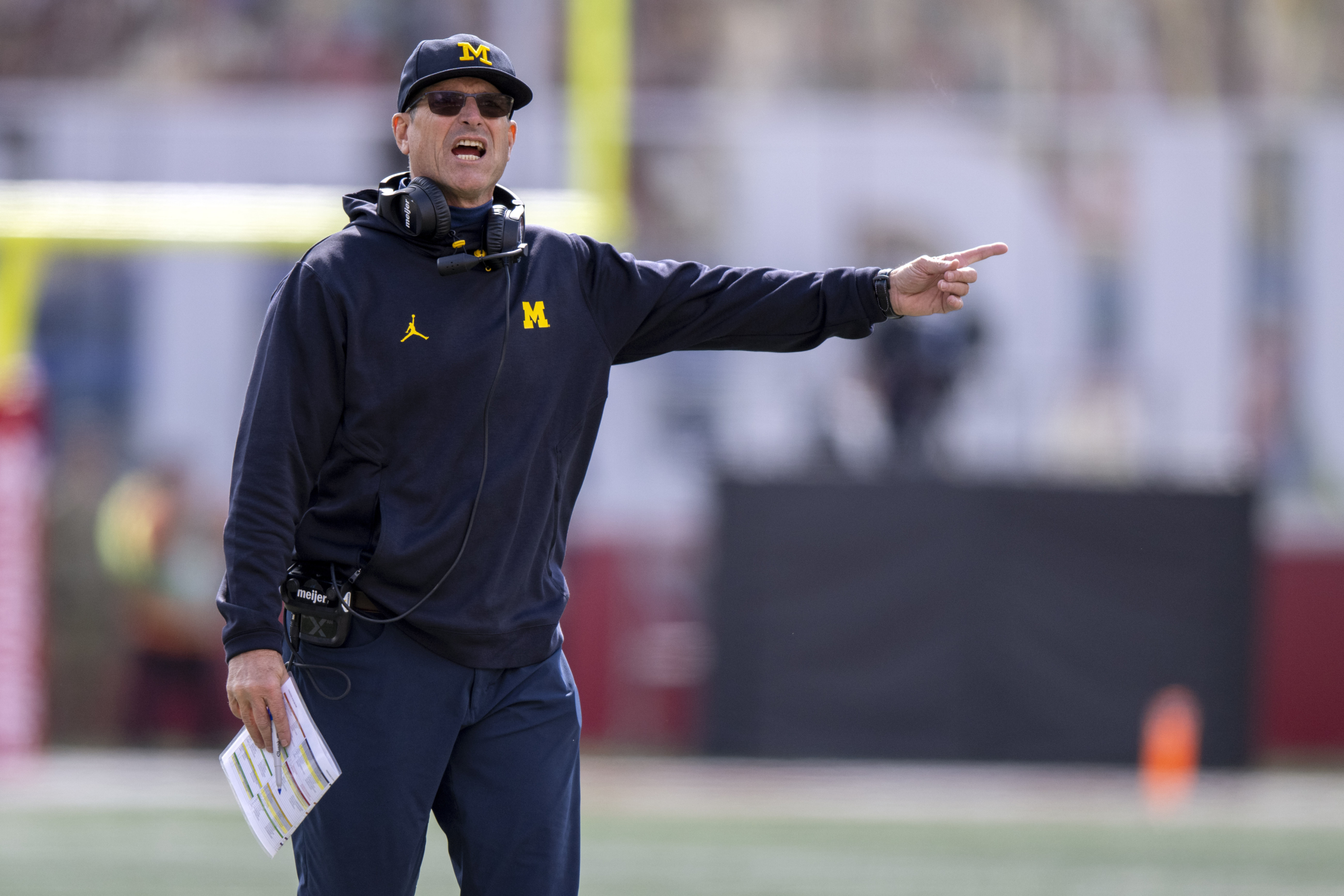 There is no one left to blame for Reich. While general manager Chris Ballard is also at fault for the state of this roster, Reich helped build the team. He used whatever scapegoats he could find to save his job, trying everything to stay afloat. Whether he is fired after NFL Week 9 or Week 17, Reich’s time in Indianapolis needs to end.

Trailing 13-9 with 44 seconds left in the game, the Tampa Bay Buccaneers season hung in the balance. If Tom Brady couldn’t cover 60 yards in 44 seconds, his team would drop to 3-6 with its chances of making the playoffs suffering a devastating blow. Even at 45, the greatest quarterback in NFL history came through.

Sunday’s win doesn’t completely erase the concerns in Tampa Bay. One of the worst rushing offenses in NFL history still finished with just 51 yards on 21 carries. Brady also needed every one of his 58 attempts just to hit 280 yards (4.8 ypa). In the end, though, Brady came through with the game on the line for another game-winning drive. Meanwhile, Aaron Rodgers couldn’t do the same with 2:03 remaining against a far worse opponent.