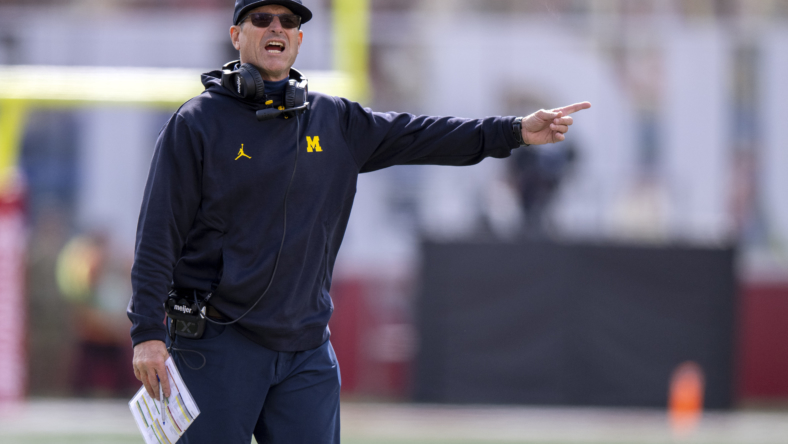 The Indianapolis Colts entered the 2022 NFL season as the heavy favorite to win the AFC South with Frank Reich viewed as one of the best head coaches in the NFL. Amid another disappointing season for the franchise, it’s time to consider coaching candidates who should be targeted with Reich out the door.

Reich’s path to becoming the head coach in Indianapolis was unconventional. Viewed as a rising coaching candidate in 2018, he missed out on the hiring cycle until Josh McDaniels back out on the Colts. Shortly after, the franchise responded by hiring Reich in a reunion after he began his career with Indianapolis as a coaching intern (2006-’07) and then worked his way up as a positional coach.

It looked like Reich would help the Colts become one of the best teams in the NFL after 2018. Indianapolis finished with a 10-6 record, reaching the AFC Divisional Round. Andrew Luck started every game, finishing with 4,593 passing yards and a career-high 98.7 quarterback rating. The franchise seemed poised to make the leap into Super Bowl contention the following year, but that all changed when Luck suddenly retired.

Reich tried to make things work offensively ever since. In 2019 with starting quarterback Jacoby Brissett, Indianapolis went 7=9 and missed the playoffs. Things got better with the change to Philip Rivers, the Colts finished 11-5 and made the playoffs. But Reich could only get so much out of a quarterback who was ready to retire. Reich then hand-picked Carson Wentz in 2021 and overpaid to acquire him, only to have the entire organization sour on Wentz long before his late-season collapse.

Fast forward to 2022 and the Colts are even worse. Reich benched Matt Ryan and fired the offensive coordinator who doesn’t even call plays. None of it worked. The colts rank last in points per play (0.222), 30th in yards per play (4.8), 24th in third-down conversion rate (35.8%) and it keeps getting worse. 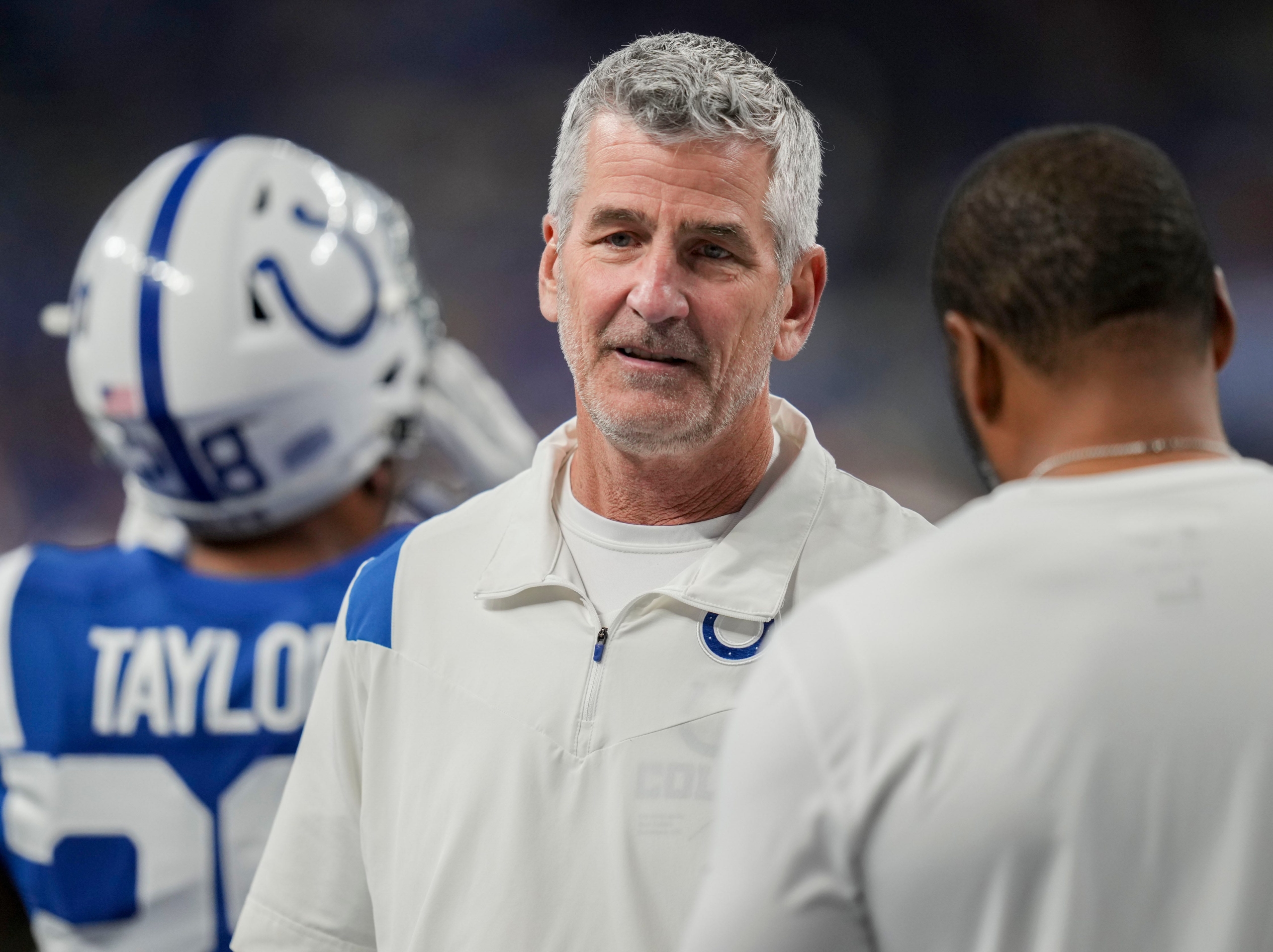 It’s evident the Indianapolis Colts will be in the market for a quarterback once again this offseason. Fortunately, the annual search will be made a little easier with plenty of quality picks in the 2023 NFL Draft. Whether Indianapolis moves up for its next face of the franchise or one becomes available via trade, they need the right coach in the building to make everything work.

Brian Johnson should be among the hottest coaching candidates in 2023. Shortly after the former quarterback’s playing career ended in 2009, he returned to the Utah Utes as their quarterbacks coach (2010-’11). After two years in that position, the 24-year-old became the youngest offensive coordinator in FBS history. He then made stops at Mississippi State (2014-’16), Houston (2017) and the University of Florida (2018-’20) before the Philadelphia Eagles hired him as their quarterbacks’ coach in 2021.

Now 35, Johnson has been integral to the development of quarterback Jalen Hurts and he works one-on-one with him after each drive, in the film room and throughout practice each week. If owner Jim Irsay wants to bring in one of the best, young quarterback whispers in football and jump out ahead of the NFL curve, Johnson must be interviewed by Indianapolis. 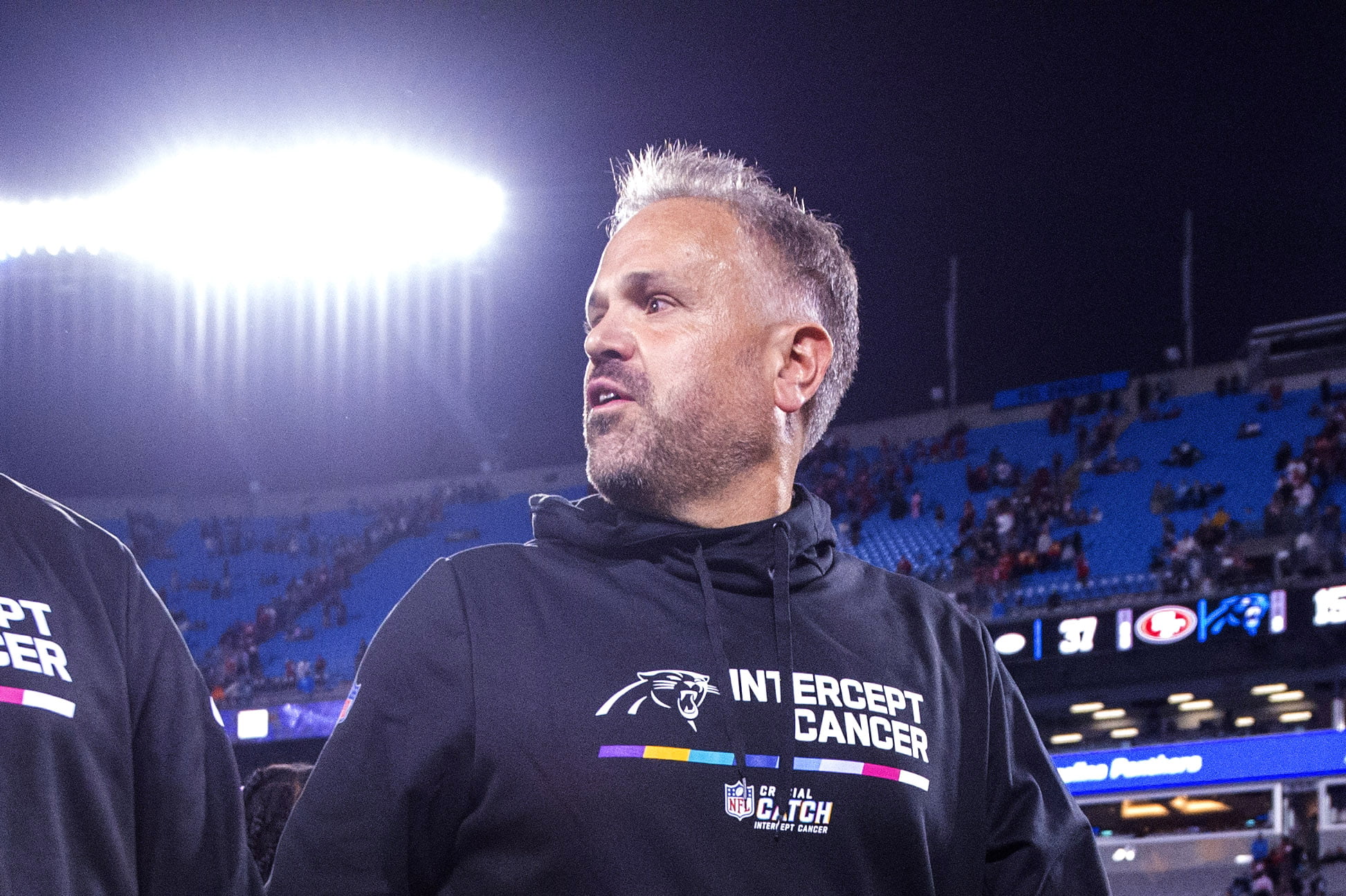 Brian Daboll deserves to be the NFL Coach of the Year for turning around the New York Giants. He implemented a far better culture within the locker room and it’s resulted in a team that wins in a variety of ways. He is also one of the NFL’s best offensive play designers, but he’s not the one calling plays in New York this season.

Kafka is rapidly climbing the coaching ladder. A career backup quarterback in the NFL from 2010-’15, the Northwestern alum immediately became a graduate assistant for the Wildcats in 2016. He joined Andy Reid’s staff as an offensive quality control coach a year later and was then promoted to quarterbacks coach (2018-’21), the first season Patrick Mahomes took over as the starting quarterback. He played an important role in Mahomes’ development, earned more responsibilities as Kansas City’s pass-game coordinator and learned from a Super Bowl-winning coach about how to design sustainable NFL offenses.

“When I started coaching with Coach (Andy) Reid he was big on that: showing certain looks, showing formations, certain plays, then complementing those looks off of the action of a personnel grouping. That was important to learn that, and I think that’s probably where it started for me is how do you build that? How do you build off of those plays or things that you’ve shown in weeks before to then bring up in a game that the defense is kind of anticipating.”

Daboll picked Kafka as his offensive coordinator and play-caller because he knows how to communicate well with players and he believed strongly in his intellect when it came to in-game adjustments and knowing what to do in certain situations. Many had low expectations for the Giants’ offense in 2022, but it boasts a 40% third-down conversion rate and ranks fourth in second-half scoring (12.9 PPG). 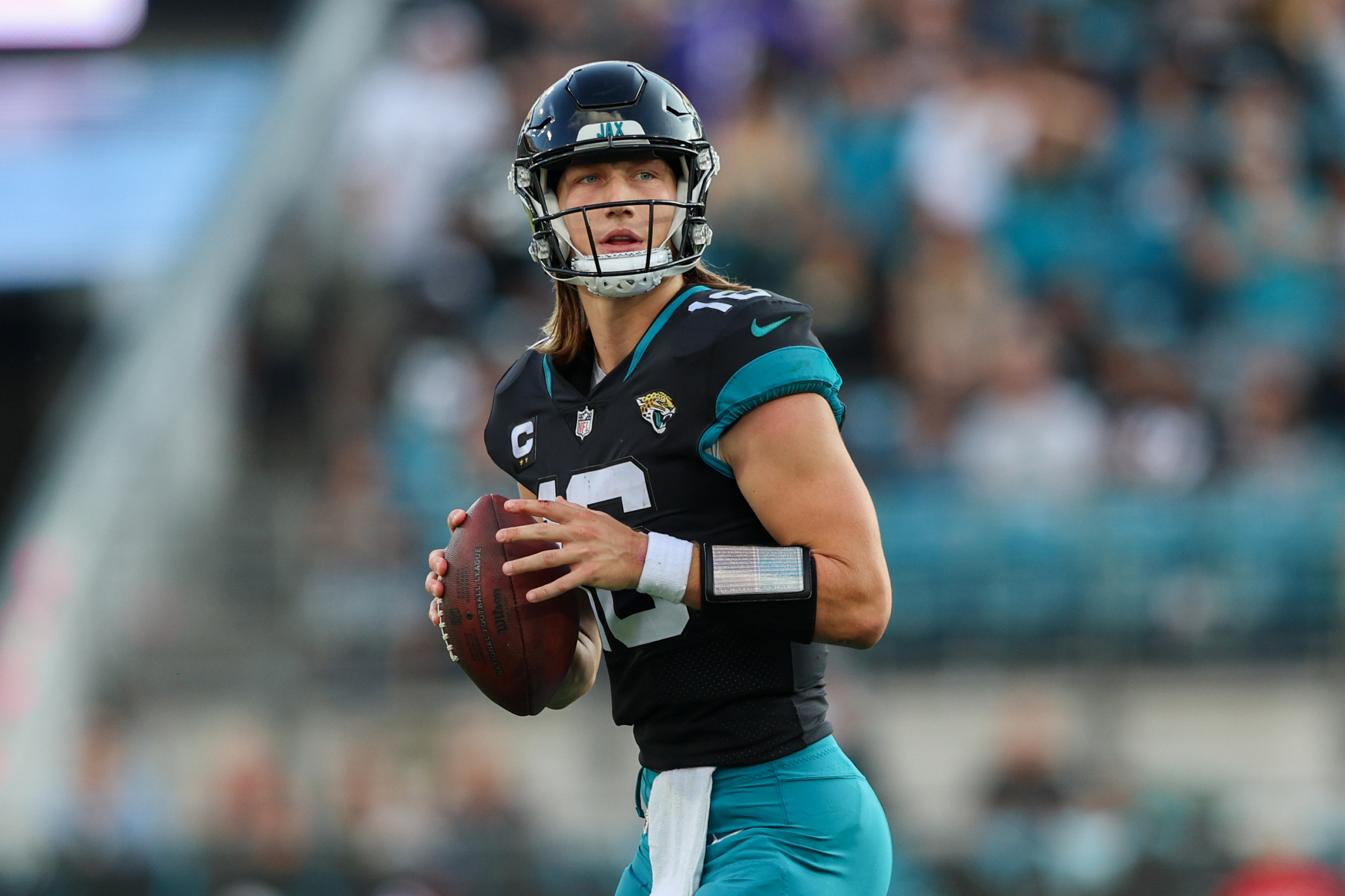 He is accomplishing this with Saquon Barkley and a quarterback who many still view as average on his best days. If Kafka became the next Indianapolis Colts head coach, he would have Jonathan Taylor, Michael Pittman Jr, Alec Pierce and could help select the next quarterback.

Jerod Mayo last played in the NFL in 2015, stepping away from the field after years of injuries. By 2019, he was back on the sideline working alongside Belichick as the New England Patriots’ inside linebackers coach. Belichick has offered glowing praise for Mayo’s work ethic and highlighted his abilities as a leader in 2014. In addition,  NFL Network’s Tom Pelissero previously reported that the Philadelphia Eagles were blown away by their interviews with Mayo and he seemed to become a finalist for the position in 2021.

There might be some risk with hiring from the Bill Belichick coaching tree, considering its limited success. However, it’s a far better option than hiring a college head coach without NFL experience. As for concerns regarding Mayo never being a defensive coordinator, it’s been made clear that he plays an integral role in Belichick’s defensive game plans and is one of the most trusted figures inside the Patriots’ organization.

Mayo’s defensive mind separates him from the other coaching candidates we profiled. However, his leadership is a common trait that organizations heavily consider when choosing their next coach. The person hired needs to know how to command the respect of the locker room, handling problems that arise with quick and sound decision-making. Mayo will bring a different energy to Indianapolis and if Irsay really wants to shake things up, going from a great offensive mind to a coach with expertise on defense makes sense.

The Dallas Cowboys coaching staff offers two enticing candidates for the Indianapolis Colts to pursue if Frank Reich is fired. If the job becomes available, it wouldn’t be a surprise if Irsay requested interviews with both Dan Quinn and Kellen Moore.

Our focus is on Moore, the former star quarterback and Boise State and the Cowboys’ offensive coordinator since 2019. It’s been made clear that Irsay wants to find a long-term quarterback and the best way to put that player in a position to succeed is with a bright, young offensive mind who is extremely comfortable working one-on-one with the position and knows it well.

Moore helped Dak Prescott develop into one of the best quarterbacks in the NFL. While that is obviously the focus, it’s also worth noting what happened to the Cowboys’ offense when backup quarterback Cooper Rushed filled in. Across Rush’s first four starts in 2022, Moore emphasized the rushing attack (507 rushing yards, 4.2 ypc) and used it to set up an effective passing game (95.7 QB rating, 7.4 ypa). With Prescott back under center, we’re now seeing Dallas climb up the NFL offense rankings.

It’s only a matter of time until Moore becomes an NFL head coach, with the 34-year-old clearly liked around the league. If the Colts are in a position to draft a high-end quarterback prospects in the 2023 NFL Draft, Moore could be an ideal target to revitalize this offense.

It’s very possible that Irsay won’t want to roll the dice on an unproven coordinator or position coach. It didn’t work out with Frank Reich or Chuck Pagano. Even if it proves more costly to hire a proven name, that might be worth it for Irsay to bring In someone he trusts to turn things around.

Harbaugh loves the Midwest and a return to the NFL could bring him back to the team he quarterbacked from 1994-’97. There are certainly challenges that the veteran coach brings into a building, sources of friction that can create frustration, but the track record speaks for itself.

This could be an ideal fit for both sides. If the Colts fire general manager Chris Ballard, Irsay could offer Harbaugh the type of power he wants. He could pick his general manager, finding someone who shares the same vision for building the roster and will allow Harbaugh to have significant input in key decisions.

Another positive is Harbaugh’s relationship with Andrew Luck and the potential influence that could have on a potential coach search. Luck could sell Harbaugh on Irsay and the upside of turning the Colts around. Meanwhile, Luck can be the person who influences Irsay to make the hire with insight into what makes Harbaugh successful.

It’s going to take a substantial offer to pull Harbaugh away from the Wolverines. However, the right contract and an opportunity to pick his franchise quarterback this offseason could entice him to make an NFL return.