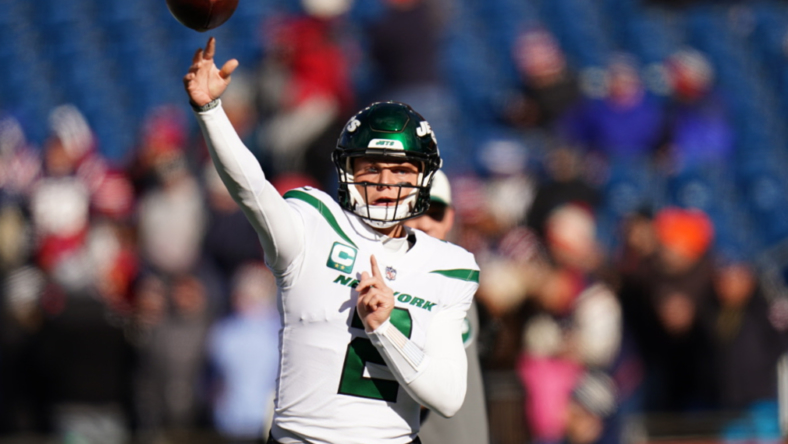 NFL Week 11 is drawing to a close and Sunday’s action provided plenty of important takeaways that will shape the playoff hunt, the NFL MVP race and even the futures for some marquee teams and players.

The early slate of Sunday’s action delivered one major surprise and a few interesting battles. Coming into NFL Week 11 with a 7-2 record, the New York Giants were pushed around by the Detroit Lions in a 31-18 loss. Meanwhile, Jalen Hurts saved the Philadelphia Eagles from a troubling defeat and the Baltimore Ravens narrowly defeated one of the worst teams in football.

As for the afternoon slate, a highly-anticipated matchup between the Dallas Cowboys vs Minnesota Vikings turned into a lopsided blowout. Elsewhere, a desperate move by the Denver Broncos yielded the same disappointing results.

Here are the winners and losers from NFL Week 11.

No one saw this coming. When the Philadelphia Eagles selected Jalen Hurts with the 53rd pick in the 2023 NFL Draft, the franchise still believed Carson Wentz would be their franchise quarterback. Hurts just kept getting better and the pace of his upward trajectory is skyrocketing.

Even in Philadelphia’s first loss of the season, Hurts played well. The lone interception happened because of A.J. Brown and fumbles came after big throws. On Sunday, the 6-foot-1 quarterback led the Eagles on a comeback in a hostile environment, winning the game with his legs. Hurts is now one of the best quarterbacks in the NFL, thriving in the perfect system and leading a Super Bowl contender. 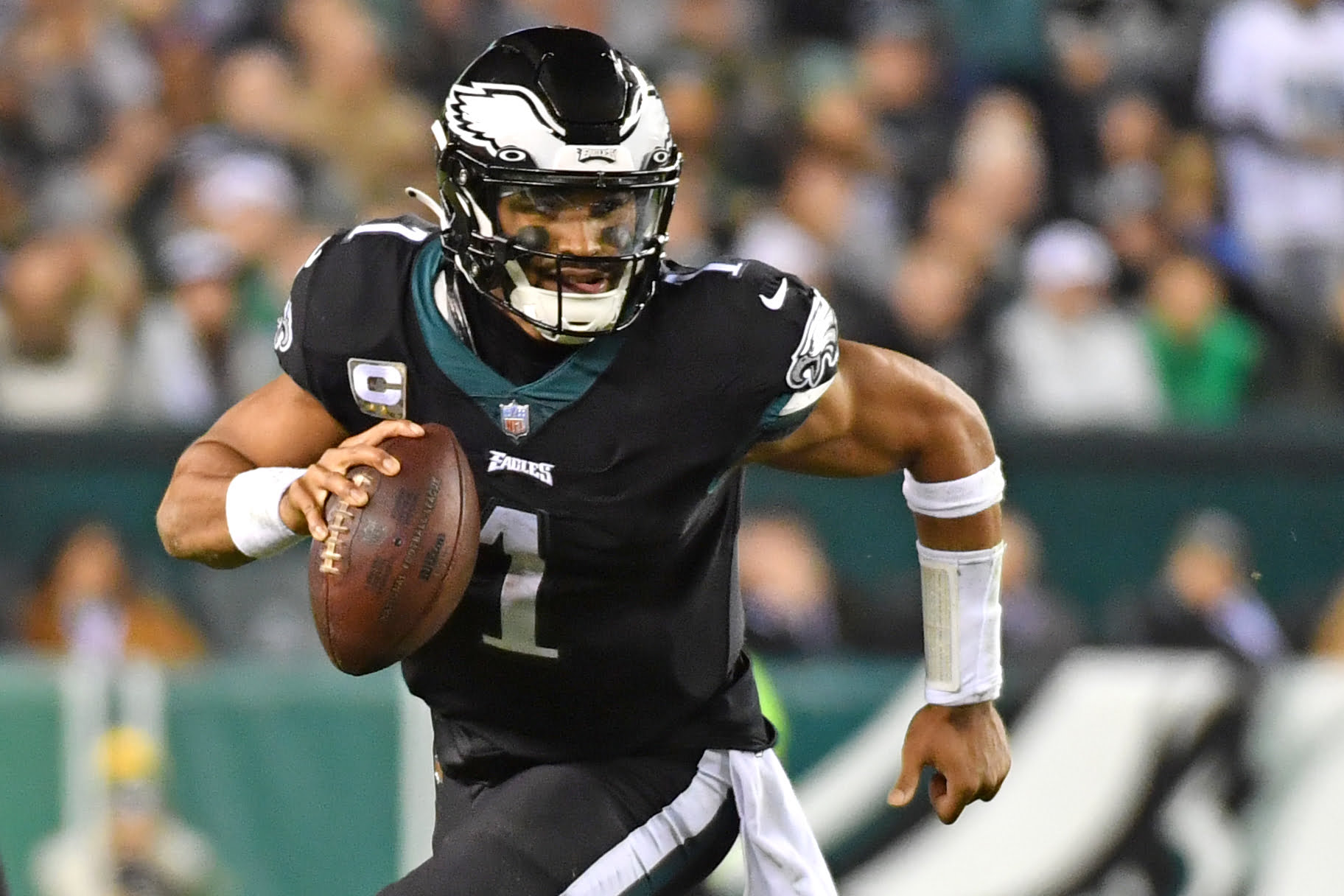 Loser: Mark Davis is holding back the Las Vegas Raiders

It’s understandable why fans want head coach Josh McDaniels to be fired. There has never been a moment, outside of his time with Bill Belichick, when McDaniels looked like a good coach. With plenty of star power on offense, McDaniels is responsible for Derek Carr‘s regression and one of the worst second-half teams in the NFL.

With that acknowledged, McDaniels isn’t the person truly holding the Raiders back. It’s Mark Davis, the most cash-poor owner in the NFL. Remember, this is the same organization that faced troubling allegations of an awful business culture, with witnesses coming forward to share that the Raiders underpaid employees.

Keep in mind, Davis needed to reach a massive financial settlement with Jon Gruden after his departure. The Raiders’ owner also invested tens of millions of dollars into Davante Adams, Hunter Renfrow, Darren Waller and Max Crosby this offseason. Reports have made it clear that Davis lacks the financial security to fire McDaniels and that is the Raiders’ biggest problem moving forward. One win doesn’t change anything, the Raiders’ situation won’t improve under this leadership.

Ezekiel Elliott returned in NFL Week 11, but everyone witnessed who is the real star of the Dallas Cowboys offense. Three weeks removed from a 147-yard, three-touchdown performance on Oct. 30, Pollard delivered an even better offensive clinic on Sunday.

Pollard is undeniably the best offensive weapon in Dallas. Coming off three consecutive games with 100-plus scrimmage yards, the 6-foot running back led the Cowboys in rushing yards and receiving yards on the road in Minnesota. If Jerry Jones wants to have any shot at hoisting the Lombardi Trophy, Pollard must be the focal point of the offense.

Loser: New York Jets need to start over at quarterback

Robert Saleh defended Zach Wilson and refused to even entertain the thought of benching him on Nov. 1. The New York Jets head coach was adamant Wilson would continue to improve, making the necessary progressions to eventually live up to his draft hype. It’s nearly Thanksgiving and there are no signs of progress.

Wilson has now matched his 55.6% completion rate from a rookie season that everyone still wants to forget. Despite having more talent around him, the second-year quarterback is on pace to duplicate his woeful 2021 campaign. Quite frankly, it would be even worse if the New England Patriots didn’t drop interceptions.

Related: NFL world calls for Zach Wilson to be benched

New York needs to see the writing on the wall, even if it won’t make the admission publicly. Nothing Wilson has shown in 20 games suggests he can be a viable starting quarterback. If New York wants to take a step forward in 2023, it must find someone much better and it might not be as difficult as some might think.

While the Cincinnati Bengals received some positive news this week regarding Ja’Marr Chase’s recovery, there is still no definitive timeline for his return. Losing an All-Pro wideout would be a devastating blow for most offenses. In part thanks to Tee Higgins, Cincinnati is getting by without much issue. 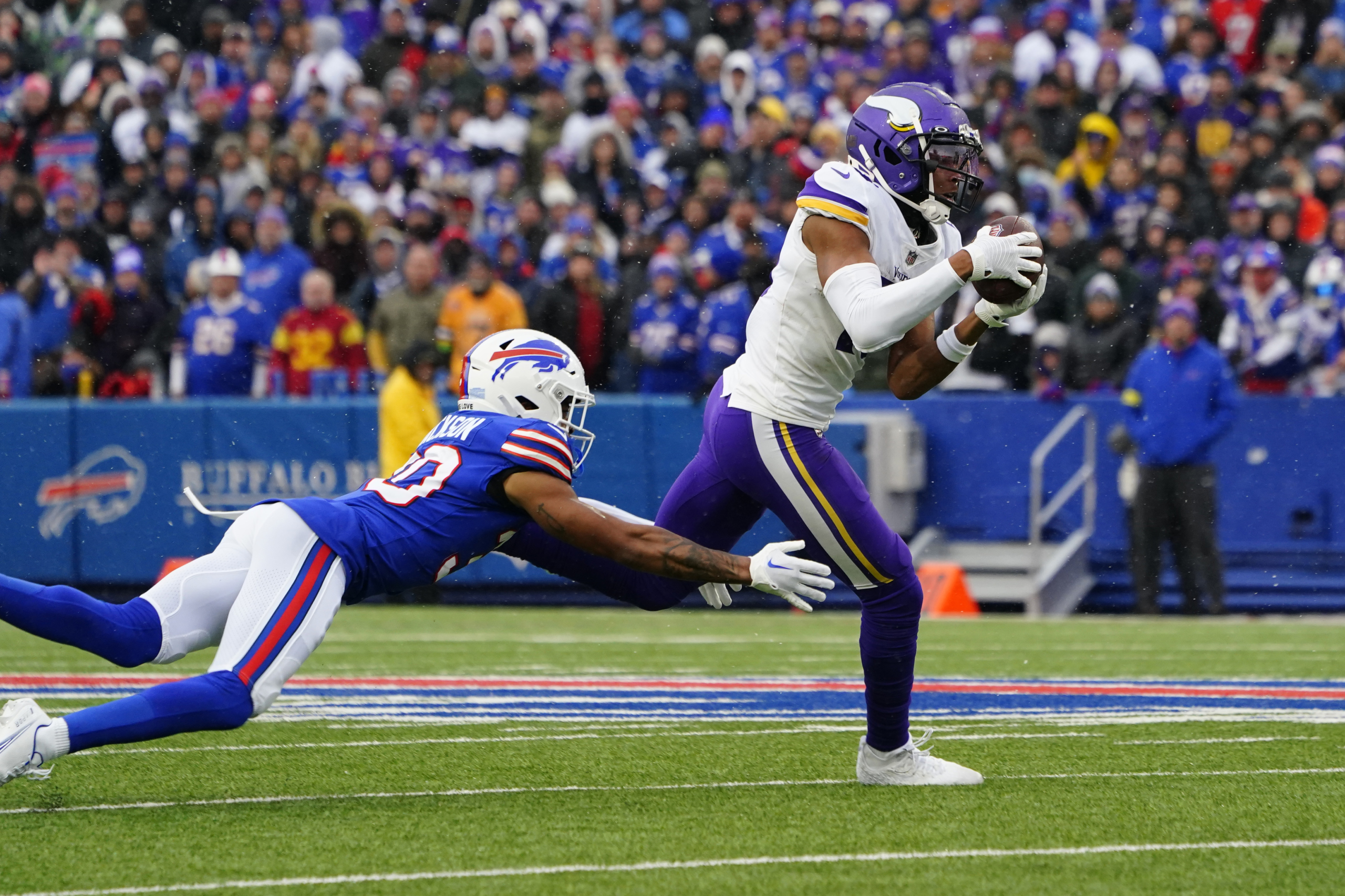 Serving as Joe Burrow‘s go-to weapon, Higgins gave the Pittsburgh Steelers fits. When the Steelers’ pass rush couldn’t get home, Burrow dropped back and kept going to the wideout he knew would make the play. Higgins, the 33rd pick in the 2020 NFL Draft, exploded for 148 receiving yards and set up multiple touchdowns for the Bengals. If there comes a time when Cincinnati can’t afford to pay Higgins, following extensions for Burrow and Chase, he will be the most-coveted wideout on the market.

Dallas knew Minnesota’s Achilles heel on offense coming into NFL Week 11. Kirk Cousins is the worst quarterback in the NFL when blitzed. Just pressure the Vikings’ signal-caller and he’ll quickly get uncomfortable, making poor decisions and falling into a position he and Minnesota’s offense can’ recover from.

Dan Quinn followed that approach and the Cowboys’ pass rush executed it perfectly. Cousins took seven sacks on Sunday afternoon and finished with an average of 4.6 yards per attempt. As a result, Minnesota never found the end zone.

Here’s the real problem for Minnesota. When it reaches the NFL playoffs, there is a looming matchup against the Eagles, Cowboys or San Francisco 49ers. It doesn’t just mean facing an elite defense that can blitz effectively, it’s lining up against a unit that can get to Cousins rushing four and still hold its own in coverage. Quite frankly, the only reason Minnesota escaped the same fate last week is because the Buffalo Bills played without multiple starters.