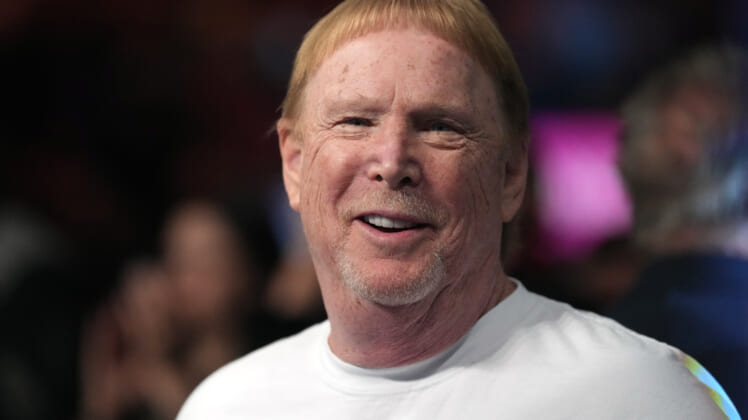 We’ve seen the Las Vegas Raiders part ways with several top executives seemingly out of nowhere over the past few seasons, and a new bombshell from The New York Times sheds some light on some of the misgivings that have occurred within the organization.

In a wide-ranging and lengthy report from Ken Belson, Jenny Vrentas and Kevin Draper, we learn about the Raiders botching their operations from the top down. Let’s dive in.

With recently fired former interim team president Dan Ventrelle accusing Raiders owner Mark Davis of imposing a hostile work environment, we may now have a stronger sense of what’s occurred behind the scenes.

As The New York Times points out, six of the team’s eight top executives have either been fired or quit since the Raiders moved their operations from Oakland to Las Vegas in 2020. Yet, they’ve managed to source more than a dozen former employees willing to share some of the uglier inner workings of how the Raiders have operated in recent years.

One of the noted issues was the team mishandling their finances, with “lax controls over how money was spent, how people were paid, bungling tax payments” and even forgetting to pay an electric bill, causing the lights to go out in their temporary office.

While they note there are no noted crimes expected to come of the errors, it isn’t a good look around the league, or with bank creditors.

Some employees tried to raise awareness, letting their concerns be heard, but those who tried to question the general approach were generally hushed, and in some cases asked to sign non-disclosure agreements in addition to receiving paid settlements to remain quiet.

“If anyone complained, they were let go.”

Adams also added that she was instructed to form job descriptions that made it so employees couldn’t earn overtime, despite frequently working longer than 12 hours in a day.

She has filed a complaint with the Nevada Equal Rights Commission where Adams, who is Black, accuses the Raiders of discrimination because of her race, retaliating due to her bringing up differences in wages along with unequal treatment.

While this report includes the accounts of many former employees, even current members within the organization have told Adams the “culture is worse than they’ve seen it”.

The league is aware of Ventrelle’s hostile work environment claims and is taking them “very seriously” as NFL spokesman Brian McCarthy stated, but we’ll see how they respond to these latest reports.