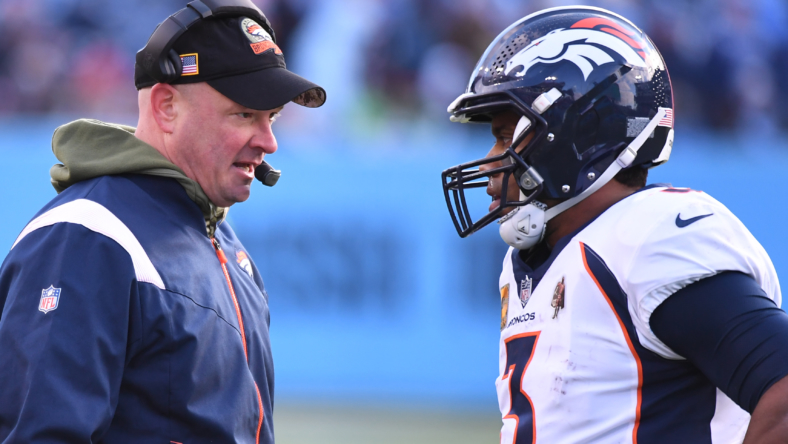 The Denver Broncos entered the 2022 NFL season confident the new pairing of head coach Nathaniel Hackett and quarterback Russell Wilson would create a Super Bowl contender. With Thanksgiving approaching, Hackett is on the hot seat and making a massive change in an effort to turn things around.

Many expected Denver to be a playoff contender this season led by one of the best offenses in the NFL. Even after the season-ending injury for Tim Patrick before Week 1, fans and analysts thought Wilson and Hackett could still create an explosive offense.

Instead, Denver is plummeting down the NFL power rankings with blame centered on Hackett and Wilson. Defensively, the Broncos are near the top of the NFL defense rankings and their special teams aren’t making game-deciding mistakes.

Heading into Week 11 with a 3-6 record, in a year when Denver doesn’t have its own 2023 first-round pick, the offense is at the center of scrutiny.

After showing zero signs of improvement in a 17-10 loss to the Tennessee Titans on Nov. 17, the Broncos decided to make changes. According to NFL Network’s Tom Pelissero, quarterbacks coach Klint Kubiak called in plays during practice this week. When the Broncos’ offense takes the field on Sunday, Kubiak will be the play-caller instead of Hackett.

While Denver’s head coach and offensive coordinator Justin Outten will remain heavily involved in the game plan, Kubiak was chosen for a reason. He previously called plays with the Minnesota Vikings in 2021, helping shape an offense that showed plenty of explosiveness at times. 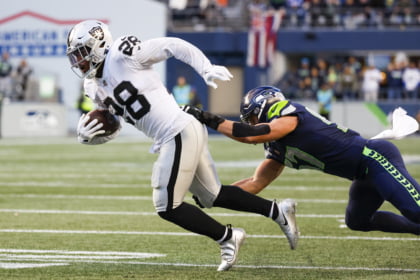 It’s evident that Hackett is feeling the pressure. Months after Denver hired senior assistant Jerry Rosburg to assist Hackett with game-management operations, the Broncos’ head is now “willing to do whatever it takes” to turn things around.

Sunday does present a nice opportunity for Denver. Through nine games, the Las Vegas Raiders defense has allowed the fifth-highest yards per play (5.9), the highest average quarterback rating (107.0) and a league-high 70.9% completion rate.

If the Broncos can’t figure out their issues in Week 11 and a struggling offense plays a decisive role in a loss to Las Vegas, there’s a strong possibility that Hackett doesn’t make it to the end of the regular season.