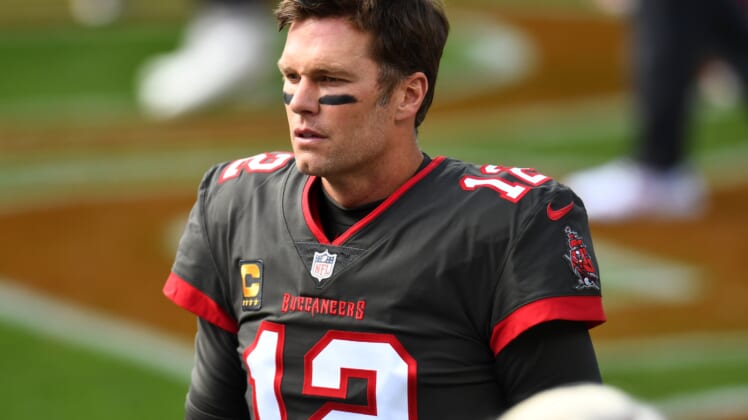 NFL Week 4 offers us some intriguing matchups in both conferences. The Tampa Bay Buccaneers and Los Angeles Chargers in the AFC offer a ton of intrigue as Tom Brady and Co. look to prove they can beat one of the NFL’s best defenses.

Sunday night will see the winless Philadelphia Eagles go up against a San Francisco 49ers squad that’s coming off two consecutive blowout wins against east-coast teams. In between, two playoff teams from a season ago in that of the Minnesota Vikings and Houston Texans will do battle with each one boasting an 0-3 record.

Here’s a look at NFL Week 4 odds and point spreads with some quick one liners about all games on tap for the week ahead.

Note: Titans-Steelers Week 4 game postponed until later in the season due to COVID-19 outbreak.

Without Jamison Crowder and Breshad Perriman in the mix this past Sunday, Jets quarterback Sam Darnold struggled big time. He threw three interceptions and took a safety. Of those three picks, two were returned for touchdowns by the Colts. This means he accounted for 16 of the Colts’ 36 points. Even with their star offensive players still sidelined, Denver should be able to win outright and cover.

Detroit headed into Week 3’s outing against MVP candidate Kyler Murray and the Arizona Cardinals having yielded five passing touchdowns compared to zero interceptions for an opposing quarterback rating of 105.7 through two games. Despite getting burnt by Murray on the ground, Detroit picked him off three times. It’s something to watch with a struggling Drew Brees heading into the Motor City.

Last week saw the Panthers notch their first win since Nov. 3 of 2019, a narrow victory over the Los Angeles Chargers. Head coach Matt Rhule had just led his former Baylor team to a win over West Virginia while offensive coordinator Joe Brady was a few days from helping LSU defeat Alabama in an epic SEC duo. The moral of the story? Take the Cardinals and the points here.

The first three games of the Joe Burrow era in Cincinnati have been settled by a combined eight points. That included a narrow loss to Cleveland back in Week 2 and a tie against the Philadelphia Eagles this past Sunday afternoon. Zac Taylor has his team playing competitive football right now. No matter who you take between these two young teams, expect a close game.

Cleveland’s win over the Washington Football Team has this squad with a winning record through three games for the first time since all the way back in 2011. All said, the Browns have entered the month of October with a winning record just three times since they reentered the league back in 1999. Quarterback Baker Mayfield was four years old. Yeah, take the Cowboys to rebound after their loss to Seattle last week.

Two playoff teams from a season ago that posted a combined 20-12 record. Each team heads into this Week 3 in a must-win situation at 0-3 on the 2020 season. For Minnesota, it has been more about a lack of defense than anything else. This unit is yielding an average of 33.7 points per game through three weeks. The 101 points Minnesota has given up during this span is more than it yielded over the final six games of the 2019 season, playoffs included.

Through the first three weeks of the 2020 season, Seahawks quarterback Russell Wilson has tallied 14 touchdowns compared to one interception. Equally as astonishing, the Seahawks have given up a total of 1,319 passing yards during that span. While I don’t envision Miami coming away with an upset home win, Ryan Fitzpatrick did lead the Dolphins to 31 points last week. At the very least, they’ll be able to score on Seattle.

Dating back to the start of last season, 11 of the Chargers’ 13 losses have come by one score. Of those 11 games, they’ve lost by an average of less than five points per outing. That included a disastrous late-game sequence against the Carolina Panthers in Week 3. The moral of the story here is that you should go with Tom Brady and the Buccaneers, minus the 7.5-point initial spread.

Washington quarterback Dwayne Haskins threw three interceptions in last week’s loss to the Cleveland Browns. All three led to short fields, enabling the Browns to score three touchdowns after gaining a total of 87 yards. Washington is among the least-talented teams in the NFL. It can’t have the young quarterback doing this. It also leads us to believe this 13.5-point spread is too small.

Los Angeles battled all the way back from a 28-3 deficit to pull ahead against the Buffalo Bills in Week 3. Ultimately, Sean McVay’s squad lost the game in controversial fashion by the score of 35-32. This represents the second consecutive game the Rams have scored 30-plus points. Fresh off a blowout loss to the San Francisco 49ers, the Giants have scored 38 points in three games. They are also without Saquon Barkley for the season. You can do the math here.

Dating back to the start of the playoffs last season, Patrick Mahomes has accounted for 22 touchdowns compared to two interceptions in six games. On a 16-game pace, that would put the reigning Super Bowl MVP on pace for nearly 60 total touchdowns, besting his history-breaking sophomore campaign back in 2018. The moral of the story? Take KC and the points.

Speaking of the Raiders, they are yielding an average of 163 rushing yards per game. This is not necessarily bad news for Las Vegas heading into Week 4 given that Buffalo relies more on its passing game with MVP candidate Josh Allen. How will that figure into the equation here? Perhaps, Devin Singletary sees more rush attempts after averaging less than 11 over the first three weeks of the season.

Without their starting quarterback, top-two running backs, two Pro Bowl tight ends and the team’s No. 1 receiver for Week 3 against the Giants, San Francisco dropped 36 points and didn’t punt in a game for the first time since 1993. Jimmy Garoppolo, George Kittle and perhaps Raheem Mostert are expected back for this outing against a winless Eagles team coming off a tie against the Cincinnati Bengals. You do the math.

Atlanta has held a combined 21-point lead heading into the fourth quarter over the past two games, only to blow each outing in epic fashion. This past week, Atlanta allowed Nick Foles and the Bears to put up three unanswered fourth quarter touchdowns after he replaced Mitchell Trubisky under center. Green Bay is averaging north of 40 points in three games, including a brilliant Week 3 performance against New Orleans.

The biggest game of Week 4 is now postponed, following Cam Newton’s positive rest for the coronavirus. The NFL hopes the Chiefs and Patriots can still play this week, with the target a Tuesday night contest, but that is far from a guarantee.

Dating back to the start of the playoffs last season, Patrick Mahomes has accounted for 22 touchdowns compared to two interceptions in six games. On a 16-game pace, that would put the reigning Super Bowl MVP on pace for nearly 60 total touchdowns, besting his history-breaking sophomore campaign back in 2018. The moral of the story? Take KC and the points, especially when facing a Newton-less Patriots’ squad.