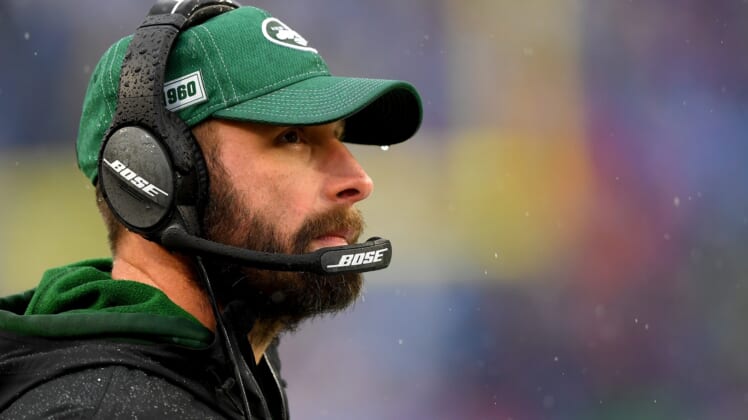 Sunday’s Week 3 NFL action included some dud performances from teams who earned playoff spots a season ago. That includes the Houston Texans being unable to rebound from a two-game losing streak to start the season. They dropped a close contest with the Pittsburgh Steelers.

Over in the NFL, it appears that Doug Pederson’s seat with the Philadelphia Eagles is incredibly hot after a tie against Joe Burrow and the Cincinnati Bengals.

The major story heading into Week 4 for most of the NFL is going to be talk about which coaches might be on the hot seat. Bill O’Brien and Doug Pederson are only two of a handful who could be fired before the holiday season gets going.

Ugly. Brutal. Disastrous. If Gase is not fired here soon, I am not sure what the Jets’ brass is doing. Some of the blame is on general manager Joe Douglas for fielding a horrible supporting cast for young quarterback Sam Darnold. Even then, his regression as a third-year player is eye-opening. Sunday saw Darnold throw three interceptions, including two that were returned for touchdowns. All said, he gifted the Indianapolis Colts 16 points in a 36-7 loss.

Ahead of Week 3, rumors came out of New Jersey indicating that Gase could very well be on the hot seat. For good reason. Here’s a head coach who has created a rift between himself and the Jets’ locker room. Indirectly, that led to the trade of All-Pro safety Jamal Adams ahead of the Week 1. His Jets have now been outscored 94-37 in three games. The team isn’t competitive. That’s on the embattled head coach. He should be tossed aside in New Jersey quicker than the Lupertazzi family.

Has Bill O’Brien run out of lives in Houston?

I focused on this following Houston’s ugly Week 2 showing against the Baltimore Ravens. Fresh off an appearance in the AFC Divisional Playoffs, the Texans have taken a major step back. It should have O’Brien facing the possibility of being fired. After seeing his Texans drop 21 points in the first half against Pittsburgh on Sunday, they were shutout in the final two quarters. Deshaun Watson was hit 12 times and has been thrown to the turf north of 30 times in three games.

That’s where we get started when it comes to the 0-3 Texans. Even after signing Watson to a long-term extension, O’Brien has struggled finding any real pass protection in front of the franchise quarterback. Shockingly, this comes months after the head coach and general manager inked left tackle Laremy Tunsil to a record-breaking contract.

The backdrop here is all too real. It was months ago that O’Brien received criticism for trading star wide receiver DeAndre Hopkins for pennies on the dollar. Through the first three weeks of the 2020 season, Hopkins has tallied 32 receptions for nearly 370 yards in the desert. The Texans? Well, they’re being outscored by an average of 13 points per game. Ouch!

Time for Doug Pederson to be fired?

A tie at a home against the Cincinnati Bengals two weeks after blowing a 17-point lead to the Washington Football Team? This can’t be real life for Eagles fans. The regression we’ve seen from this team under Doug Pederson since winning the Super Bowl back in February of 2018 is something else. It has also coincided with Carson Wentz struggling to do anything of substance.

Think about it this way. Wentz threw another two interceptions on Sunday en route to being outplayed by Bengals rookie quarterback Joe Burrow. The quarterback has now thrown three touchdowns compared to six interceptions for a 63.9 rating through three games. At 0-2-1 on the season, that alone should have Pederson on the hot seat. If Philadelphia were to get blown out on “Sunday Night Football” against the San Francisco 49ers next week, it might expedite a decision to fire Pederson.

I am not even sure where to start here. Remember last week when the Falcons blew a 15-point lead with just over five minutes remaining in the fourth quarter against the Cowboys? There was no way this squad could take another step back after seeing Chicago Bears quarterback Mitchell Trubisky benched on Sunday with Atlanta up 23-10 in the third quarter.

Wrong. Foles came in and led the Bears to 20 unanswered fourth-quarter points, throwing three touchdowns in that final stanza in the process. Atlanta’s defense gave up touchdown drives of 62, 55 and 44 yards, respectively, in that fourth quarter. The team is now 0-3 on the season and has lost 12 of 19 since the start of last season. For the sake of the health of Falcons fans, Quinn should be fired here soon.