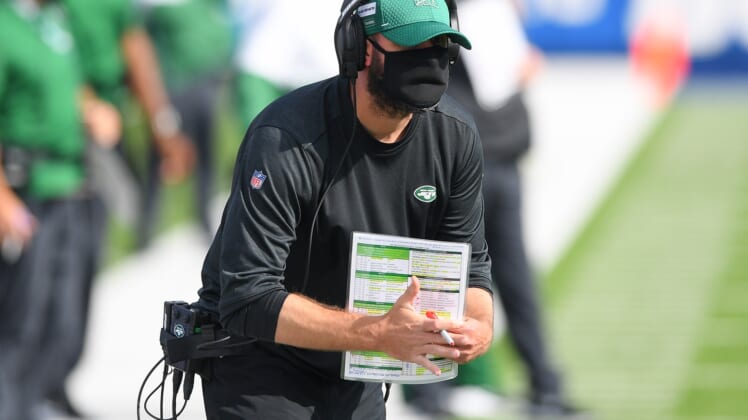 Everything seemed to be set up pretty nicely for the downtrodden New York Jets to at least be competitive against the defending NFC champion San Francisco 49ers on Sunday.

San Francisco was dealing with myriad injuries on both sides of the ball and had to travel across the country for this Week 2 matchup. The point spread indicated that New York might keep this close after a Week 1 loss to the Buffalo Bills.

That did not happen.

Even as the likes of Jimmy Garoppolo and Nick Bosa went down for San Francisco, the Jets continued to embarrass themselves. The end result was an ugly 31-13 home loss and an 0-2 start to the season. During the game, those watching the brutal performance absolutely destroyed the Jets. Their head coach can now be included in this.

Tell us how you really feel, Mr. Gase. He isn’t wrong. The Jets have been absolutely atrocious through two weeks. Even then, Gase calling out his team like this is one of the reasons why there’s a disconnect between the embattled head coach and his players.

Is Adam Gase going to be first NFL head coach fired this season?

Now 7-11 as the Jets’ head coach since they hired him ahead of the 2019 season, there’s every reason to believe Gase is on the hot seat. In fact, mentions of this started all the way back in May.

It was always a weird hire by New York in the first place. After all, Gase turned in a 23-25 record in three seasons as the Miami Dolphins head coach from 2016-18. To hire him after that mediocre three-year tenue seemed to be a bit of a reach.

Now that there’s likely going to be more of a rift between Gase and his players following this tirade, one has to wonder how long he is for the job in Jersey.