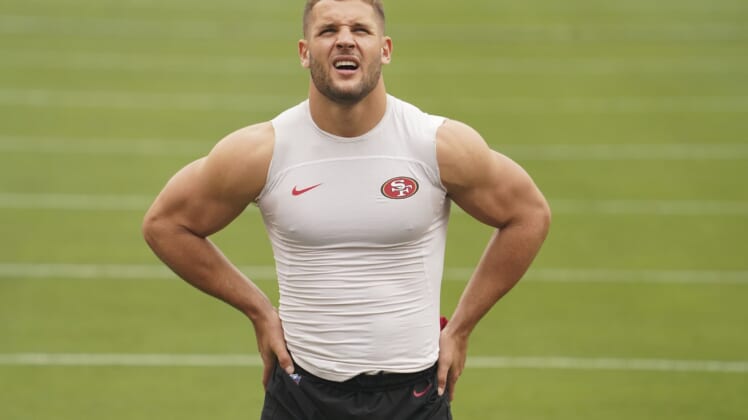 The 49ers on Tuesday confirmed what had been feared. Nick Bosa, the reigning NFL Defensive Rookie of the Year, has suffered a torn ACL and will miss the remainder of the 2020 NFL season.

The San Francisco 49ers entered Sunday’s Week 2 action against the New York Jets already down multiple starters on both sides of the ball. Despite a tremendous start to the game via an 80-yard touchdown run from the electric Raheem Mostert, things did not get better on this front.

Star 49ers pass rusher and reigning NFL Defensive Rookie of the Year Nick Bosa suffered an apparent serious knee injury in the first quarter and had to be carted off the field. He was almost immediately ruled out for the remainder of the game.

Following the game, head coach Kyle Shanahan said the team believes Bosa suffered a torn ACL in his left knee. The diagnosis will likely be confirmed on Monday. If the season-ending injury is confirmed, the NFL’s reigning Defensive Rookie of the Year will likely undergo surgery in the near future.

It’s the second time Bosa has suffered a torn ACL. He previously suffered the injury in his right knee while in high school, before enrolling at Ohio State. This obviously isn’t great news for the injury-plagued 49ers. The very same first quarter also saw former No. 3 overall pick, defensive lineman Solomon Thomas, carted off the field with a knee injury and the team also fears he suffered a torn ACL.

This is just a continuation of major injury issues for the 49ers.

Obviously, the 49ers’ injury issues are a major backdrop as the team looks to rebound from their ugly Week 1 loss to the Arizona Cardinals.