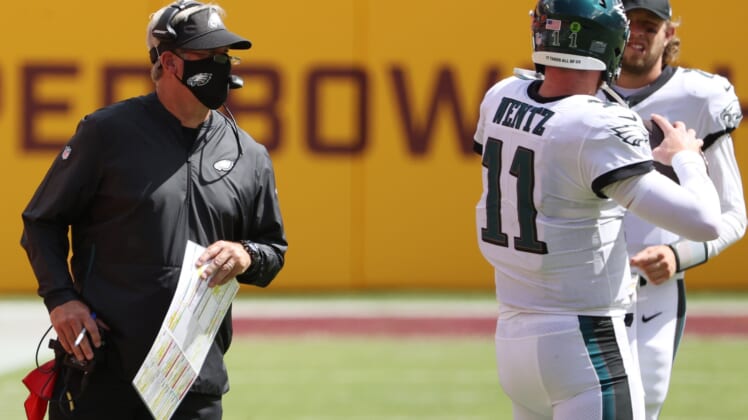 Carson Wentz connected on two touchdown passes with his tight ends within the first 23 minutes of the game. Prior to Dwayne Haskins hitting Logan Thomas for a touchdown at the end of the second quarter, Philadelphia held a 17-0 lead.

Starting with that Haskins score, it was all down hill for Philadelphia. The team saw Washington score the final 27 points of the game to win in stunning fashion. Carson Wentz threw two big interceptions, both of which led indirectly to Washington touchdowns to keep the home team in the game.

It was just an ugly overall performance from an injury-plagued Philadelphia squad against a team many expected to be among the worst in the NFL this season.

Those watching at home had their reactions. They were not great.