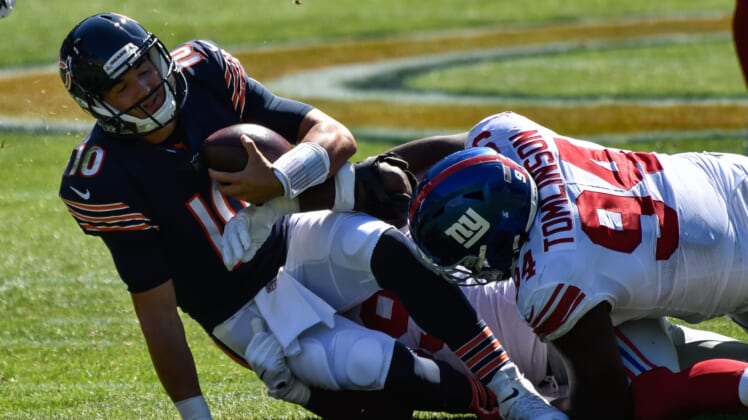 It’s rare that a team with a perfect 2-0 record opts to send its starting quarterback to the bench. That’s the situation the Chicago Bears found themselves in Sunday against the winless Atlanta Falcons.

Two weeks after throwing three fourth-quarter touchdowns in an epic comeback win over the Lions, Chicago opted to bench former No. 2 overall pick Mitchell Trubisky in favor of Nick Foles.

It came with Chicago trailing 23-10 in the third quarter and after Trubisky tallied just 128 passing yards with a brutal interception.

The idea of replacing Trubisky with a former Super Bowl MVP had been bandied about since the Bears traded for Foles during the spring.

In fact, Foles was seen as the overwhelming favorite to land the Bears’ starting quarterback job throughout the offseason. That’s why it was such a shock that Chicago opted for Trubisky ahead of Week 1.

In a contract year, one now has to wonder whether this is the end of the line for Trubisky in Chicago. Those watching the game reacted in kind.