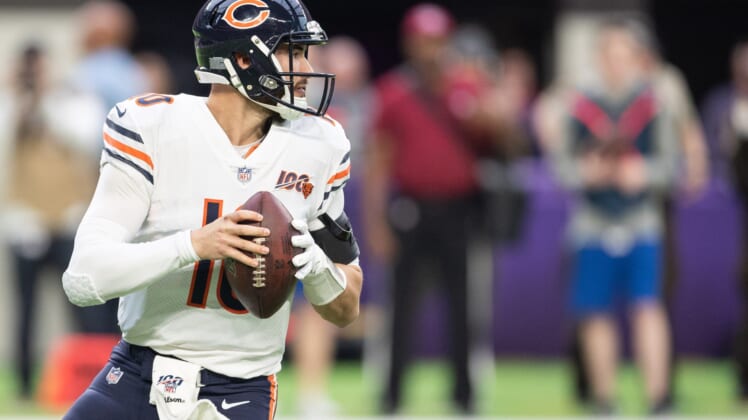 Entering his fourth season in the NFL, former No. 2 overall pick Mitchell Trubisky was seemingly playing from behind in the Chicago Bears’ quarterback competition this summer.

Suggestions throughout the offseason were that recently-acquired former Super Bowl MVP Nick Foles would earn the starting job. That’s not the case.

It goes without saying that head coach Matt Nagy and general manager Ryan Pace are tied at the hip to Trubisky after the latter gave up multiple valuable draft picks to trade up one spot for him in the 2017 NFL Draft.

Despite this, Friday’s news still qualifies as stunning.

The backdrop here is pretty obvious. The 2020 season and how Trubisky performs will tell us a lot about the futures of Pace and Nagy in Chicago.

In particular, Pace’s tenure in the Windy City will be defined by whether Trubisky rids himself of the bust lable or continues to prove he’s not a starter-caliber quarterback in the NFL.

Mitchell Trubisky’s stats are not great

This past season alone, the former North Carolina standout threw for just 3,138 yards and 17 touchdowns in 15 starts. In the modern NFL, those are not numbers indicative of a strong performance at quarterback.

That came on the heels of Trubisky throwing twice as many touchdowns (24) as interceptions (12) en route to leading the Bears to an 11-3 record in 14 starts and earning a Pro Bowl appearance back in 2018.

For his part, Foles bombed out in his only season with the Jacksonville Jaguars after signing a four-year, $88 million deal with the team. He threw three touchdowns and two interceptions in four starts before being replaced under center by Gardner Minshew.