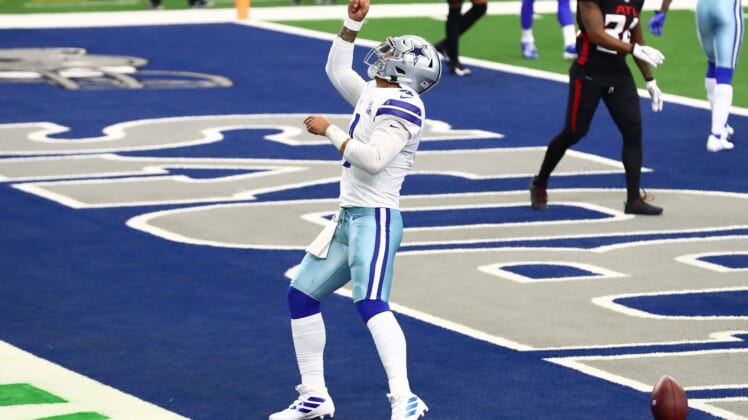 The Atlanta Falcons are notorious for epic collapses in big games, but even they shocked the NFL world in Week 2 with an unfathomable choke job that led to a stunning comeback by the Dallas Cowboys.

Heading into the second quarter, Atlanta was dominating the Cowboys with a 20-0 lead. Amid constant turnovers and baffling fake punts on fourth down by Dallas, NFL fans enjoyed every second of it. With a 29-10 lead at halftime, the Falcons were in a perfect position for their first win of the season.

Fittingly, no lead is safe for a franchise that blew a 28-3 lead in the Super Bowl. The Cowboys exploded in the third quarter with 14 unanswered points, narrowing the deficit to 29-24. Atlanta fought its way back with 10 consecutive points to increase its lead to 39-24 with eight minutes left in the game.

Dak Prescott led the Cowboys on another comeback in the closing minutes, engineering two scoring drives and capping it off with a one-yard touchdown run with less than two minutes remaining. Still trailing 39-37, Dallas needed a miracle on the onside kick. Of course, the Falcons provided them with it.

Somehow, Atlanta’s recovery team forgot the entire reason it was on the field. The Cowboys’ offense got the football back and Prescott finished off the improbable redemption story by setting up the game-winning field goal.

Most NFL fans never thought they would witness a collapse as absurd as the unforgetable disaster in Super Bowl LI. But the Falcons came through, as they always do, with a choke job in Week 2 that will forever live in memory. As Atlanta’s fans wept, the NFL world lit up with reactions.