Should Houston Texans’ slow start have Bill O’Brien on the hot seat? 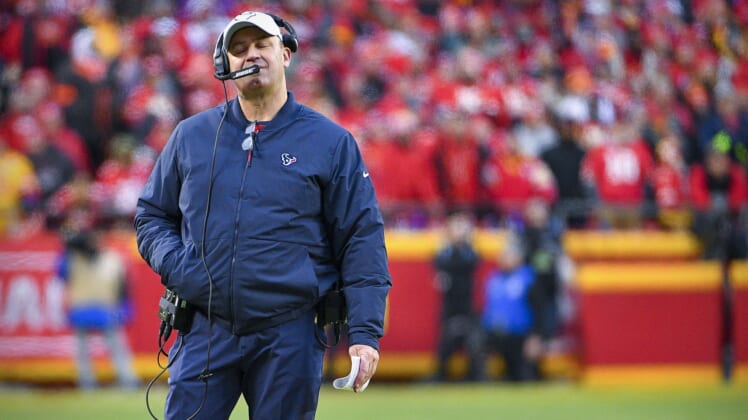 Houston’s ugly 33-16 loss to the Baltimore Ravens on Sunday followed an equally poor showing in its season-opening 34-20 defeat at the hands of the Kansas City Chiefs.

Handed the general manager title during the offseason, O’Brien’s first plan of action was to trade DeAndre Hopkins for pennies on the dollar. He then signed left tackle Laremy Tunsil to a record-breaking contract before rightfully extending Deshaun Watson.

The backdrop here is a Texans squad that faded in the AFC Playoffs against the Chiefs last season and has now taken a further step back. Should this mean that O’Brien is on the hot seat? I will answer that below.

Bottom line: Bill O’Brien does not deserve the benefit of the doubt

It’s rather simple. O’Brien was a hot head-coaching commodity leading up to the 2014 season after some success with Penn State. He ultimately led Houston to a 9-7 record in each of his first three seasons before erratic performances as of late.

All said, O’Brien has posted a mediocre 52-46 record in six-plus seasons as Houston’s head coach. That includes a disastrous 2-4 mark in the playoffs.

Whether it was a rift with former general manager Brian Gaine or a power play from O’Brien, the decision to fire Gaine back in June of 2019 also caught a lot of people by surprise. In the time since, O’Brien has not proven himself to be qualified as a general manager.

From a coaching standpoint, he now seems to be in over his head. All of this leads me to believe the Texans should bite the bullet and move on from this experiment. If nothing else, to save Dashaun Watson from Bill O’Brien.