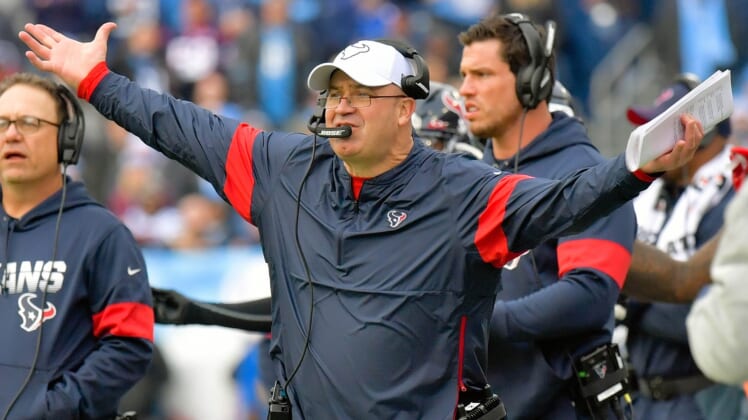 Coming off a disastrous showing in the playoffs, the Houston Texans announced on Tuesday that head coach Bill O’Brien will now receive the title of general manager.

Houston fired general manager Brian Gaine and reportedly gave much of the power on decisions and building the roster to O’Brien. While the team had an interim general manager during the regular, the Texans fired him following the playoffs.

The decision to name O’Brien as general manager is far from surprising. He was responsible for the Laremy Tunsil trade, which cost the Texans two first-round picks. O’Brien also traded Jadeveon Clowney, a move that still draws laughter and criticism from around the NFL.

Despite glaring signs that O’Brien isn’t the right person to coach this team or build a championship-caliber roster, which he has demonstrated in recent years, the Texans seem ready to invest in O’Brien even more.

O’Brien will head into the offseason with one top-100 selection in the 2020 NFL Draft and $50 million in cap space to address numerous needs on the roster.