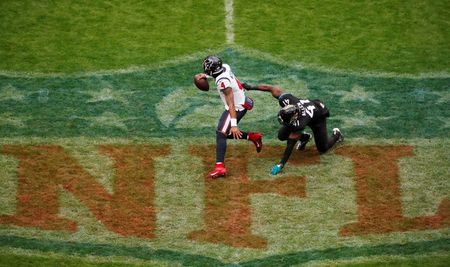 The two-time Pro Bowler was among the highest rated quarterbacks last season, leading the Texans to a 10-6 record, first in the AFC South. The team lost in the divisional round of the playoffs to the Kansas City Chiefs, who went on the win the Super Bowl in February.

The deal will keep Watson in Houston through 2025, with $111 million guaranteed, making him the second-highest paid quarterback in league history behind Super Bowl MVP Patrick Mahomes of the Chiefs, according to the NFL Network.

In July, the Chiefs signed Mahomes to a $450 million, 10-year extension, the biggest contract in NFL history.

The Texans did not immediately respond to a request for comment.

Mahomes and Watson will face off on Thursday, as the Texans and Chiefs kick off the 2020 NFL season in Kansas City.