Texans must fire Bill O’Brien after historical meltdown vs. Chiefs 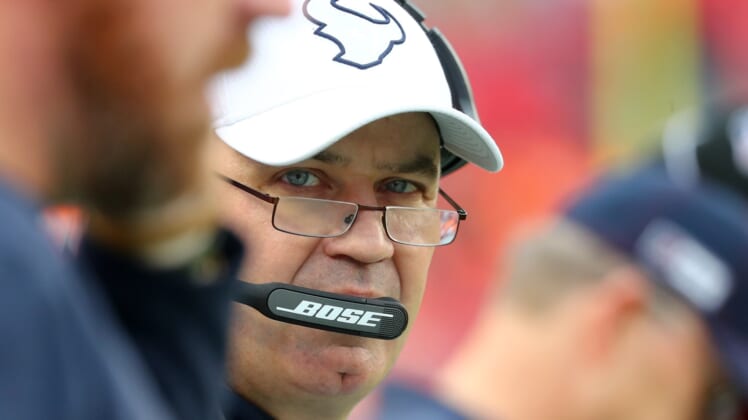 Everything was going right for the Houston Texans early on in their AFC Divisional Playoff game against the Kansas City Chiefs on Sunday.

Houston opened up a 24-0 lead early in the game, taking advantage of key Chiefs mistakes in the process. Unfortunately, key coaching mistakes from Bill O’Brien came back to haunt the team in a big way.

It culminated in Houston blowing a 24-point lead in a meltdown if epic proportions. In the end, O’Brien and Co. dropped the game by the score of 51-31.

Bottom line: This should in fact do it for O’Brien’s largely questionable tenure with the Texans. Key in-game coaching mistakes coupled with an inability to adjust represented yet another example of O’Brien being outclassed in the playoffs.

The specifics: Two key mistakes from O’Brien in the second quarter changed the entire dynamic of this game and kept open the possibility that Kansas City could come back.

It’s been a common theme: These in-game mistakes are not limited to Sunday’s game. It was just last week that O’Brien almost cost his team the wild-card game against Buffalo.

The Deshaun Watson factor: If the Texans want their young quarterback to take that next step, they need to get some new blood in there.

O’Brien finishes up his sixth season as head coach with just two playoff wins. Sure the Texans have finished above .500 in five of those seasons, but the lack of playoff success is alarming.

More than anything, it’s been about O’Brien’s inability to match wits with some of the NFL’s best head coaches in the postseason. That came out in droves against Andy Reid and the Chiefs during an historical meltdown.

Houston became the first team to trail at halftime of a game after going up 24-0 early on. It gave up three second-quarter touchdown catches to Chiefs tight end Travis Kelce.

All the while, O’Brien’s in-game mistakes and lack of adjustments doomed the team. It’s now time for Houston’s brass to finally bite the bullet and move on from the long-embattled head coach.