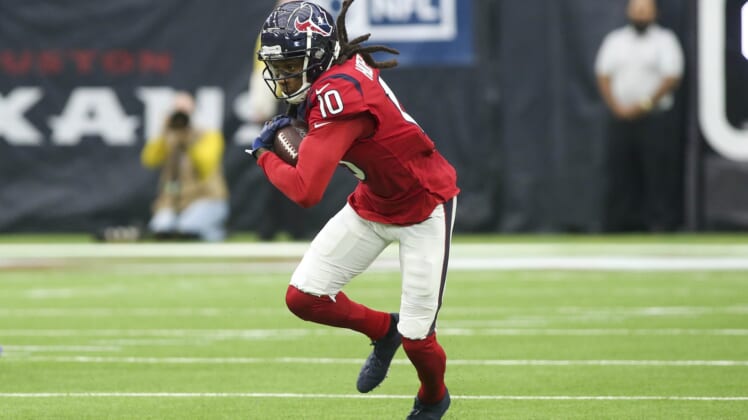 New broke earlier on Monday that the Arizona Cardinals had dealt All-Pro running back David Johnson to the Houston Texans.

In no way did we expect star wide receiver DeAndre Hopkins to be included in the deal. But here we are. According to several reports, Houston has dealt one of the game’s top receivers and a fourth-round pick to Arizona for a 2020 second-round pick and 2021 fourth-round pick.

It goes without saying that this is a lopsided trade in Arizona’s favor. Hopkins, 27, has put up an average of 105 receptions for nearly 1,400 yards over the past three seasons. Johnson tallied less than 400 rushing yards last season.

The NFL world reacted in kind.