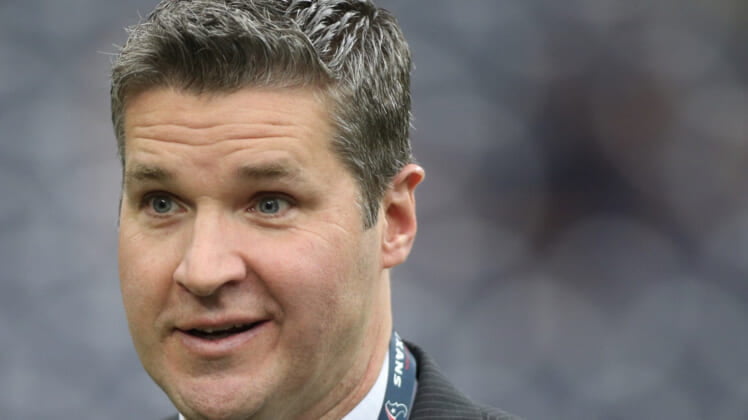 NFL teams certainly don’t have the timing down right when it comes to front office moves. The New York Jets proved that last month.

However, the Houston Texans’ announcement on Friday afternoon that they have fired general manager Brian Gaine after less than two years qualifies as an absolute shock.

Even the Texans noted that the timing was “unusual” in their press release announcing the move.

Houston didn’t offer anything specific in terms of what led to the firing outside of a company line statement claiming it to be in the “best interest of our organization.”

Gaine was hired back in January of 2018 after most recently serving as the Vice President of player personnel with the New York Jets.

We’re sure to hear a lot more about the odd timing of this move. The Texans are less than two months away from reporting to training camp.