Winners, losers from Seahawks’ thrilling victory over the Cowboys 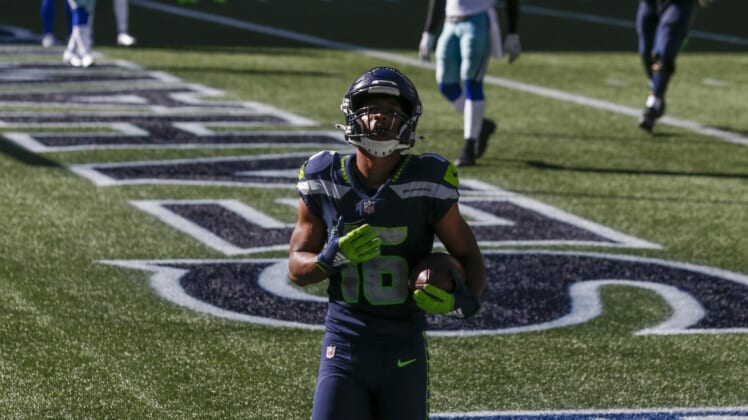 The NFL’s “Game of the Week” lived up to the hype in Week 3, with the Seattle Seahawks and Dallas Cowboys putting on an epic showing between two explosive offenses.

It didn’t take long for the big plays to come. Tyler Lockett broke free in coverage early for the first touchdown of the game. The highlights rolled on, with both teams exchanging touchdown drives. Just when the Seahawks seemed to grab momentum, Dak Prescott answered with a big play of his own.

The drama intensified late, with Prescott leading another comeback to snag the lead with four minutes left. Trailing 31-30, Wilson had his chance to answer with the clock ticking. Even on a day when he wasn’t exactly in his MVP-caliber form, Wilson delivered in the clutch.

Here are the winners and losers from the Seahawks’ 38-31 victory over the Cowboys.

Lockett is the most underrated receiver in the NFL. We knew he didn’t receive enough appreciation from football fans. It turns out, he is even being ignored by NFL defenses. Lockett doesn’t need help getting open, but Dallas made things even easier for him by letting him run free across the field.

The Cowboys didn’t learn their lesson after the first touchdown. Lockett was left open for two more touchdowns and that was before halftime alone. Seattle’s 5-foot-10 receiver put the team on his shoulders and carried it, finishing with 100 receiving yards and three scores. There are few better pairings in the NFL than Wilson and Lockett.

Great teams don’t just win games with their defense and offense. It takes execution in all three facets of the game. The Cowboys made mistakes on both sides of the ball in Week 3, but the early gaffes on special teams sunk this team early and proved costly on the scoreboard.

It started with Tony Pollard’s blunder on the kickoff return, muffing the football and downing it at the one-yard line. One player later, Seattle recorded the safety. The Cowboys scored a touchdown on their next drive, but Greg Zuerlein shanked the extra-point attempt. The problems continued on Dallas’ next touchdown, with Zuerlein’s extra-point attempt getting blocked. Every point counts against great teams and the Cowboys’ special-teams unit cost itself four points on Sunday.

Winner: Aldon Smith is the best story of NFL season

There are few things better than a great comeback story. In most cases, especially athletics, it comes from a person overcoming an injury. We’re seeing something special in 2020. Smith was one of the NFL’s best defensive players early in his career – then he lost it all due to addiction and personal struggles. After five years out of the NFL, he is back and creating havoc.

Since being reinstated by the NFL, the 31-year-old edge rusher has been a game-changer for the Cowboys. After a stellar debut in Week 1, Smith took things to another level against Seattle. He recorded three sacks and two tackles for loss, putting constant pressure on Wilson. Smith is on his way to a double-digit sack season, which is wild after a five-year absence. As of now, he’s the only player on this defense making plays that actually help this team.

At 6-foot-4 with a 4.33 40-yard dash, there are few wide receivers more difficult to cover than Metcalf. He torched the New England Patriots in Week 2 and made an even bigger play on Sunday against the Cowboys. Unfortunately, the 22-year-old showed his youth in a disastrous moment.

Every point counts in these marquee games, especially when it’s a close contest. Metcalf’s decision to celebrate his touchdown early directly cost his team six points. It easily could have been the difference in a critical game, one with potential playoff implications. Fortunately, the Seahawks survived and Metcalf is still a playmaker.

Prescott’s comeback against the Atlanta Falcons was stunning, but it came with a little help from the Falcons. In Week 3, he overcame the Cowboys’ special-teams mistakes and a terrible defense. Once again, in a game that Dallas could have easily quit on, Prescott carried the Cowboys to a comeback.

When the Seahawks took away Amari Cooper, Prescott attacked every other hole in the defense. He connected with Cedrick Wilson, a practical unknown coming into this game, for two touchdowns. The connection with Michael Gallup was also back on track, with the duo picking up over 100 yards through the air. Prescott made the big throws, taking this team as far as he could. Ultimately, it just wasn’t enough on a team that makes too many mistakes.

Offensively, either of these teams can win the Super Bowl. When you’ve got an MVP-caliber quarterback with an electrifying receiving corps and a strong running game, dropping 30-plus points is the expectation every week. Unfortunately for Dallas and Seattle, these defenses are alarmingly bad.

This isn’t just a one-game reaction. Both units were problematic in Week 2 and showed real signs of trouble in their season openers. The Seahawks can’t pressure on the opposing quarterback and elite passers will gladly take that time to destroy this secondary. Meanwhile, Dallas can’t cover anyone and it struggled against the run on Sunday. A matchup against the Kansas City Chiefs or Baltimore Ravens wouldn’t be pretty for the Cowboys and Seahawks.