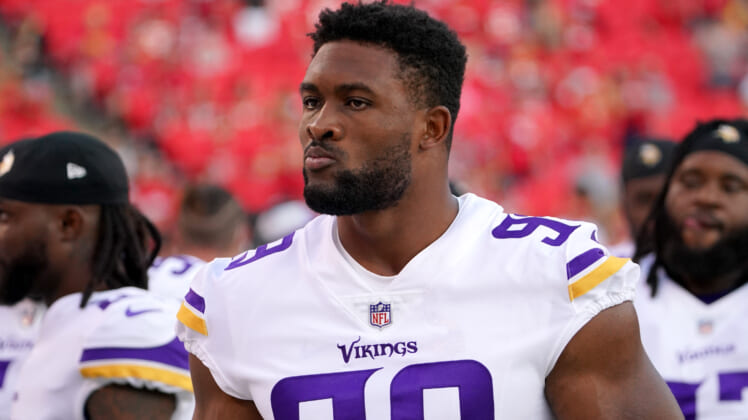 NFL teams are more desperate for edge rushers than ever and with the Minnesota Vikings seemingly open to big moves, defensive end Danielle Hunter is reportedly generating plenty of interest across the league.

The 27-year-old pass rusher was drafted with the 88th overall pick in the 2005 NFL Draft, blossoming into a sack specialist on Minnesota’s defensive line. Unfortunately, injuries have kept him on the sidelines for the majority of the past two seasons.

Following Aaron Rodgers’s return to the Green Bay Packers, it seems Minnesota’s new regime might be open to a roster reset. While young parts of the Vikings’ core would remain, veterans like Kirk Cousins, Adam Thielen and Dalvin Cook are being floated in NFL trade rumors. However, general managers might be eyeing a player on the defensive side.

According to ESPN’s Jeremy Fowler, multiple teams inquired with Minnesota about the availability of Hunter. As of now, the Vikings aren’t actively shopping their top edge rusher. But there’s a belief around the NFL that Hunter is available. 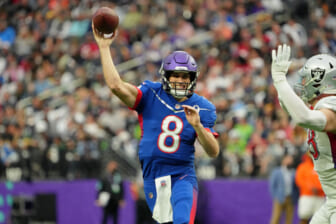 While trading Hunter would create an even bigger hole on Minnesota’s defensive line, the incentive to move him could spike once the top free-agent edge rushers come off the market in NFL free agency.

Why the Vikings might entertain a Danielle Hunter trade?

There’s no doubt Hunter is a disruptive player when healthy. He generated 10 quarterback hits and six sacks in only 10 games this past season. Furthermore, Pro Football Focus credits him with 31 total pressures and 16 stops across 382 total snaps played.

With that acknowledged, Minnesota also hasn’t received enough value for what it has paid Hunter in the past two years. Unsure if he can stay healthy for a full season, the Vikings are projected to be $15.36 million over the NFL salary cap before free agency.

Trading Hunter before June 1 would create $14.64 million in cap space, per OvertheCap.com. While it would only be a star towards cap compliance, it’s one of the primary reasons why teams believe Minnesota will make Hunter available. Otherwise, they are stuck with an oft-injured lineman carrying a $26.12 million cap number. 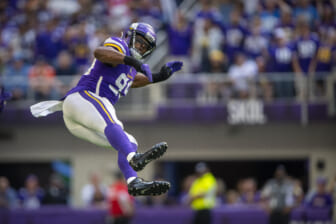 If general manager Kewsi Adofo-Mensah receives the green light from ownership to start reshaping this roster, it’s possible Hunter is gone. Minnesota certainly won’t make a move immediately, ideally waiting until Von Miller, Chandler Jones and Randy Gregory have signed with new teams. Once that happens, the Vikings can try and spark a bidding war between clubs who missed out on the top pass rushers.

As mentioned above, Hunter would be an upgrade for several teams. While there are some red flags associated with acquiring him, including that he might want a new deal a year from now, talent outweighs the risk.

Among potential playoff contenders, the Baltimore Ravens, Cleveland Browns, Denver Broncos, Indianapolis Colts, Kansas City Chiefs and New England Patriots are all in the market for a pass rusher this offseason. Importantly for Minnesota, each of these organizations has a history of making big deals, even if it means taking a roll of the proverbial dice.

If the Vikings want to move Hunter to a team with the highest picks, the Jacksonville Jaguars and New York Jets desperately need pass-rushing help. While they wouldn’t allow Hunter to play in a competitive atmosphere with a potential Super Bowl contender, plenty of cap space means he could land a multi-year extension.

Time will tell whether or not the Vikings are serious about holding a small firesale. If that decision is made, expect Hunter to be one of the first players traded before the NFL Draft concludes.