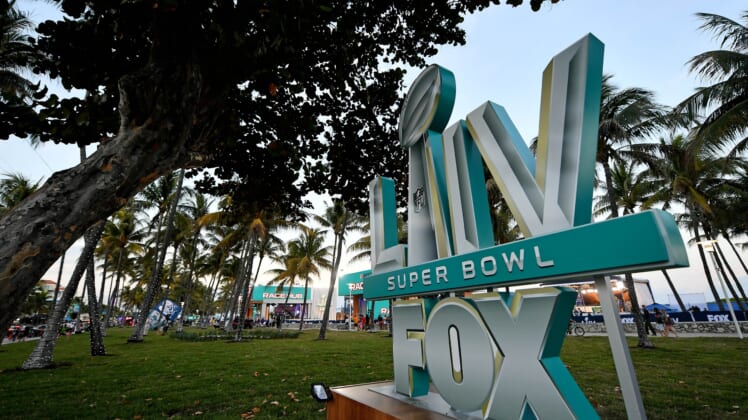 The NFL ratings early in the 2020 season have fluctuated amid league-wide protests over racial inequality in the United States. Even amid a time of uncertainty with viewership, FOX Sports is reportedly willing to pay a staggering amount for the rights to broadcast NFL games in the years to come.

With the NFL secured labor peace for the next decade, thanks to the new collective-bargaining agreement with players, FOX is already in talks to ensure it can broadcast games for future seasons.

A central theme of the 2020 season has been protests across the NFL. From the league itself supporting the Black Lives Matter movement and pledging $250 million to combat systemic racism, to more players peacefully demonstrating during the national anthem.

As teams and players get more involved in the movement for social justice and use their platforms louder to demand equality, many fans and even President Donald Trump have responded to the protests.

When the NFL season began in Week 1, the Houston Texans-Kansas City Chiefs opener experienced a massive drop in ratings. The next primetime game, a “Sunday Night Football” battle between the Dallas Cowboys and Los Angeles Rams, also lost millions of viewers compared to the 2019 season.

At a time when the NFL could potentially lose billions of dollars in stadium revenue, due to the COVID-19 pandemic leading to games being played without fans in some cities and other stadiums at reduced capacity, the league is dependent this year on generating revenue from television and advertising. It’s especially important given the NFL’s deals with major networks to broadcast games expires in 2022.

Despite the pandemic and instability in viewership, networks are already preparing to make record-setting deals with the NFL. According to Bloomberg, FOX is poised to spend $2 billion annually on its next broadcasting agreement to broadcast NFL games on Sundays in the future. This comes at a time when the network announced it saw a spike in viewership for Week 2.

ESPN’s “Monday Night Football” doubleheader to close Week 1 also suffered a ratings crash, on the same night when the Pittsburgh Steelers held a sign calling for an end to racism during the national anthem. Fortunately for the network, its viewership rebounded in Week 2 with a sizable spike in audience size.

If FOX is willing to pay $2 billion per season, other networks will likely follow. Early estimates in December 2019 projected the NFL might receive $8-10 billion annually when it finalizes new television deals. ESPN’s contract for the rights to “Monday Night Football” expires after 2021.

Not only does the network still want to broadcast MNF games, it may want to acquire the rights to future Super Bowls. Given the network is already paying the NFL $1.9 billion per year, the asking price will certainly soar after 2021.

If this happens, the NFL’s looming salary cap woes won’t be much of an issue. Even if the 2021 cap drops significantly for each team, owners and players will have far more money coming in years to come with record-setting revenue numbers likely to follow.

ESPN has made an effort in recent years to avoid getting involved in politics, but that changed in 2020 amid nationwide protests. It impacted the entire sports industry with NBA Playoffs being temporarily boycotted by players, MLB releasing a statement on George Floyd’s death and the San Francisco Giants manager kneeling with players during the anthem.

The trend is expected to continue with the 2020 presidential election coming up, which will result in another clash between the NFL and President Donald Trump.

NFL vs. Donald Trump and the 2020 election

As the NFL became more open to players demonstrating during the national anthem before games, Trump fired back at the league. He vowed to boycott the NFL this season if players kneeled and later said he would be happy if games weren’t played. With the presidential election looming and debates fast approaching, the NFL could once again be at odds with Trump’s message and its games will compete against debates.

While “Thursday Night Football” has never been the league’s strongest slate for viewership, it did fairly well in Week 2. However, it will be competing directly with the final two presidential debates on Oct. 15 (Kansas City Chiefs at Buffalo Bills and Oct. 22 (New York Giants at Philadelphia Eagles).

Related: NFL to take a stand against President Trump?

We’ve seen the NFL ratings take a hit when in direct competition with debates and that trend will likely continue in October. If the league can see its viewership for “Sunday Night Football”, “Monday Night Football” and its marquee games on FOX and CBS perform well, things should work out just fine.