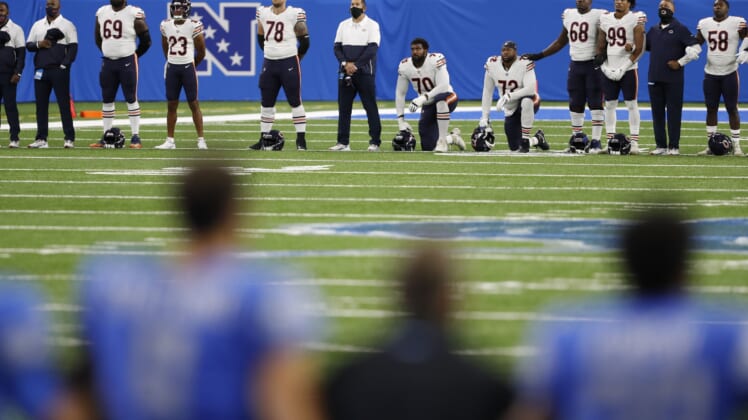 As the 2020 NFL season kicks off in Week 1, players and teams joined in league-wide demonstrations and protests to raise awareness for police brutality and to encourage racial inequality in the United States.

Protests began in the NFL Kickoff Game on Thursday, when the Kansas City Chiefs and Houston Texans took part in a protest during the national anthem. The two clubs later came together in a moment of unity, setting the stage for what we saw when games began on Sunday.

From players kneeling during the national anthem to an entire team not taking the field until The Star-Spangled Banner was played, each club took different approaches to their form of protest. While actions are being taken by all 32 teams, there remains concern for how fans will respond to the protests.

As we saw on Thursday Night Football, the NFL’s ratings are already taking a massive hit this year. It will be a huge storyline for the remainder of the season, but it’s evident players will continue to protest in 2020.