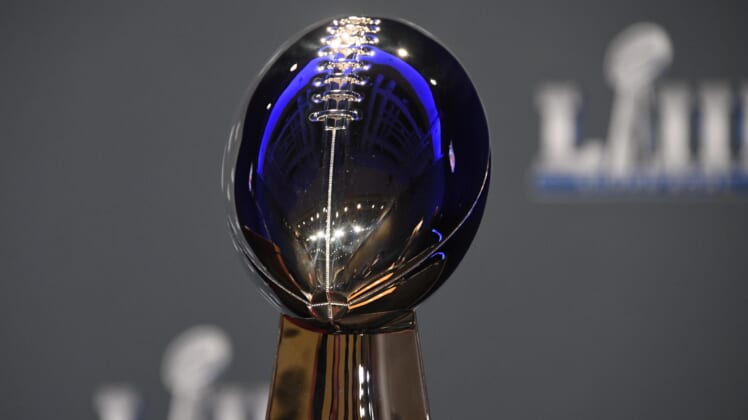 ESPN has reportedly chosen its Monday Night Football broadcast team for the 2020 NFL season. Now, the network could be setting its sights on the Super Bowl.

After striking out on top free-agent talent Peyton Manning and Tony Romo earlier this offseason, ESPN tabbed a three-man broadcast team with Steve Levy, Brian Griese and Louis Riddick. With the network’s immediate future secured, it is now looking ahead to the future with the NFL.

Currently, per CNC, ESPN is paying the NFL approximately $2 billion per year to broadcast all Monday Night Football games. However, their contract with the league expires after the 2021 season.

Negotiations between the NFL and major networks are ongoing, with both sides taking their time given two years remain on partnerships with FOX, NBC, CBS and ESPN.

In a recent mailbag, the New York Post’s Andrew Marchand wrote that the biggest change coming to future television rights deals would be ESPN and ABC expanding their coverage. Specifically, either network could add a future Super Bowl broadcast to their schedule.

The Super Bowl has alternated between CBS, NBC and FOX each year since 2007 and the last broadcast on ABC was Super Bowl XL in 2006. ESPN has never broadcaster a Super Bowl in the network’s history.

ESPN will obviously face significant competition for a game that continues to draw massive ratings. It will be even more challenging given CBS has Tony Romo and Jim Nantz, NBC has Al Michaels and Cris Collinsworth while FOX has Joe Buck and Troy Aikman.

If ESPN or ABC wants the rights to broadcast a future Super Bowl, they’ll need to be willing to pay the NFL more than ever. Of course, landing the rights to the big game will be like printing money and it could be what entices Peyton Manning to finally join the booth.