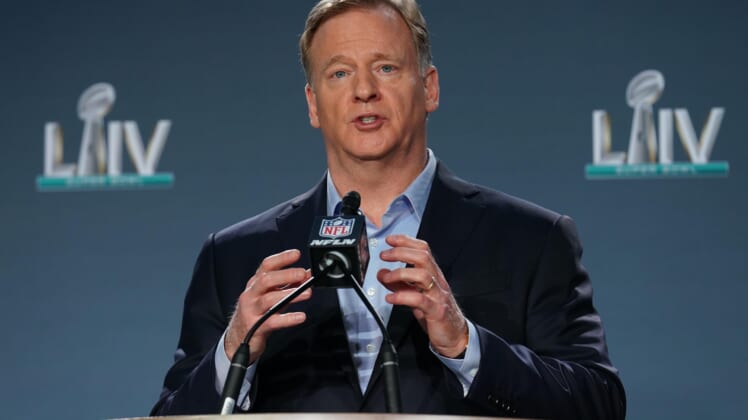 Following the tragic death of George Floyd in police custody, countless NFL players have come forward to speak out and protest police brutality and systematic oppression of black people in the United States. On Friday, NFL commissioner Roger Goodell joined them with a powerful statement.

The NFL drew criticism from players for its statement after Floyd’s death, with many pointing at the league’s treatment of Colin Kaepernick and his message. Now, Goodell has come forward with a message supporting the stand many players are taking.

Just aa few years after the NFL adopted new rules for players, after Kaepernick sparked a wave of athletes kneeling during the anthem, Goodell admitted on Friday that the league got it wrong.

Following Floyd’s death in Minnesota, along with the death of Breonna Taylor, the NFL now seems to be listening to players’ voices about systematic issues and police brutality. As a result, Goodell is now throwing his support behind the Black Lives Matter movement and vows to be part of those demanding change.

Goodell’s statement came just a day after many NFL stars released a video calling on the league to condemn racism and support its black players. In the video, which included appearances from Patrick Mahomes, Deshaun Watson and Ezekiel Elliott, players urged the NFL to finally join them in this movement and admit they got it wrong before.

They got what they wanted to hear on Friday with Goodell even going further to touch on the rationale behind protests across the United States and frustrations felt by black communities. Now, we can expect Goodell to start partnering with teams and players to help bring more positive change.