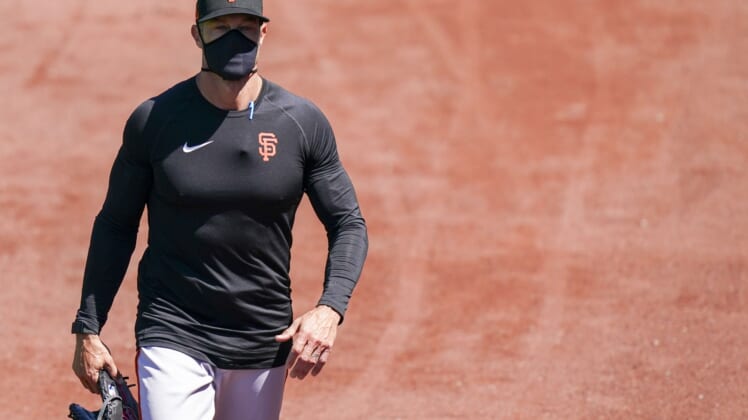 San Francisco Giants manager Gabe Kapler joined several of the team’s players by kneeling during the national anthem before Monday’s exhibition game against the Oakland Athletics.

As the national anthem was played at RingCentral Stadium in Oakland, Gabe Kapler and several Giants’ players and coaches kneeled to raise awareness for police brutality and systemic inequality in the United States.

Kapler, who was hired as the team’s skipper this offseason, joined outfielders Mike Yastrzemski, Austin Slater, Jaylin Davis and first base coach Antoan Richardson in the protest before the scrimmage. Yastrzemski is the grandson of Hall of Fame outfielder Carl Yastrzemski.

It marks the first since the 2017 MLB season that an MLB player kneeled during the national anthem. Previously, Oakland Athletics catcher Bruce Maxwell was the lone player in professional baseball to peacefully protest on the field.

Kapler has expressed support for players speaking out against racism and used his platform to call for change in the United States since arriving in San Francisco. He becomes the first manager to join players in taking a knee during the anthem.