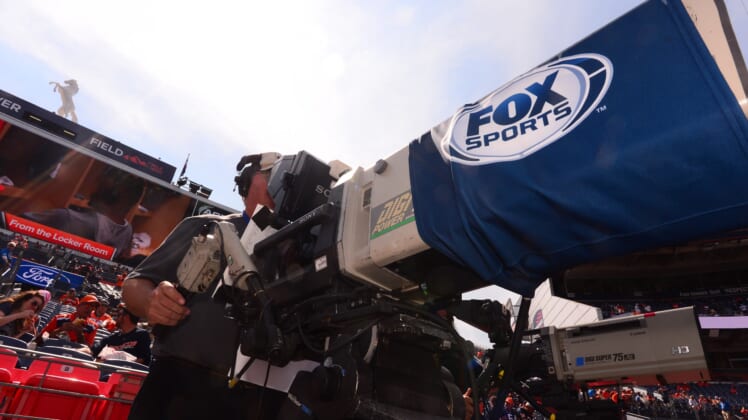 The NFL achieved long-term labor peace early this offseason by agreeing to a new collective bargaining agreement with the NFL Players Association. Now with the CBA signed, the NFL has turned its attention to negotiating new deals with networks for broadcasting rights to NFL games.

As the NFL started to complete its negotiations with the NFLPA, the league’s next focus became on negotiating record-breaking media deals with the major networks. While the league’s current contracts for broadcasting rights with FOX, NBC and ESPN don’t expire until 2022, discussions on new deals are already underway.

On Tuesday, FOX Corp. COO John Nallen told Deadline.com that the company is already working to renew its broadcasting rights deal with the NFL. While talks are at the “very, very early” stages, FOX is laying the groundwork now with the NFL’s asking price expected to skyrocket.

The network is negotiating both for the rights to NFL games on Sundays and for the league’s Thursday Night Football broadcast. FOX gave the NFL $3.3 billion in 2018 for the broadcasting rights to TNF for five years and the next deal is expected to cost the network even more.

In April, the NFL renewed its deal with Amazon to allow the company to stream TNF games through 22 with 11 games set to be available on Prime and Twitch.

FOX is very aware that it will be paying the NFL even more under the next contract, which is something the network is very willing to do.

“Give me the NFL, the ability to have that kind of programming,” Nallen said, via Deadline.com. “That’s where the focus should be.”

In December, a network executive projected the NFL could receive almost $10 billion annually after it signs its new television deals. Given the game’s intense popularity, the expansion of the playoffs and the possibility of a 17-game season starting in 2021, great things are ahead for the NFL’s financial future.