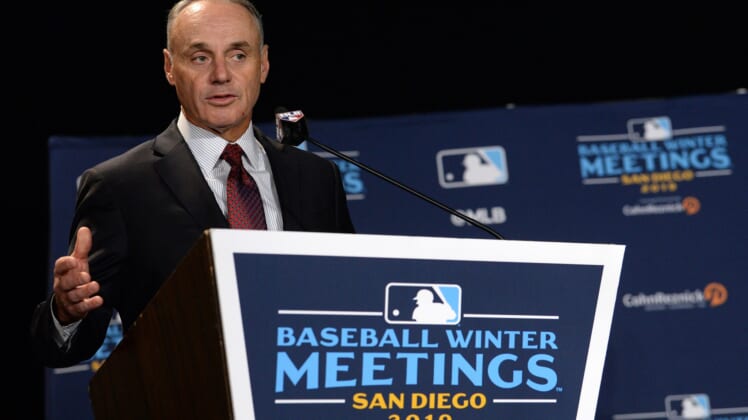 More than a week after George Floyd died in police custody in Minnesota, sparking outrage and protests across the world, Major League Baseball released a statement remembering Floyd and others who lost their lives to law enforcement.

Following criticism from fans and players for not speaking out, MLB issued a statement on Wednesday stating the league’s zero-tolerance policy towards racism and racial injustice.

MLB also touched on the experiences of the African-American community, dealing with fear or anxiety from racial discrimination, prejudice and violence.

The league expressed its commitment to engaging communities across the United States in bringing out change for the entire country. Furthermore, ML said it wishes to help address issues relating to injustice and systemic racism that many persons of color experience.

The statement is just the latest to come from professional athletes, coaches, teams and leagues across the country as many weigh in on Floyd’s tragic death.