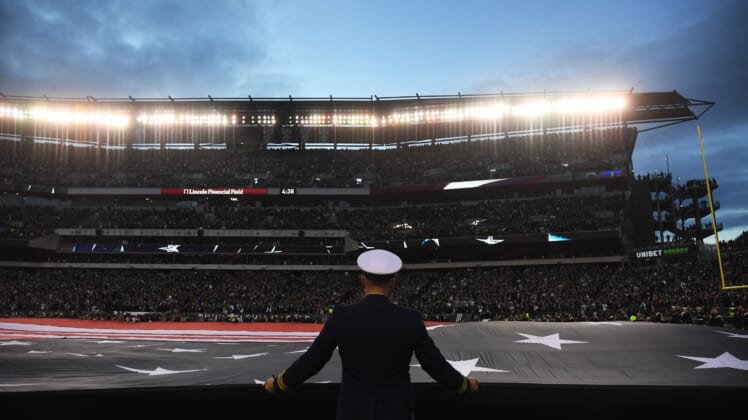 It was just last week that NFL Commissioner Roger Goodell shocked the sports world by admitting the league mishandled the Colin Kaepernick-led national anthem protests years back. The NFL is now backing that it up with a major commitment.

The league’s announcement on Thursday indicates that said donation will be over a 10-year span. That’s $25 million annually to help those most impacted by racial inequality in the United States today.

The NFL has already donated $44 million to help fight systemic racism in the United States. As for their most-recent donation, it equates to less than $800,000 per team annually. This obviously doesn’t take into account what individual teams such as the Minnesota Vikings have pledged.

Commissioner Roger Goodell and Co. had in the past pushed back against the national anthem protests. It was one of the most divisive decisions in recent league history.

Now, following the murder of George Floyd by a then-Minneapolis police officer back on May 25, public sentiment supports the Black Lives Matter movement. It’s led to the league changing its stance big time.

Will the NFL engage in widespread national anthem protests during the 2020 season?

It seems more likely than not that widespread protests will be the name of the game once the season starts on Sept. 10. Among the players, there’s growing support for the protests we’ve seen on the streets since Floyd’s brutal murder last month.

As for Goodell, his statement last week included a stance that he protests with the players. That’s obviously a dramatic reversal of course from four years ago.

It will be interesting to see how this plays out once the season starts Sept. 10 with the defending champion Kansas City Chiefs hosting the Houston Texans.