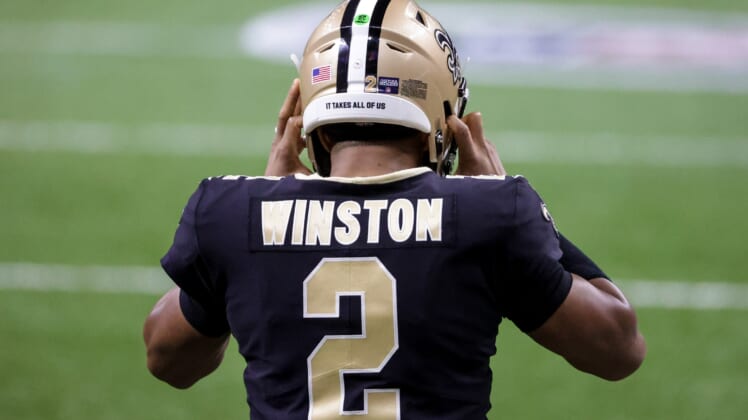 As the New Orleans Saints prepare for a 2021 season without Drew Brees, who is still expected to retire, head coach Sean Payton is thinking about his next quarterback. In an offseason with multiple star passers and intriguing, young talent available, New Orleans might already know who will be under center next season.

While Seattle Seahawks star Russell Wilson hasn’t specifically asked for a trade, the growing rift between the two sides is getting worse and a blockbuster move is increasingly likely. The Super Bowl champion and perennial NFL MVP candidate has provided a list of teams he wants to play for, including the New Orleans Saints.

But for as badly as New Orleans would love to replace Brees with Wilson or Deshaun Watson, the organization knows neither is a realistic option. Pressed up against the NFL salary cap and with limited draft capital to move, the Saints must settle for another option at quarterback next season.

NFL Network’s provided an update on The Rich Eisen Show regarding the Saints’ quarterback situation. New Orleans is reportedly already moving forward with the knowledge that Brees is retired. More importantly, the top NFL insider said he’d be surprised if anyone other than Winston starts for the Saints in 2021.

The rumors have been pointing in this direction for a few months. While it was Taysom Hill who stepped in as the starter when Brees got hurt, the confidence seems to reside in Winston. Payton seemingly endorsed the 27-year-old quarterback and beat reporters close to the team have said Winston is the likely heir to Brees.

A year ago, indications were the Saints wanted Hill to be the long-term starter. They signed him to a $21 million contract and early hints suggested he was “the guy” who Payton wanted to take over. When New Orleans started him over Winston, it seemed like a sign that Payton’s decision for the future was made.

However, a moment during the NFL Playoffs caught the eye of everyone. Towards the end of the loss to the Tampa Bay Buccaneers, Brees was seen talking to Winston and seemingly telling him that it would be his team now. Since then, Payton has offered glowing praise for the young quarterback.

Winston is a free agent, but he is expected to re-sign with the Saints. After spending the past year learning Payton’s system and being mentored by Brees, the team is hopeful that those experiences combine with the physical talents that made him the No. 1 overall pick.

One thing is for certain, the New Orleans Saints will look different in 2021. Winston will bring a different dimension to this offense and the defense will be overhauled after a wave of salary-cap cuts. If the Saints’ belief that Winston offers more upside than Matthew Stafford proves to be true, this team could be more exciting than expected in 2021.