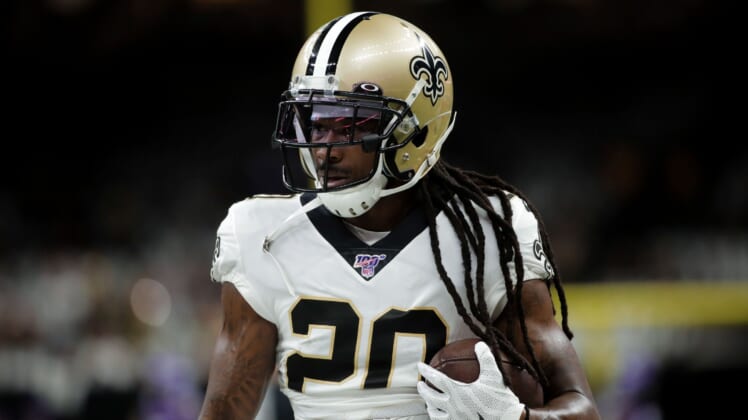 Jenkins is a quality veteran cornerback, but a big cap hit ahead of his age-33 season meant he was destined to be cut loose by the cap-strapped Saints.

NFL Network’s Ian Rapoport reported on Jenkins’ release and added the details of how much the Pro Bowler would’ve cost the team had he stayed:

Although releasing Jenkins is a cost-effective move for New Orleans efforts to build the roster in 2021, he’s still a $7.2 million dead cap charge, per Over the Cap, and will be sorely missed in the Saints’ secondary.

It just goes to show how aggressive the team was to spend big on established players toward the end of legendary quarterback Drew Brees’ career. Those bold front-office tactics by general manager Mickey Loomis, combined with the lowered NFL salary cap, is making for a tough offseason in New Orleans.

But credit all the maneuvers Loomis has made so far to at least get the Saints in range of coming in under the cap before the start of the league year next week. And in the midst of all that, he managed to slip in the franchise tag for stud free safety Marcus Williams, perhaps the team’s highest-priority, would-be free agent.

There should be no shortage of suitors lining up for Jenkins’ services. He doesn’t have a lot of leverage given his advanced football age, and the smaller salary cap gives him even less sway over earning a stronger payday in 2021.

Any contender who needs depth or a potential starter at outside cornerback can count on Jenkins to step in as either a heavy contributor in a defensive back platoon, or a solid No. 2 cornerback opposite a bigger star. He might even convert to free safety at some point given his coverage skill set.

Cap problems will continue to plague the Saints, particularly if they don’t want to roll with Taysom Hill as their starting quarterback this season. Hill has played far more at tight end than QB at this point in his NFL career, and it’s a stretch to think he’ll seamlessly operate the offense Brees has had command over for so long.

It’s either Hill, who’s under contract, or Jameis Winston, which might cost New Orleans money it doesn’t have since he’s also on the open market.

While the Saints can live with the rest of their free agents walking for the most part, they’re still very much unsettled at the most important position and don’t have a firm succession plan in place for Brees. That could mean a larger, bolder transaction is on the horizon.

That said, before New Orleans can entertain notions of a QB upgrade, it still needs to clear something like $25 million in salary cap just to get out of the red. That’s the top priority, and additional space is needed to accommodate the Saints’ 2021 NFL Draft class, which may well feature a first- or second-round cornerback now that Jenkins is gone.

Can Loomis reload this roster on the fly, or is New Orleans destined to give up its NFC South crown to the reigning Super Bowl champion Tampa Bay Buccaneers? How the cap situation pans out will go a long way in determining what the Saints can do this year, and how well they’re set up to make a bigger splash next offseason.