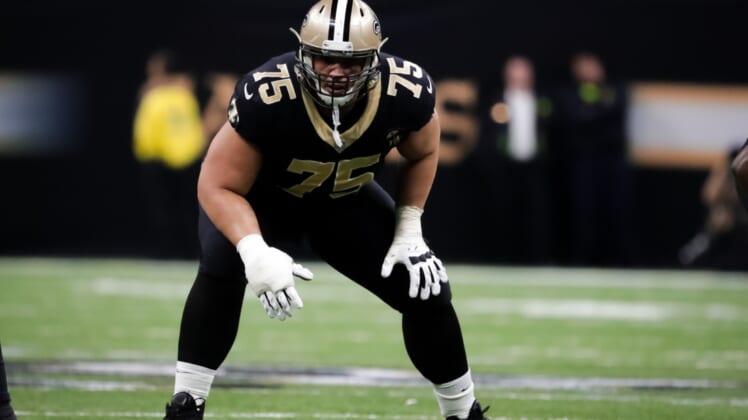 The Saints are also expected to release linebacker Kwon Alexander in the coming days, a move that would clear another $13 million in cap space.

Sanders, who turns 34 on March 17, would have counted $10.5 million against the salary cap in 2021. His release frees up $6.5 million, per Spotrac. Sanders confirmed his release in a social media post.

Sanders caught 61 passes for 726 yards and five touchdowns in 14 games in his first season with New Orleans in 2020.

The Saints reduced Jenkins’ salary to $1.05 million, converting $5.5 million of the difference into a signing bonus that will be spread over the next three years, per the report. The team saved $3.4 million for this season.

Jenkins, 33, started all 16 games for the Saints last season, intercepting three passes and racking up 91 tackles and 10 passes defensed.

The Saints traded for Alexander during the 2020 season, sending linebacker Kiko Alonso and a 2022 fifth-round pick to the San Francisco 49ers. Alexander started seven games for the Saints before tearing his Achilles in December, missing the postseason. He’s expected to be ready for training camp.

The Saints slapped safety Marcus Williams with the franchise tag on Tuesday.