How To Watch the Tennessee Titans Games Lives This Season (2022) 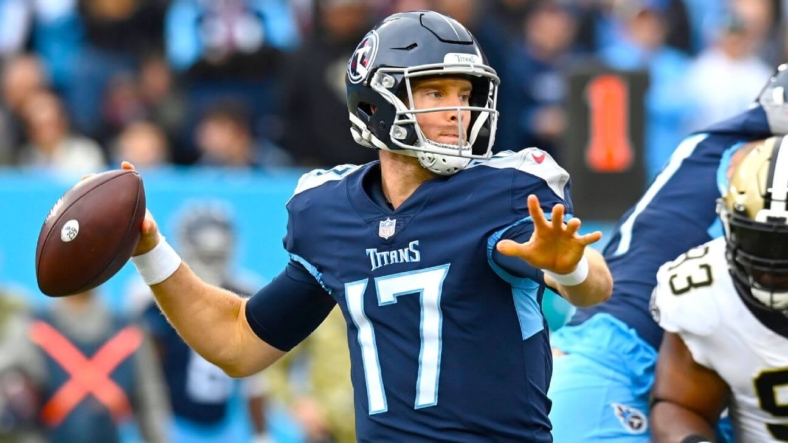 The Tennessee Titans will look to repeat as AFC South division champions once again, but the competition has improved since last year. After losing Derrick Henry to a broken bone in his foot last year, the Titans still managed to finish the season 12-5 and make the playoffs. Their playoff run was short-lived after losing to the Cincinnati Bengals 19-16, but with a healthy Derrick Henry back for 2022, the Titans hope to make another deep run in the playoffs this year.

If you’re looking for a way to stream the Titans game this year you’ve come to the right place. You can watch nearly all of the Titans 2022-23 games on a streaming service that has Fox, CBS, NBC, ESPN, and NFL Network. Let’s break down which options are the best.

Where can you stream almost all of the Tennessee Titans games?

For just $69.99 per month, Hulu + Live TV gets you access to some of the best on-demand libraries of movies, shows, and originals, and hosts over 75+ live TV channels. They also provide an ad-free option for an additional $6 per month. Now, when you sign up for either of the two Hulu + Live TV plans, you’ll get Disney Plus and ESPN Plus for free. This is why Hulu + Live TV ranks among the best streaming service plans for Tennessee Titans fans.

DIRECTV STREAM is another great streaming option for you Titans fans due to its wide channel offering of national and local channels. DIRECTV STREAM also has additional sports packages such as NFL Redzone if you want even more football than just the Titans on Sundays. For a limited time, DIRECTV STREAM is giving customers a five-day free trial to let them try the service out before committing to a monthly package. DIRECTV STREAM is also offering $40 off your first two months, but the deal won’t last forever!

FuboTV offers one of the most flexible streaming plans for any diehard Titans fan. There are four main plans with FuboTV, all of which offer channels like Fox, CBS, NBC, and some add-ons even offer NFL RedZone and NFL Network. The bigger plans are a bit more expensive but the channels list makes the cost worth it for most customers. Make sure to try out the seven-day free trial before making your decision.

Sling TV is one of the most affordable streaming options for any Titans fan not wanting to spend more than $50 per month. Its base plans start at $35 per month, or you can get both packages for $50 per month. Sling TV has a wide channel list offering but you can also get additional sports channels with the Sports Extra add-on for anyone looking to catch even more football games. Sling TV is running a limited-time promotion to get half off your first month.

YouTube TV is another great live TV streaming service for Titans fans. To make things simple YouTube TV only offers one main plan for just $64.99 per month. The plan includes on-demand movies, shows, and originals as well as over 85+ live TV channels. Right now, YouTube TV is also running a promotion to get $30 off your first three months ($10 per month).