Disney Plus gives you access to thousands of Marvel, Star Wars, and Pixar titles — completely ad-free. What are you waiting for? 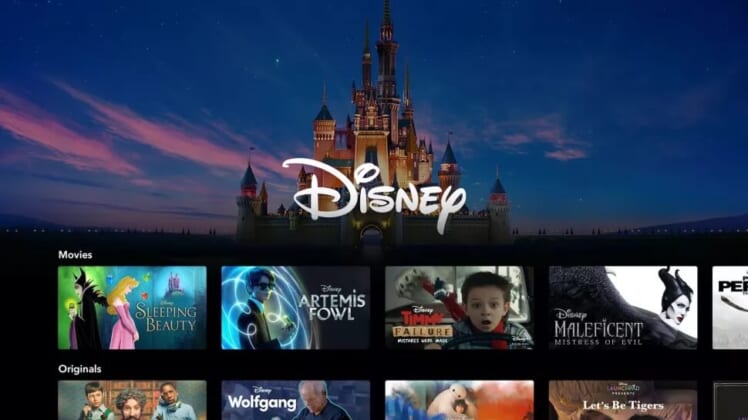 Disney Plus quickly became one of the world’s most popular streaming services, garnering over 130 million subscribers in just a few years after its launch. Its success can mostly be accredited to iconic series like The Avengers, Star Wars, and The Mandalorian. For just $7.99 per month, you’ll get access to hundreds of new and classic titles from Disney, Marvel, Star Wars, Pixar, and National Geographic. You’ll also get a first look at the latest original series that Disney Plus puts out.

Outside of on-demand content, the streaming giant doesn’t include live TV or any sports content. However, you can bundle Disney Plus with ESPN Plus and Hulu for a discounted price on all the services to get an expanded library of movies, shows, originals, live events, and more.

If you’re wondering if Disney Plus is worth it, read on to learn everything you need to know about one of the hottest streaming services currently on the market.

What plans does Disney Plus offer?

The Disney Plus Base Plan Breakdown

Disney Plus is widely known as one of the best streaming services for kids, as it’s filled with fairytales, magic, and childhood nostalgia. But the service still appeals to adult viewers, too. In the Disney Plus streaming library, you’ll find a massive catalog of popular TV shows and movies, such as “Wandavision,” “Turner and Hooch,” and “Hawkeye” that you can’t find anywhere else. With ad-free streaming and subscription costs lower than most of its competition, Disney Plus is hard to beat.

A standard Disney Plus subscription costs $7.99 per month or $79.99 per year. The catalog is constantly growing with additions like “Turning Red,” “Encanto,” and “Hocus Pocus 2.” You’ll also find Disney Plus Originals, such as “Ms. Marvel” and “Obi-Wan Kenobi” in the lineup. If you’re looking for something binge-worthy, you’ll have access to all 31 seasons of “The Simpsons,” or you can enjoy documentaries from National Geographic like “Apollo: Missions to the Moon” or “The World According to Jeff Goldblum.”

Young or old, viewers of all ages will find something they love on Disney Plus. While there’s no free trial available for the service, at the affordable price of $7.99 per month, customers have little to lose with this classic subscription choice.

At $13.99, Disney Plus and ESPN Plus come bundled with Hulu’s base plan. While Disney Plus and ESPN Plus are ad-free, Hulu will still show ads in their programming. If you want a more seamless streaming experience, you can upgrade your Hulu account to the ad-free plan for $19.99 per month. With this option, each service costs less than $7 per month.

In addition to hundreds of classic movies and TV shows in the Disney Plus library, you’ll gain access to thousands of Hulu titles, including popular originals like “The Handmaid’s Tale,” “Normal People,” and “The Great.” New episodes from current TV shows are added to the library 24 hours after they air. With everything from sports to comedy to history, the options are endless!

The final portion of the bundle, ESPN Plus, is dedicated entirely to sports. You’ll find live games, UFC fights, and plenty of documentaries, movies, and shows featuring some of the biggest names in sports. You’ll also get access to ESPN’s award-winning “30 for 30” documentary series covering some of the most compelling sports stories over the past 30 years. While you won’t find live NBA or NFL games on the ESPN network, ESPN Plus is a solid choice for on-demand content, sports talk shows, and live MLB, NHL, and MLS games.

Get the Disney Bundle Now

Offering Disney and Disney-owned content exclusively, Disney Plus isn’t the best option for sports fans. However, with ESPN Plus included in the Disney Bundle, you’ll find a variety of content that the whole family can enjoy, including live MLB, NHL, and MLS games, sports documentaries, and the “30 for 30” documentary series. You’ll also find plenty of other ESPN Plus exclusives, such as “Draft Academy,” which is a behind-the-scenes look at the top players hoping to be selected in the upcoming NFL draft. Additionally, ESPN Plus offers a nightly hockey highlight show, a basketball series hosted by Kobe Bryant, and the ESPN FC roundtable soccer discussion program.

If you wish to watch ESPN’s traditional programming like NBA games, college football, and basketball, you’ll need to subscribe to a different service, such as FuboTV or Sling TV. But overall, the Disney Bundle is an excellent option for families that want a wide variety of content, including limited access to sports. However, serious sports fans may prefer other streaming services for a more robust sports lineup.

How does Disney Plus compare to other streaming services?

Disney Plus offers a wide variety of content for a small monthly fee. However, unlike services like Netflix and Prime Video, which feature a rotating mix of popular movies and TV shows, Disney Plus is focused entirely on Disney-owned content. While the service doesn’t have as large of a selection of movies and TV shows to choose from, its content lineup is still of high quality.

Despite the less extensive content library, Disney Plus offers the largest number of user profiles out of its competition. You’ll be able to create unique profiles (up to seven) for each family member. Multiple profiles can come in handy if you want to add parental control to protect the little ones from inappropriate content. Plus, with up to four simultaneous streams (compared to only two on Hulu and three on Sling TV), each family member can watch their favorites on different devices simultaneously.

While it may not be the best subscription choice for die-hard sports fans, Disney-lovers, families, or viewers looking for a wide range of content can benefit significantly from low prices and quality titles with Disney Plus and the Disney Bundle. Just $1 more than Hulu’s base subscription or ESPN Plus, it’s one of the most affordable and convenient streaming services on the market.

What are the downsides of Disney Plus?

Since Disney Plus offers exclusively Disney-owned content, you won’t find the variety that other streaming services like Netflix or HBO Max offer. However, this isn’t an issue with the Disney Bundle, but for subscribers looking to keep costs low, an Amazon Prime Video or standalone Hulu subscription may be a better fit. And while the Disney Bundle offers ESPN Plus (which includes some sports streaming and popular documentaries), sports-lovers may still need to look elsewhere to livestream their favorite events.

What makes Disney Plus stand out?

The biggest draw of Disney Plus is that you only have to pay $7.99 per month to access hundreds of Disney classics and new Marvel, Star Wars, and Disney Channel content. In addition, with access to Hulu and ESPN Plus in the Disney Bundle, viewers of all ages and preferences can find something to enjoy.

Subscribing to Disney Plus is simple. Here’s how to get started:

How to cancel my Disney Plus subscription

Here’s how to cancel your Disney Plus subscription:

Is Disney Plus worth it?

Disney Plus is a great choice for viewers of any age who enjoy rewatching classic Disney, Marvel, Star Wars, and Pixar shows and movies. The Disney Bundle is a comprehensive option for those looking for more variety at a low monthly cost, as it provides access to everything from sports and animation to horror and action. Almost anyone can find something they love with Disney Plus — and you likely will, too!

Which is better: Netflix or Disney Plus?

Disney Plus offers a strong lineup of content that Marvel, Star Wars, and Disney fans are sure to love. However, Netflix may be a better choice for viewers looking for a broader range of popular TV shows, movies, and original content.

What are the cons of Disney Plus?

Since Disney Plus offers exclusively Disney-owned content, other services like Hulu, Netflix, or Prime Video may appeal to viewers looking for a more robust content lineup to choose from.

Why is Disney Plus so popular?

With an extensive on-demand library that goes back several decades, Disney Plus is a reliable option for families to rewatch childhood classics, new releases, and popular titles that you won’t find anywhere else.