Tom Brady to Miami Dolphins ‘definitely on the table’ in 2023

The Miami Dolphins were stripped of their 2023 first-round pick by the NFL for violating the league’s anti-tampering policy tied to conversations with Tom Brady from 2019 to 2022. With the future Hall of Famer one of the top NFL free agents in 2023, a deal might come to fruition.

Dolphins’ owner Stephen Ross has coveted Brady for years. In the lawsuit filed by former Dolphins’ coach Brian Flores, he accused Ross of pressuring him to recruit Brady to Miami. Ross allegedly went as far as setting up an “impromptu” meeting between Flores and Brady on his yacht after the 2019, which Flores left immediately after realizing what was happening.

The accusations resulted in the NFL launching an investigation into the Dolphins for tampering. Months after the inquiry was launched, the NFL fined Ross $1.5 million dollars and the Dolphins forfeited their 2023 first- and 2-24 third-round picks.

Flores’ lawsuit had ripple effects on Miami’s 2022 season. After originally planning to acquire Sean Payton from the New Orleans Saints and then luring Brady to Miami as part-owner and eventual quarterback, the Dolphins pivoted to Mike McDaniel and stuck with Tua Tagovailoa.

With Brady poised to become a free agent and Tagovailoa recovering from his third head injury in one season, it seems Miami could make another run after its long-sought-after quarterback.

According to Mike Florio of Pro Football Talk, Brady landing with the Dolphins is at least possible this offseason. As one source familiar with the dynamics surrounding the legendary quarterback said, it’s “definitely on the table” that Brady could land in Miami.

While it might seem like reckless speculation from an NFL insider, Florio first reported on the Dolphins’ pursuit of Brady and Payton in 2022. He has also previously covered Miami’s efforts to lure Brady with a minority ownership stake and the opportunity to go from owning a small percentage of the team to playing for the Dolphins. 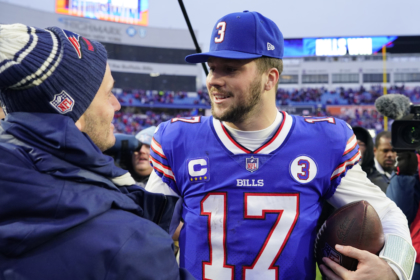 Miami is in a very delicate spot with Tagovailoa entering the 2023 offseason. McDaniel told reporters on Friday that the Dolphins’ quarterback still hasn’t been cleared to take part in on-field football activity, a crucial part of the NFL’s concussion protocol.

While the team won’t publicly say anything regarding Tagovailoa’s long-term future, it’s far from a guarantee that he is cleared to keep playing football. Even if he returns to the field for the 2023 regular season, a fourth concussion in a calendar year could jeopardize his career. 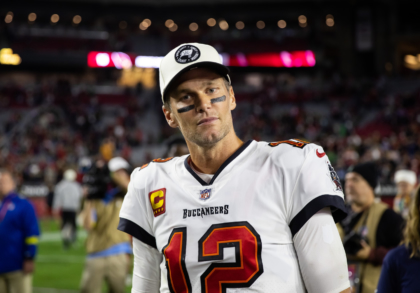 While Tagovailoa has a close relationship with McDaniel, Ross has proven he will step in and try to interfere with football decisions. Given the number of offseason when he has pursued Brady, even when the All-Pro quarterback was under contract, it’s not out of the question to think another pursuit is made this spring.

Miami offers Brady the opportunity to face Bill Belichick and the New England Patriots twice a year, an appealing benefit for the seven-time Super Bowl champion. Even entering his age-46 season, Brady remains an accurate passer and his quick decision-making and fast release would make him a viable fit in McDaniels’ offense.

The Dolphins would face plenty of competition with the New York Jets, San Francisco 49ers and Las Vegas Raiders among the teams interested in Brady. If he wants to remain in Florida, though, the connections to Miami at least raise the possibility of a partnership.