Tom Brady’s days playing for the Tampa Bay Buccaneers appear to be numbered, but his days playing in the NFL could very well continue for at least one more season, and there are sure to be many suitors for his championship services in NFL free agency next year.

The Buccaneers will likely limp into the NFL playoffs as the saddest division winner in 2022. Assuming they win their next two — far from a guarantee — the team will finish a game over .500 and surely be an underdog heading into their Wild Card Playoff matchup.

Suffice it to say, this Tampa Bay team is far removed from the unit that brought a Super Bowl home in 2020. The organization seems in a transition period after head coach Bruce Arians retired before the season, and Brady is unlikely to return to an organization on the cusp of a rebuild for what could be his final professional season.

Also Read: Broncos great alleges Russell Wilson has ‘ticked a lot of people off’ with his attitude

Despite his advanced age, if the 45-year-old chooses to again delay a career in broadcasting, he will still be a sought-after talent in NFL free agency even after a down year. With that in mind, here are five playoff-caliber teams who could see Tom Brady as the missing ingredient to a Super Bowl contender in 2023.

Tom Brady landing with the Miami Dolphins as a part owner or player was a real possibility before this season. However, that never came to pass and the strong start for QB Tua Tagovailoa seemed to put the idea to bed. That was until Tagovailoa entered the concussion protocol for a third time this season and his play stopped matching his hot start in 2022.

Clearly, Dolphins owner Stephen Ross and Brady have a good relationship. If this year’s Miami team falls flat in the playoffs, expect Ross to make a push for Brady again — despite their tampering past — with future ownership being a key selling point. 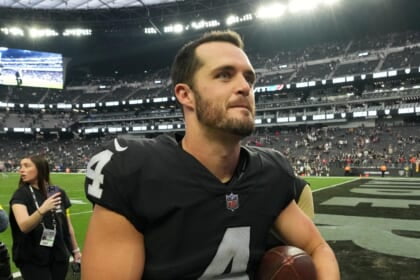 The New York Giants could have a QB opening heading into 2023 with Daniel Jones far from a guarantee to be retained in the offseason. The Giants organization isn’t one that makes major free-agent signings. However, the team could decide a pact with Brady is worth it to make a hard one-year run at Super Bowl title number five.

The future Hall-of-Famer could certainly be intrigued by working with a respected offensive mind like head coach Brian Daboll and a Pro-Bowl running back like Saquon Barkley (if the team re-signs him).

With the unsurprising news that the Las Vegas Raiders benched Derek Carr this week, they will clearly be in the hunt for a new QB next season. Head coach Josh McDaniels has a championship history with Tom Brady, and there were influential individuals in Las Vegas that made a strong effort to bring the NFL legend there a few years ago.

Considering the talent already on the team, Brady in Silver-and-Black makes a ton of sense at this juncture of his career. 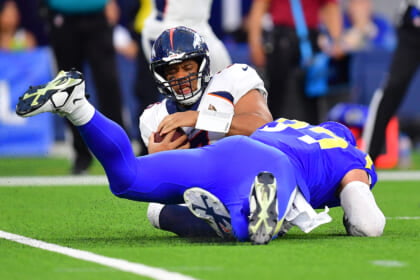 Also Read:
12 highest-paid quarterbacks in the NFL: Struggles define the top of the list

The Washington Commanders could be sold in the next few months, and there would be no better big splash for the new ownership group to make than signing a living legend who can still play at a high level. It is unclear if head coach Ron Rivera will be retained, but the roster certainly has some very nice pieces on offense. A new head coach — possibly Sean Payton — could make the Commanders a leading option for the 15-time Pro Bowler.

A lot has to happen in the next few months, but if the clock finally strikes 12 on Brock Purdy’s Cinderella ride with the San Francisco 49ers, they could be the top contender for Tom Brady in the offseason. They have an elite defense to keep scores low, and world-class offensive toys in Deebo Samuel and Christian McCaffrey to play with.

It’s been almost 30 years since the 49ers’ last Super Bowl win. The organization will be as desperate as ever if they have another disappointing finish in this year’s playoffs.