The Denver Broncos 2022 campaign has been an absolute nightmare, and one team legend claims it has only gotten worse with players being “ticked off” with the attitude, and the unusual perks given to franchise QB Russell Wilson.

At 4-11, the Broncos enter Week 17 with the third-worst record in the NFL and are on pace for one of their worst seasons in 50 years (3-11 in 1967,  2-11-1 in 1964). It is a shocking result for a franchise that had such high expectations heading into the year after acquiring Wilson in a blockbuster offseason trade with the Seattle Seahawks.

What has made this such a disastrous year is that the nine-time Pro Bowler is at the center of the team’s problems. While the defense has been one of the best in the league in 2022, the offense — led by the future Hall-of-Famer QB — has been atrocious. It’s been so bad that following a 51-14 loss to the Rams on Christmas Day, first-year head coach Nathaniel Hackett was given his walking papers by the organization with two games left in the season.

Over the last few weeks, rumors of Wilson’s poor relationship with teammates have started to swirl, and Fox Sports’ Shannon Sharpe claims that Wilson’s “attitude” and the weird perks the Broncos gave the QB after his acquisition have some Denver players “seething.”

After landing Wilson in a trade, the Broncos gave the one-time Super Bowl champion some unique bonuses — like his own office in the team facility and a plethora of parking spaces — in a massive five-year, $242 million contract extension.

Sharpe, who played 10 seasons with the Broncos, claims those perks, and the way Wilson has handled himself in the locker room, has taken his relationship with some teammates to a bad place.

“I don’t know who the head coach is gonna be, but the first thing you do [is say], ‘Russell Wilson, I’m locking this office. You will no longer have an office. All those parking spaces you get at the stadium, they’re gone too — because you’re putting yourself in front of the team.’ I said it before, I’ll say it again, and I stand by it: You ticked a lot of people off with your attitude, bro. You can come out here and talk about how we’re a team and I’m good with my teammates, but deep down inside, they’re seething, and I’m gonna leave it at that.”

Sharpe is well known for his brash, and often ridiculous, hot takes. However, there is reason to believe he is privy to rumblings from inside the organization, especially considering his deep ties to the Broncos. Furthermore, rumors of the divide between Wilson and the team over his attitude have been swirling for several weeks. 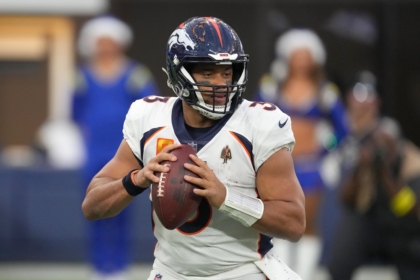