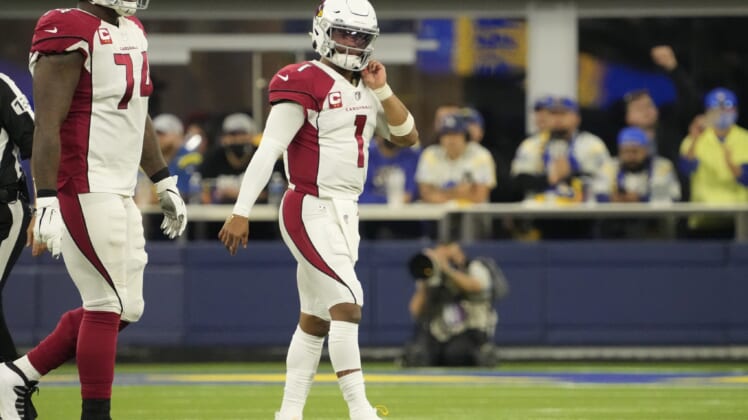 NFL players come in all shapes and sizes. Some are known for their unique names, like Ed “Too Tall” Jones, and others come up a bit short. This ties into our latest project, finding the shortest NFL players currently in the league and the smallest NFL players of all time.

Down below, you’ll discover who the shortest NFL quarterback of all time is, in addition to many other small facts.

The shortest QB in NFL history title belongs to Eddie LeBaron. Measuring at 5-foot-7, “The Little General” is believed to be the shortest quarterback to have ever started in the NFL.

Based on the 2021-22 season, New England Patriots’ J.J. Taylor was not only the shortest football player in the NFL, he was also the shortest running back in football. Taylor measures at 5-foot-5 1/4.

The shortest running back in NFL history is believed to also be Taylor, but a player later on this list could technically qualify as well.

There are several candidates who might deserve the title of being the shortest defender in the NFL. Several active NFL defenders are officially listed at 5-foot-8, but sometimes people like to tell small fibs about their true height.

As best as we can tell, New England Patriots defensive back Myles Bryant is the shortest active NFL defender, measuring 5-foot-7 7/8.

‘Mighty Mouse’ is the shortest NFL defender of all-time

To play defense, you need to be able to tackle opposing ballcarriers. Which today would mean bringing down the hulking 6-foot-3, 247-pound Derrick Henry. Luckily, for the shortest NFL defender of all time, Mark McMillian, he never had to face Henry’s wrath.

Measuring at 5-foot-7, “Mighty Mouse” played in 127 games at cornerback during his six-year pro football career.

Who is the shortest NFL player ever? The smallest football player is said to have been Jack Shapiro, who stood 5-foot-1 and weighed 119 pounds. It’s safe to say, Shapiro wouldn’t have had a very long career with the size, strength and speed of today’s NFL athletes.

Though, to be fair, Shapiro’s career wasn’t very lengthy back in 1929 either. He played in one game, but still, he did it. This makes Shapiro the shortest football player to ever play in an NFL game. Who says you’re not big enough to play pro football?