Patriots quarterback: Top options for the team in 2021 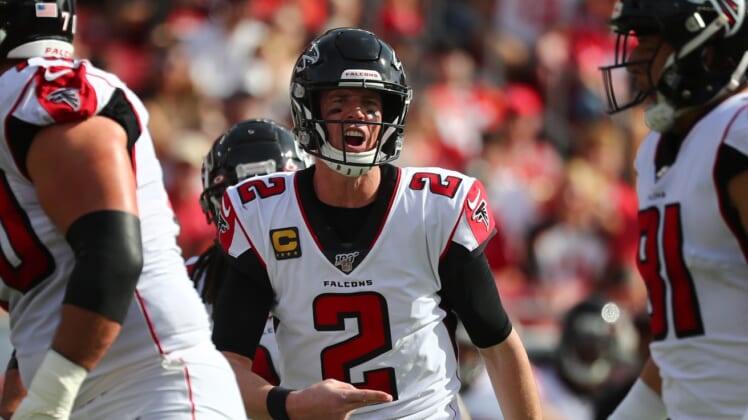 A look at Patriots quarterback options: The 2020 season is a weird one for the New England Patriots, largely because many people never thought that legacy quarterback Tom Brady would ever play for another team. Betting on Brady was, after all, the reason they were comfortable trading away two backup New England quarterbacks in Jimmy Garoppolo and Jacoby Brissett.

When looking for a replacement, they signed Cam Newton to a one-year deal. Taking a chance on Newton was questionable from the start, as he has struggled with injuries for most of his career. Many believed that starting duties should have been given to Jarrett Stidham or that the two men should have split them.

But with the one-year Newton deal coming to an end, the Patriots are going to have to look around the league to figure out what to do next season. So, we have created a list of who could fill the Patriots quarterback position in 2021.

There is still a possibility that Newton could remain a New England Patriot and sign a deal in March. He has been learning Bill Belichick’s plays and methods in a season that Belichick knew would be a write off and could be given a chance to play with a full team and without COVID.

He seems to have owned up to his struggles this season, and has come out to play better after some struggles against the Buffalo Bills and the San Francisco 49ers. Newton’s health remains a question though, and there’s a very real chance that his redemption campaign hasn’t been enough to secure him a spot next season. That’s especially true following a brutal performance against the Los Angeles Rams in Week 14.

Garoppolo, of course, was the backup quarterback for Tom Brady for many years. He, too, is familiar to Belichick and many of the New England Patriots wide receivers, namely Julian Edelman. San Francisco may be giving up on Jimmy G after a couple injury-plagued seasons. Belichick may be willing to take a risk on injuries–he did with Newton, after all–and he is still young enough at age 29 to stick around for a little while. Jimmy Garoppolo might just return to New England to become the starting Patriots quarterback.

Thirty-five year old Ryan isn’t having the greatest year with the Atlanta Falcons. Their 4-11 record is far from the worst in the league, but there is definitely room for improvement.

Trading the aging Ryan for young draft picks or prospects makes sense. Meanwhile, New England could use the leadership in the rebuilding phase. Ryan would be a bridge quarterback in New England, sticking around a few years to teach the next generation before retirement.

Marcus Mariota is wildly undervalued as the backup quarterback in Las Vegas. Even though he lost his starting job to Ryan Tannehill, the second overall pick in 2015 could very well be a starting quarterback again next season.

He isn’t a free agent, so New England would have to give something up for him. A few draft picks would do, though, and 27-year old Mariota could become a starter again as the Patriots quarterback.

RG3 is an unrestricted following the season, and isn’t really an expensive option. His current salary with the Baltimore Ravens is $4 million, in his only game this season, he proved he can still play. He serves as the backup for Lamar Jackson right now and, despite his many knee injuries, still has starting capabilities.

He was a starter with the Washington Football Team for a long time, and there’s no reason Belichick couldn’t see him as one of the best available quarterback options. Robert Griffin III is a very compelling options to become the Patriots quarterback in 2021.

This season, Flacco is playing for the New York Jets. He became the starter when Sam Darnold got hurt, and proved he is still a very capable quarterback. Belichick would likely also appreciate that he has already won a Super Bowl.

Flacco wouldn’t be a long term solution, because he’s in his mid 30s, but he could be another option as a bridge Patriots quarterback.

Cleveland is off to its best start in a good long time (10-5), but people are still questioning Baker’s abilities as a quarterback. The Browns are rebuilding, and they could get a lot of picks for a young quarterback who is riding his strongest season.

New England has some picks and some young guys in the system to give up where the Cleveland Browns are lacking. The Patriots need a quarterback and Mayfield could be an option.

The Patriots could draft a quarterback

Of course, picking up someone in the draft could be a viable option for the New England Patriots if they can’t find an established player that suits what they seek. It worked for the Baltimore Ravens, for the Miami Dolphins and for the Buffalo Bills (among other teams, of course), so drafting a young superstar and molding him could be exactly what Bill Belichick wants to do. Especially if the team is rebuilding, they might look to nab a young quarterback that can be around for the long haul, and whom they can build the team around.

In the end, only time will tell what New England does next season. Anything could happen, and we all know Bill Belichick is capable of almost anything. The Patriots quarterback position next season is, really, an open question.